Reports of vagrant American Wigeons in western Europe often turn out to be misidentified hybrids, and this is one example of a hybrid that shows a superficial resemblance to American Wigeon, although the careful observer will note a number of differences.

The first bird shows a little orange colouration on the flanks but not so much as this hybrid sometimes shows.  However it does show barring on the breast which is a feature inherited from Chiloe Wigeon and often a useful feature to separate this hybrid from Eurasian x American Wigeon.  There were other Eurasian Wigeon present in the collection but I didn't see any Chiloe or American Wigeon.


The next bird was with the last one in the same collection, presumably a female.


The next birds also show some orange on the sides, barring on the breast and also pale-edged (dark-centred) scapulars which is also a Chiloe feature.  Joern has also pointed out some other Chiloe features on the male, namely the dark on the crown and the white under the tail.  Thre greyish element on the flanks and the cold grey upperparts are pointers towards Eurasian Wigeon rather than American for the other parent.  A female on its own would be harder. 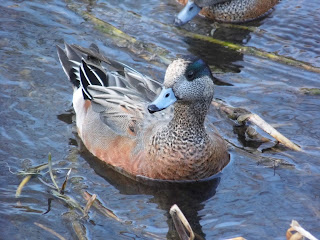 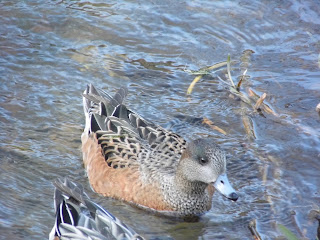 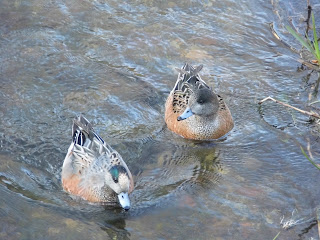 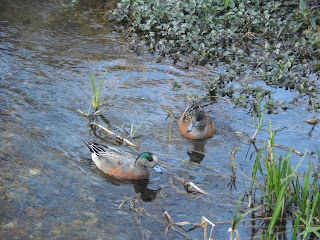 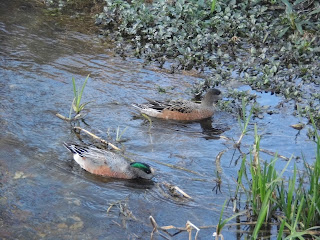 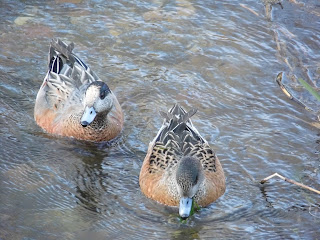 
Joern's photos of another captive pair of hybrids are shown below, but as he wasn't able to get good close-up photos he has also provided his illustrations. 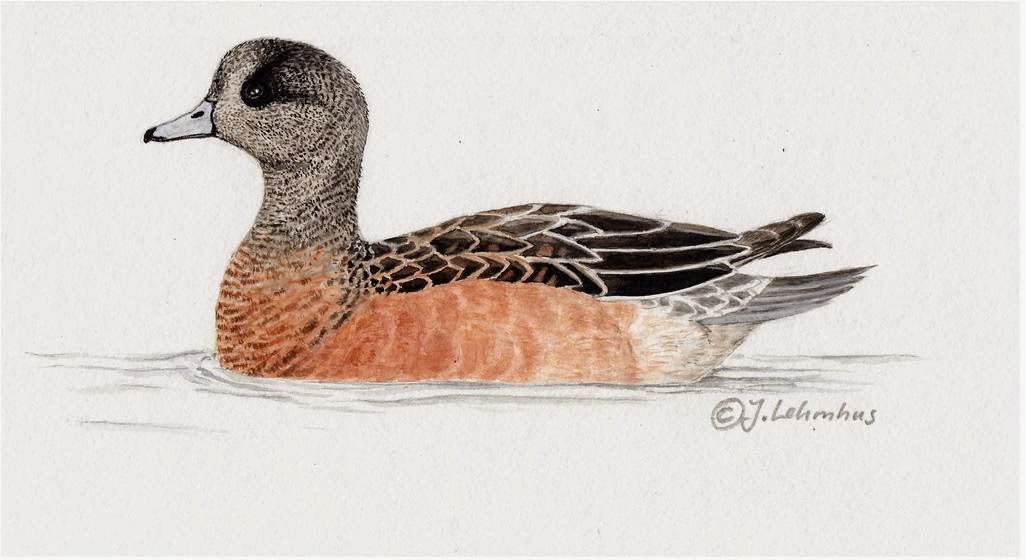 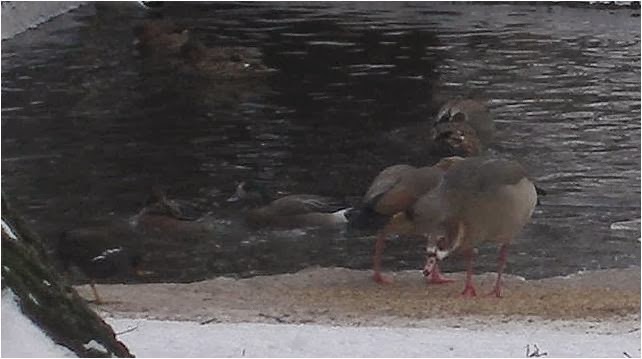 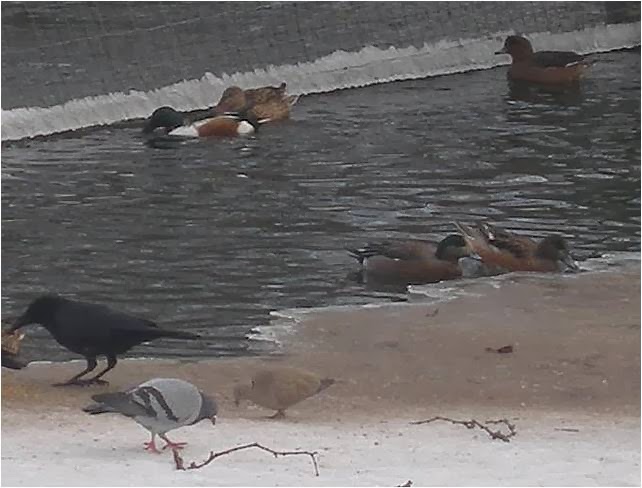 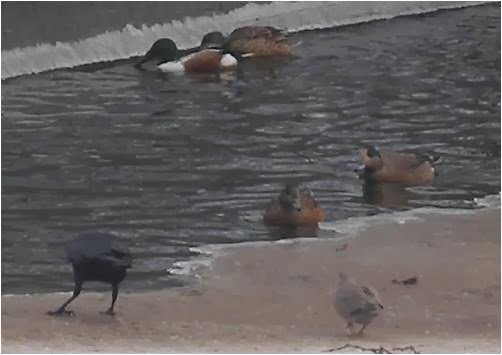 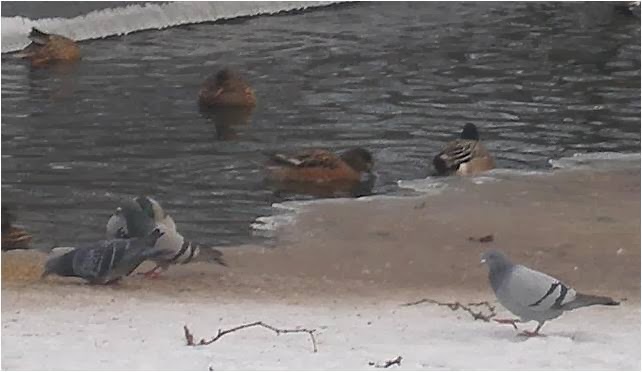 
The next bird has a very broad green head band which is probably indicative of Chiloe Wigeon influence and the orange sides are certainly consistent with that.  As always it is hard to be 100% certain about the exact parentage of Wigeon hybrids. 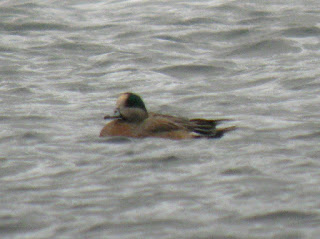 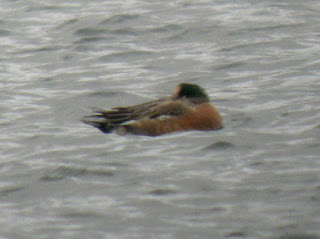