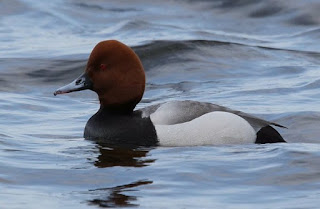 
I suppose this smart hybrid could be overlooked among Pochards given a cursory look, but on closer inspection the identity is clear.  The bill shape and head shape recall Red-crested Pochard while there is a hint of the red bill colour and orange head colour (especially on the crown).  And the smooth grey upperparts contrasting with the whitish-grey flanks are unlike those of Common Pochard.  The angle of the rear edge of the breast seems intermediate.  Note that both this bird and the next one show a diffuse but distinctly paler area on the upper scapulars.  To me this looks almost like a reflection giving it a metallic look, but maybe that is only in photos?

Dean tells us that the next bird was present for just one day among an influx of Common Pochard, normally a scarce bird at this site.  When he first saw it asleep among the Pochard he noticed its slightly larger size, that it was sitting higher in the water and had a darker mantle.  I can imagine thoughts of vagrant Redhead whizzing through Dean's head but he was quick to realise that there was a less salubrious (but equally interesting) explanation.  With better views and sustained observation Dean noted the following: 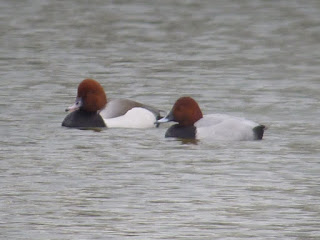 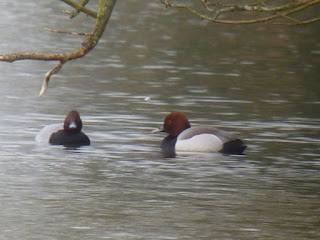 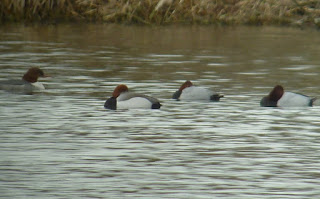 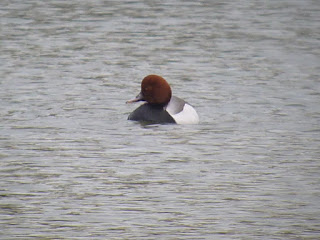 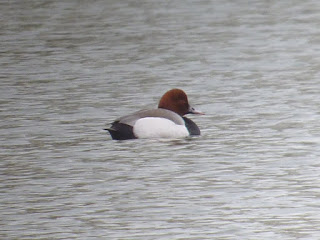 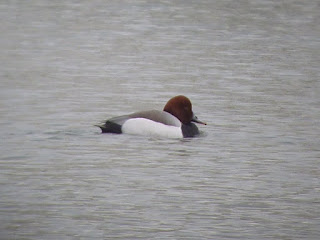 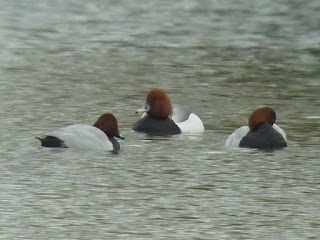 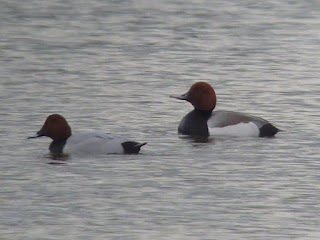 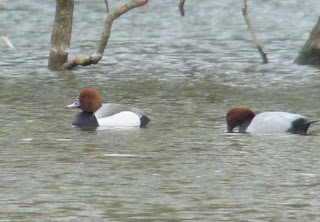 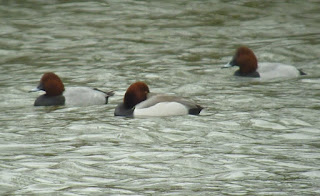 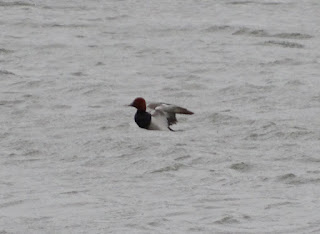 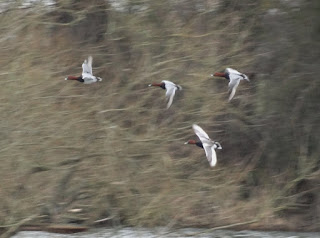 
The next one was found by Lars Michael Nielson and was believed to be the first such hybrid to be seen in Denmark. 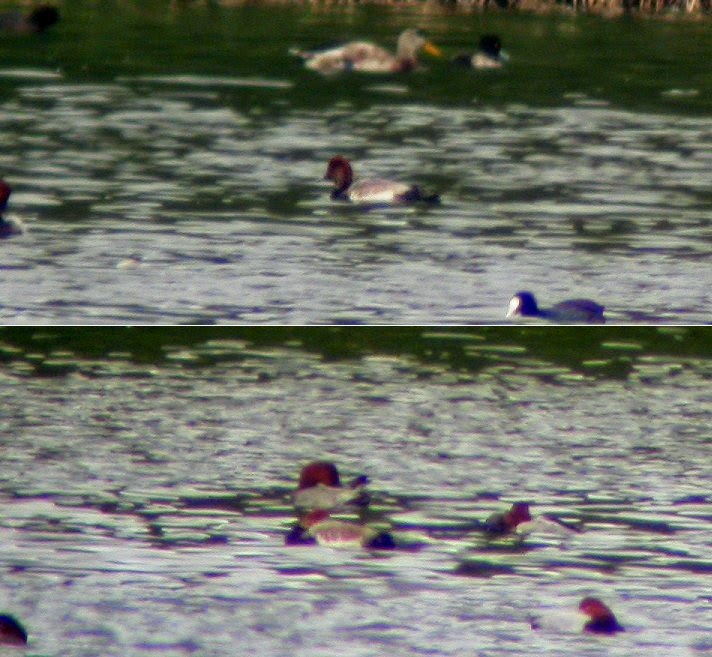 
Although there is no red apparent in the bill the next bird is very similar to Dean's above. 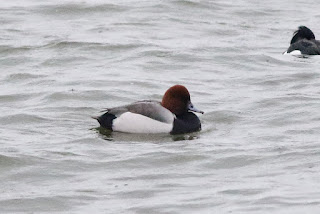 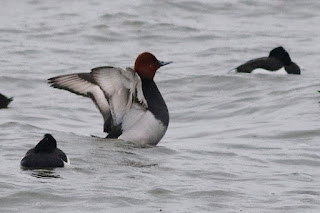 
I presume this is the same bird: 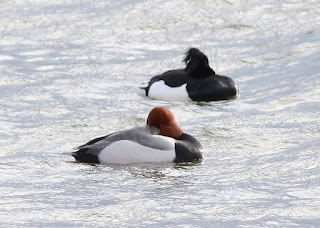 
The next bird is quite similar apart from some brown feathers in the flanks but it has distinct reddish tones to the bill. 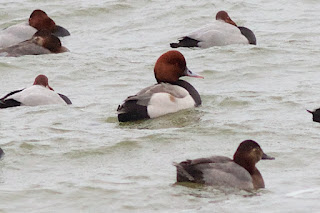 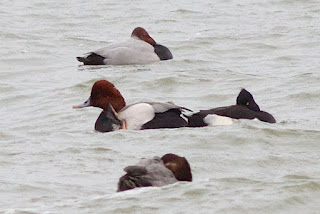 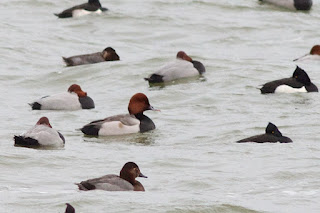 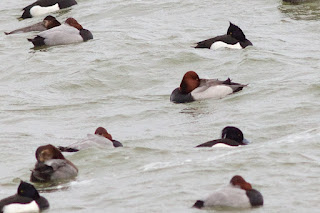 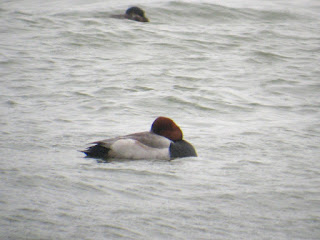 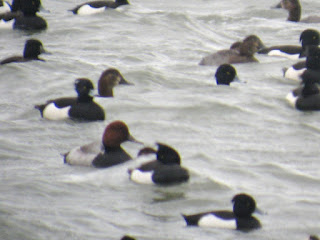 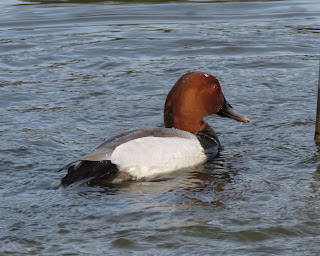 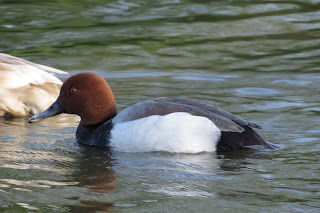 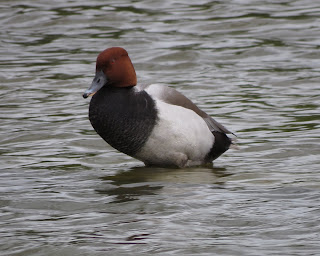