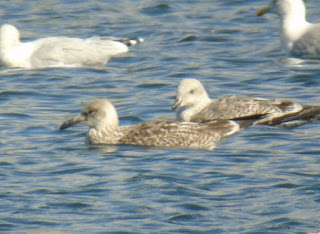 
Dean thought this bird was going to be a first-winter cachinnans (Caspian Gull) when he first saw it but after a longer view he started to have doubts and suspect mixed genes.  He writes:


"Size and proportions were spot on for cachinnans, head and bill shape and position of eye all good, long primaries and tertial pattern was absolutely perfect for cachinnans and the whitish head with subtle mask around eye also fitted cachinnans nicely...  I never particularly liked the well barred greater coverts but occasionally some pure Caspian can show this pattern but generally it is much more a feature of young Herrings.  I was more concerned by the retarded state of moult... it was still in full juvenile plumage which would be remarkable for a Caspian Gull on this date and should really be showing several second generation scapulars now as well as some renewed coverts.  The oak-leafed patterned scapulars were also a bit more Herring-like than I would have liked although when it flapped the underwing/axillaries looked nice and white thus Caspian-like.  When I got home I forwarded the pics to my usual gull contacts and they all agreed that this was no pure Caspian and was in all probability a Caspian x Herring which is a common hybrid pairing in western Europe now (especially East Germany and Poland) where Caspians are spreading west." 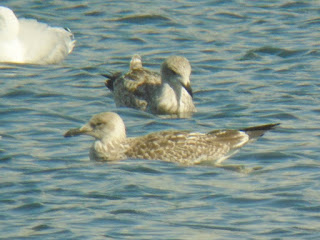 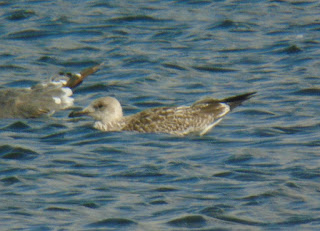 
Here is another Caspian look-alike.  Dean tells us:


"I initially called it a Caspian when I first saw it at range in heat haze but over the following days when I saw it at closer range I realised it wasn’t quite right (slightly odd tertials, dark underwing/axillaries, random scapular moult), so I circulated to my gull contacts for opinion and although there is a lot of guesswork involved with such birds, the general consensus was that it is more than likely a Caspian x Herring hybrid.  A common mixed pairing on East Germany and Poland." 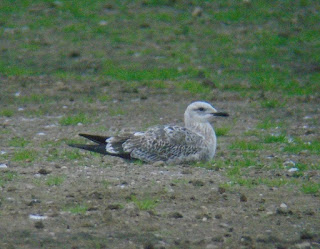 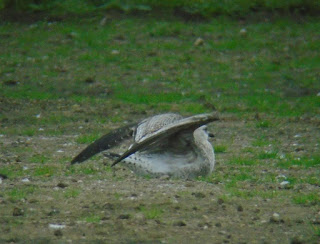 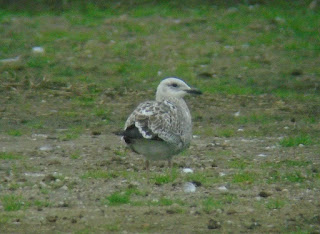 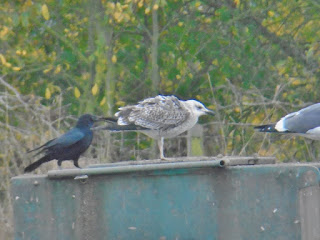 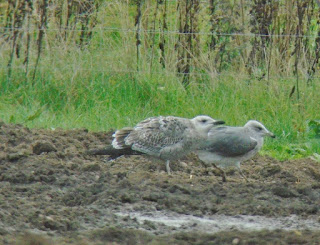 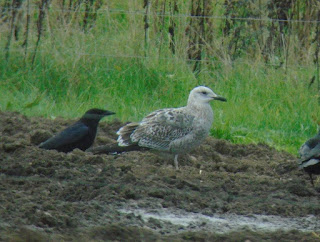 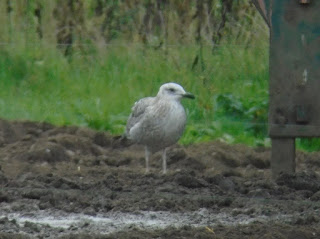 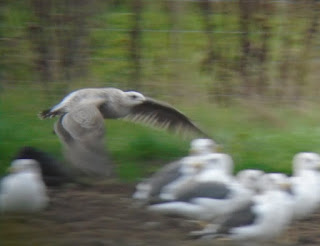