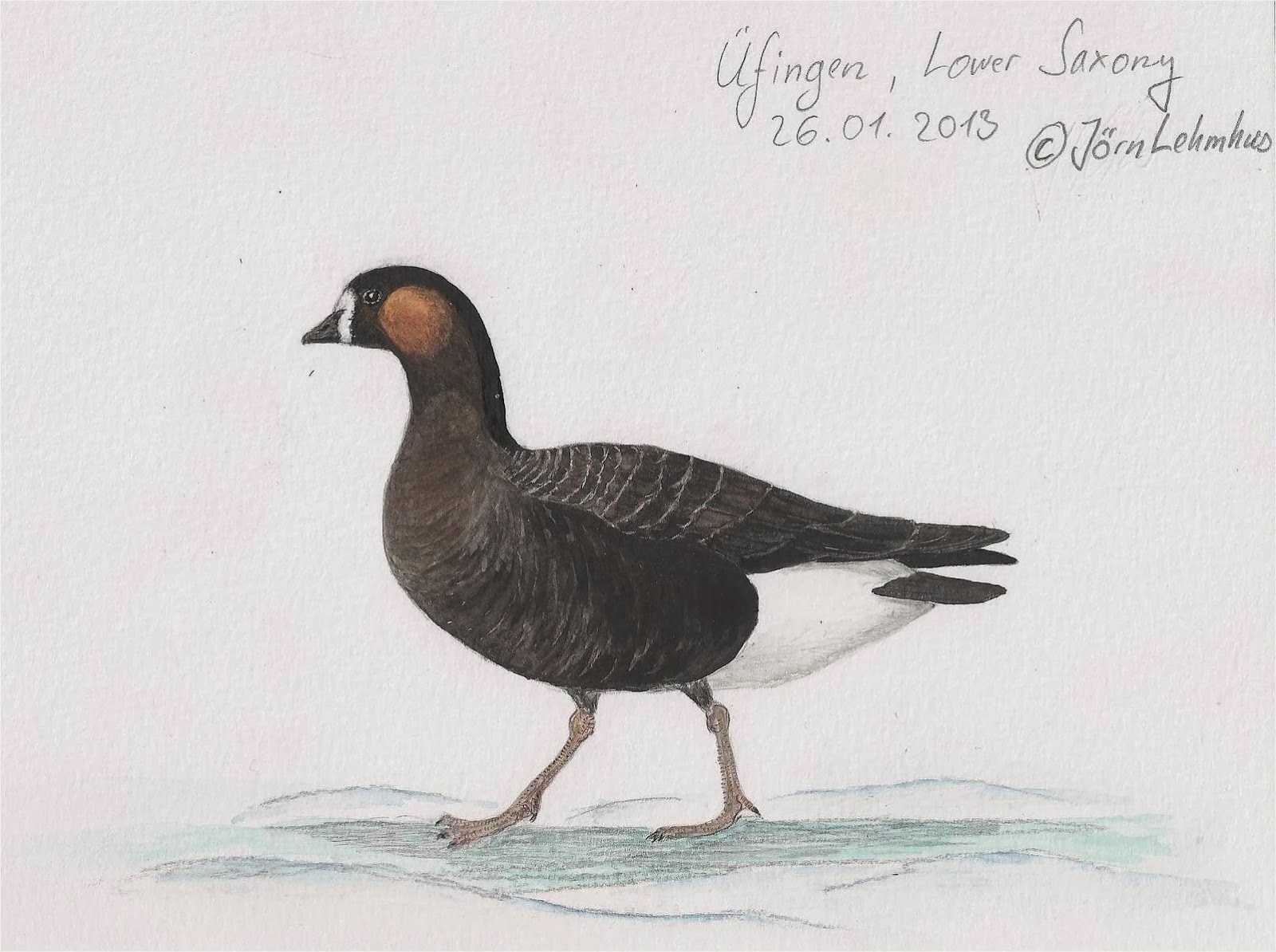 Joern describes this as a small black goose, smaller than a Greater White-fronted Goose.  The cheek patch was ochre and it had white ate the base of the bill; the leg colour was greyish-fleshy, probably not fully correct on the drawing.  The underwing was all dark.  It arrived with a flock of White-fronted Geese, although Tundra Bean Geese and Greylag Geese were also in the area.

It is clearly an Anser x Branta hybrid, and Joern discussed the identity of this bird at length.  I shall attempt to summarise his deliberations.

The dark plumage is typical of White-fronted Goose sp. x Barnacle Goose hybrids, but the cheek patch would be unusual in colour and extent for such a hybrid.

Joern also considered Hawaiian Goose as a candidate for the Branta parent, but notes the lack of strongly-ridged neck feathers typical of that species and at least some of its hybrids, and the dark underwing which is lacking in Hawaiian Goose.