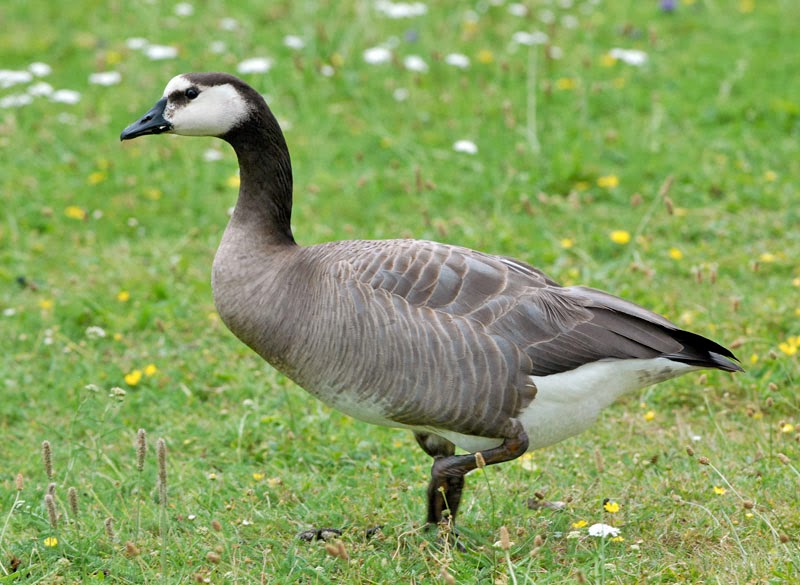 
Apparently the bird shown above was much larger than typical Greylag Goose x Barnacle Goose hybrids.

As with other domestic Swan Goose hybrids it is difficult, if not impossible, to rule out the possibility that the domestic goose parent actually has a mix of Swan Goose and Greylag Goose genes.  However in these birds there is no clear indication of Greylag involvement. 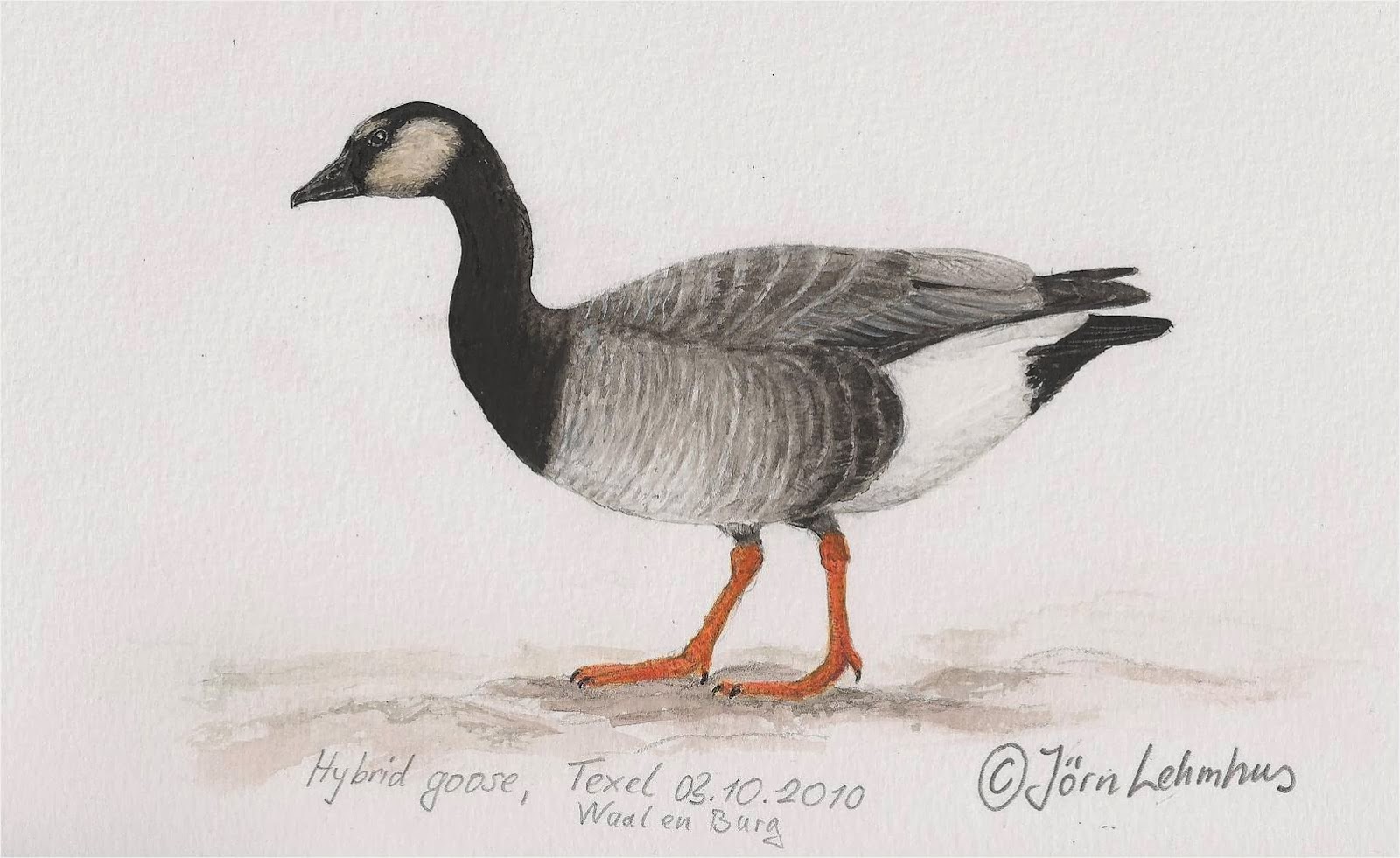 The black bill and the bright orange legs are thought to point to Swan Goose over Greylag, but again this is not to say that both species could not have been involved. 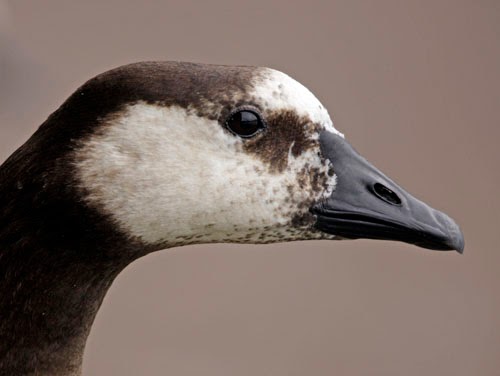 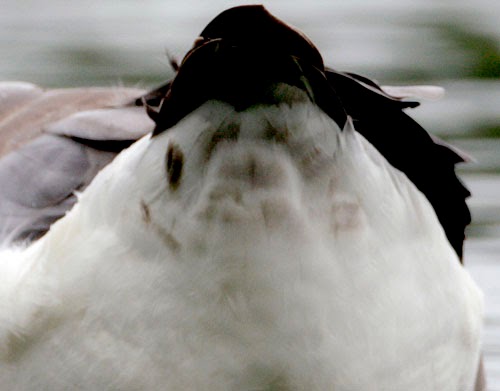 The above ringed bird was hatched in Holland in 2002 and observed annually in Sweden.  Note the feathered knob and all-black bill indicating Swan Goose involvement.  Dsuky undertail markings are typical of many Anser x Branta hybrids, despite this feature lacking in adults of either parent species. 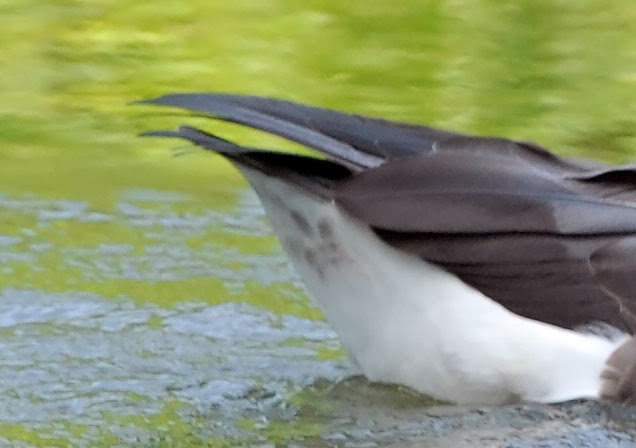 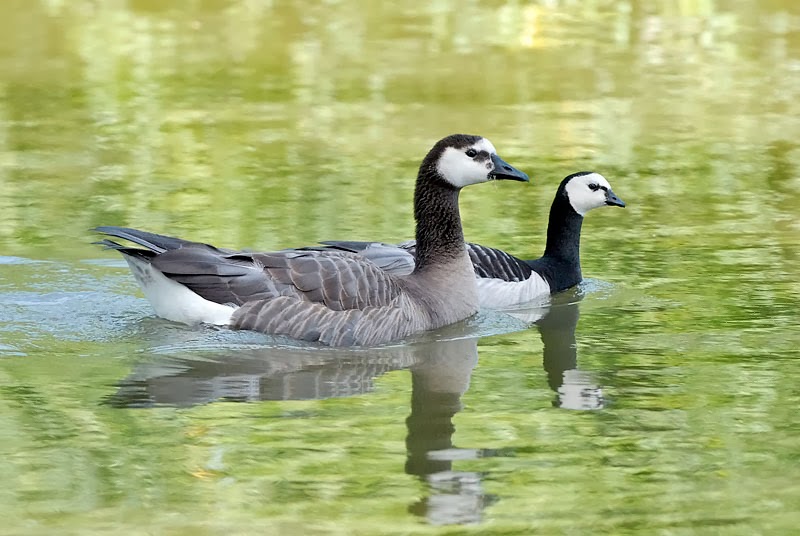 This one is also a dutch-ringed bird (I assume all the photos from Sweden show the same individual?).