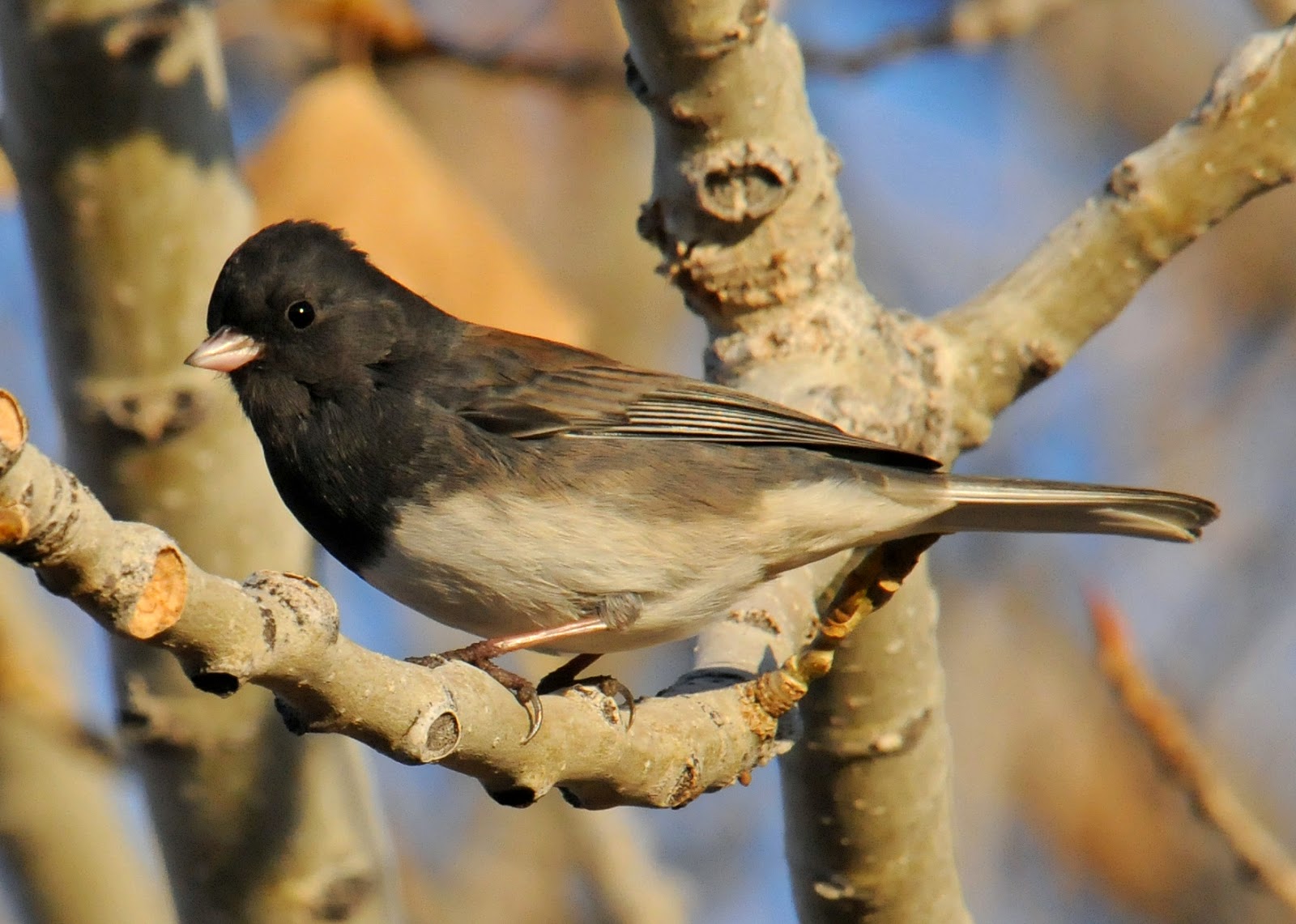 Anyway, whatever the reality of what Cassiar Junco actually is, intergrades between Slate-coloured and Oregon Juncos may still occur.  Steve writes about this one:


"Since most consider Cassiar Junco (which breeds mostly in NE British Columbia) a "hybrid swarm" between Slate-coloured and Oregon Juncos, it is difficult, perhaps impossible to separate a "Cassiar Junco" from a Slate-coloured x Oregon intergrade that has been born outside the range of Cassiar.  Indeed, the point may be academic.  In any case, this birds rather chestnut back patch is somewhat atypical for what is normal considered a Cassiar." 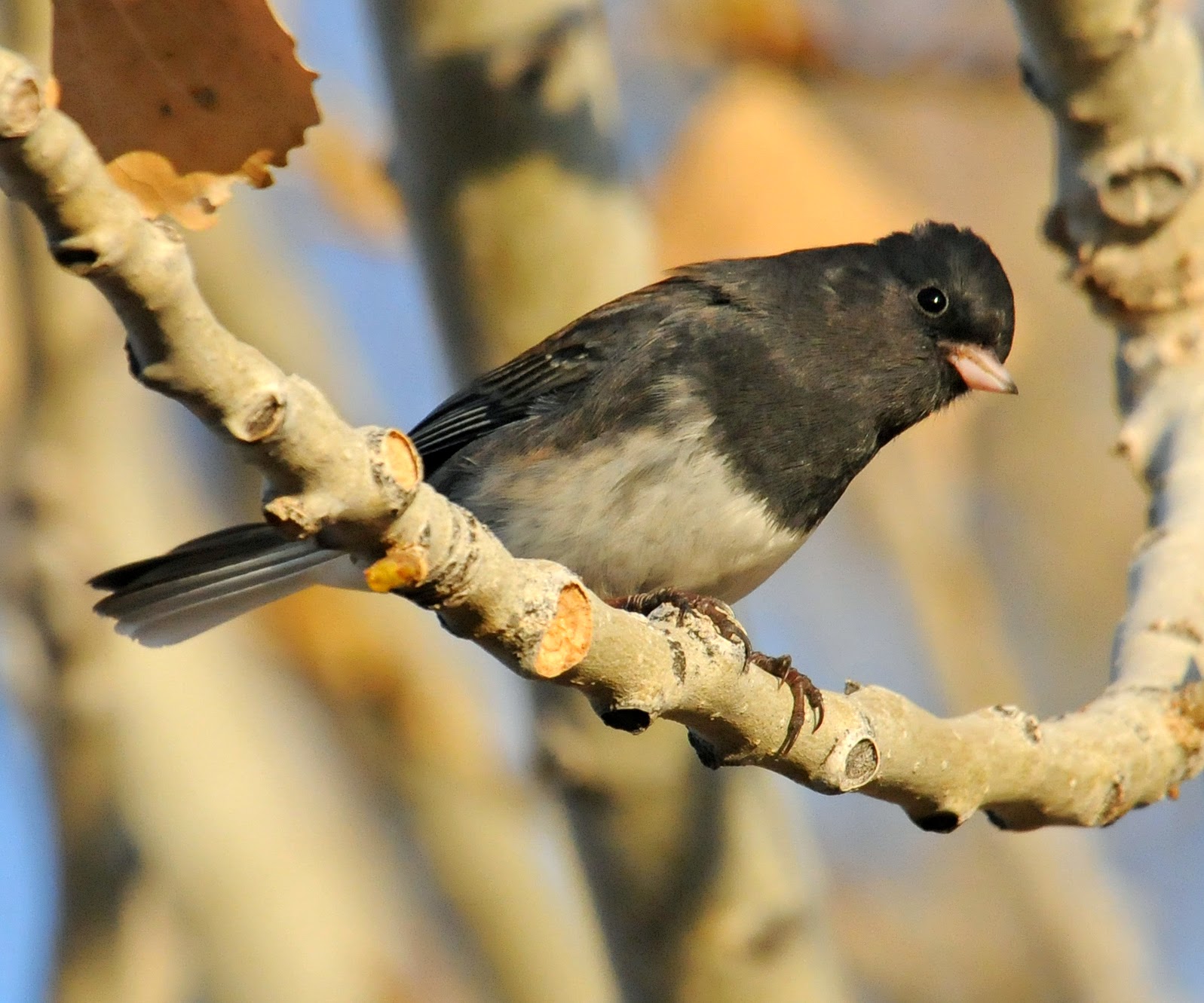