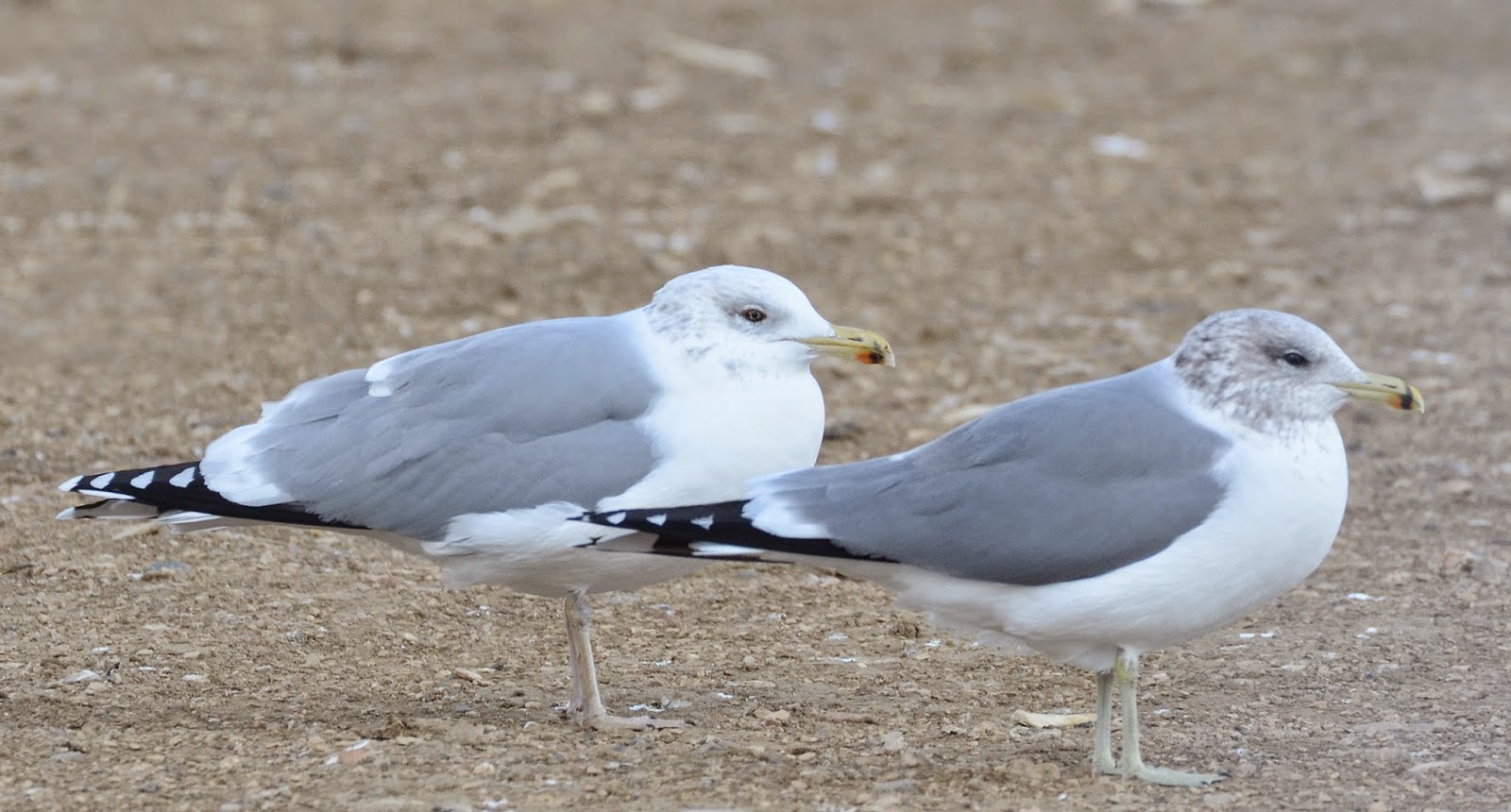 
I've seen a lot of hybrid gull photos from North America but never one involving California Gull before.  Steve explains:


"Upon first glance, Sean Walters and I thought this bird a candidate for an albertaensis California Gull, being larger and paler than the horde of surrounding (presumed) [californicus] California Gulls.  However, we then noted the pale eye, which was rather easy to see... and the flesh color (note olive, olive-gray, yellow) on legs, a color not shown by any other California Gull we could find.  Also, the wings are relatively short with relatively large spots on folded primaries, both atypical at best for California Gull.  The larger bill might be due to hybridization or might be due to sex and subspecific differences.  The other marks seem to indicate Herring Gull x California Gull, a hybrid known from the northern prairies in Canada." 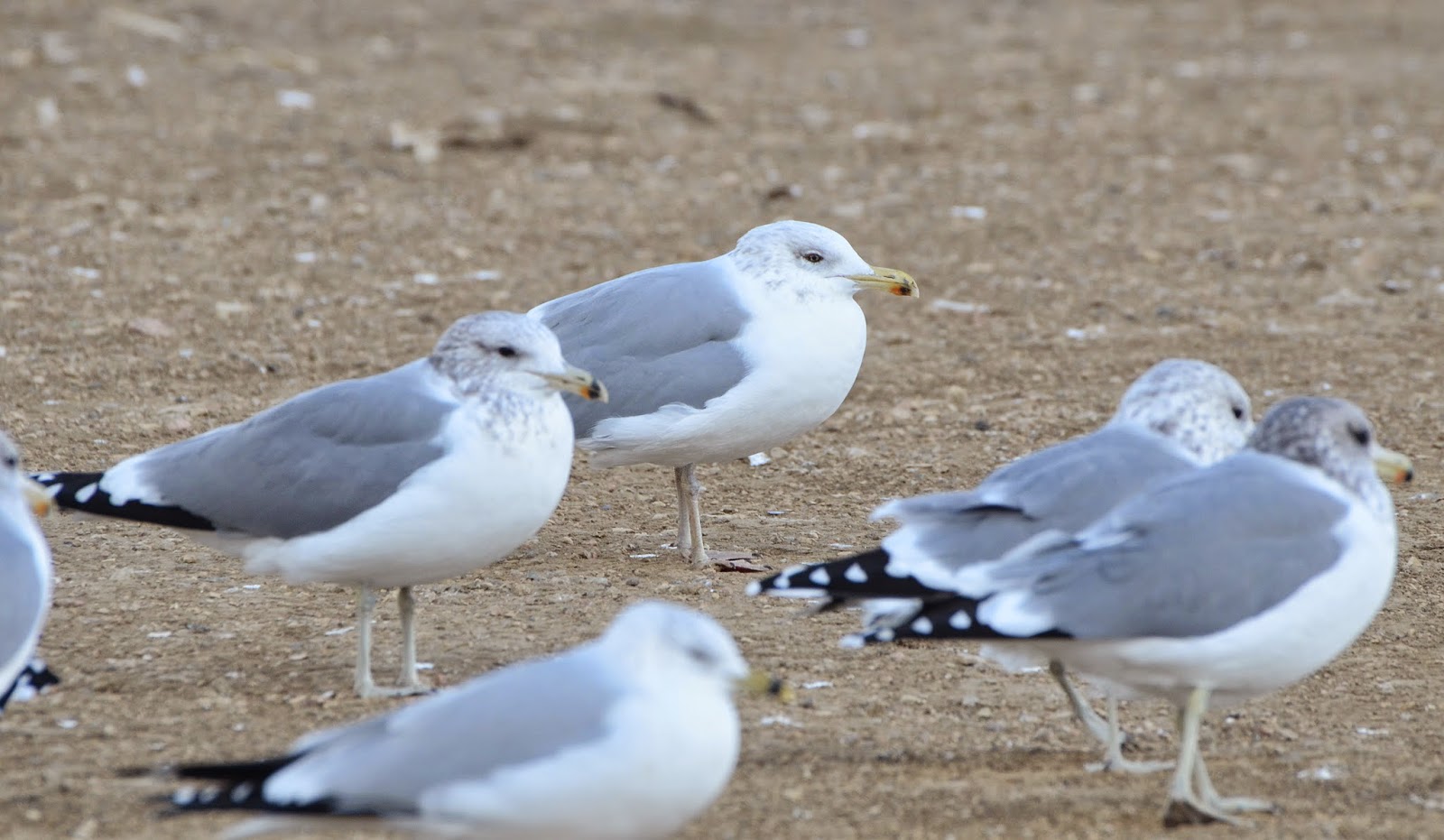