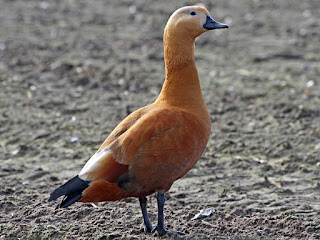 
This bird looked a lot like a Ruddy Shelduck, but it didn't seem to be quite right. On close inspection I noticed the bird had dark vermiculations on its rear flank feathers and rear upper scapulars - features that should not occur on pure Ruddy Shelduck.  It also had a grey spot in the middle of the crown. I've seen a few Ruddy Shelducks with some grey on the head and wondered about their genetic purity, but this one was more extreme than most.  South African Shelduck (often known as Cape Shelduck) has a grey head of course, and also shows dark vermiculations where this bird had.  It is perhaps hard to be completely sure that it isn't a second or subsequent generation backcrossed hybrid with a different Shelduck species, but as South African and Ruddy often come together in collections I suspect this is the more likely and simplest solution. 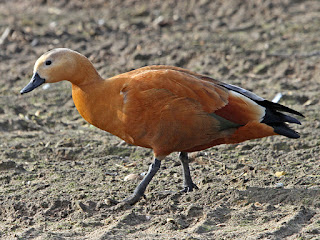 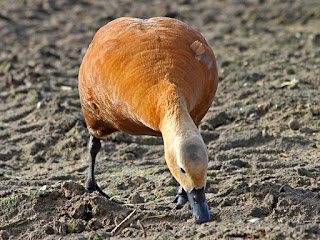 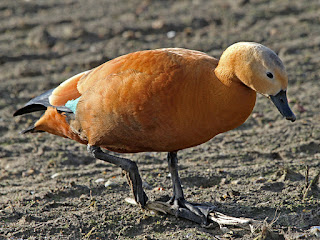 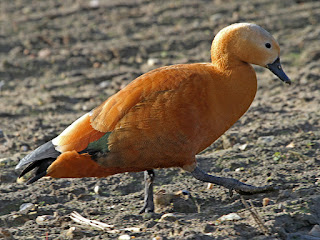 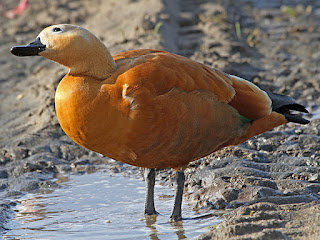 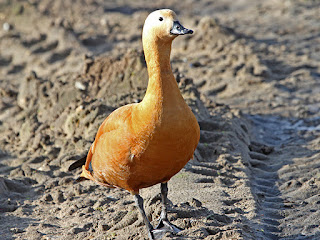 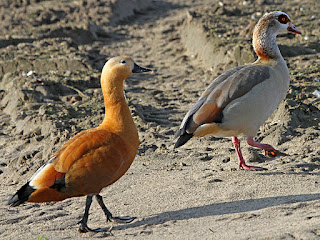 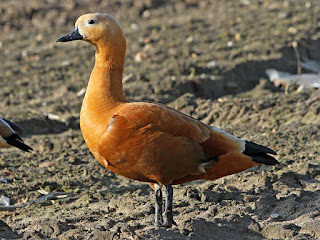 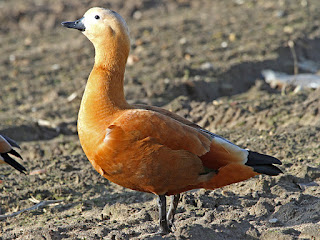 
The poor photos of the next bird don't offer many clues but in the field though it struck me as being distinctly dark and chestnutty compared to Ruddy Shelduck, especially towards the rear where there seemed to be blackish shading.  This reminded me of South African Shelduck.  On the head a grey patch was present just behind/above the eye and a smaller less distinct grey patch in front of the eye.  Not visible from the side but more obvious from the front when its head was down was a small darker grey patch on the centre of the crown between the eyes.  It was a male, but lacked any hint of a dark neck collar - not sure if pure Ruddy Shelduck always shows this in January or not?

This bird looked extremely similar to the one above and although separated by just over 2 years, the sites are only 17.4 miles apart and I think it's quite likely that both involved the very same bird.  This bird was seen with Egyptian Geese, the one above was paired to an Egyptian Goose... maybe this pair is responsible for the various records of what look like Egyptian Goose x Ruddy Shelduck hybrids around the county in recent months? 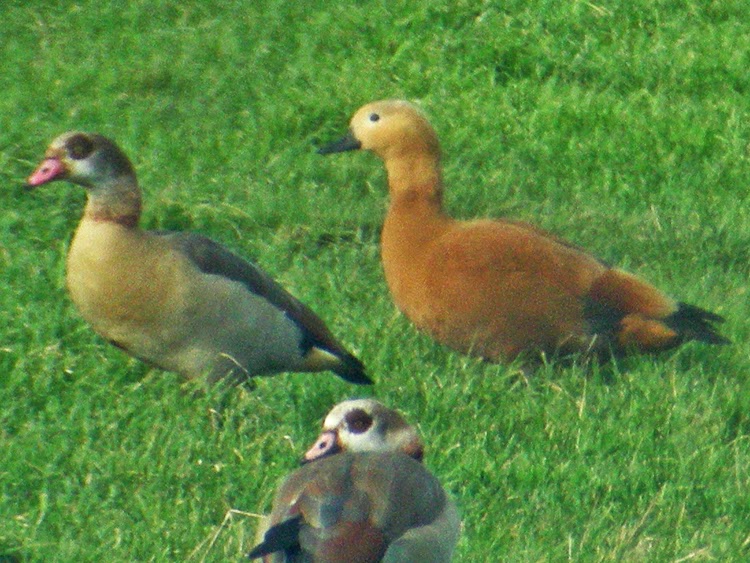 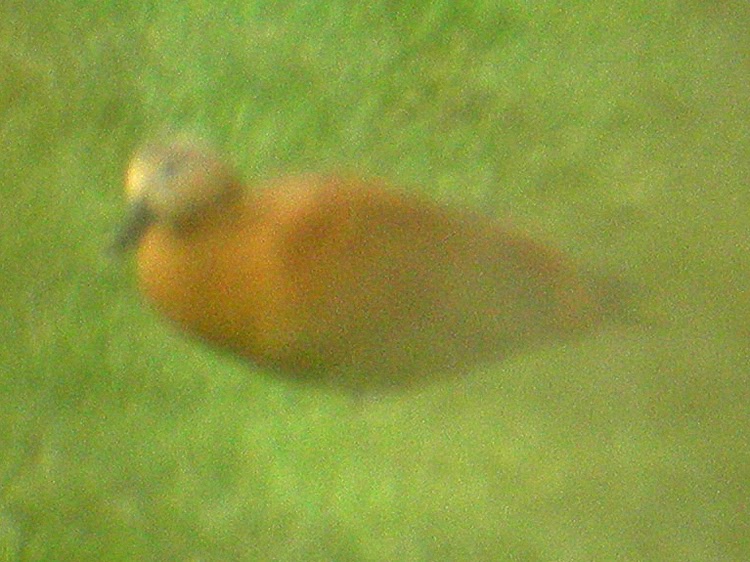 All this makes me wonder about some Ruddy Shelducks I've seen in the past.  At a collection containing several South African Shelducks and several Ruddy Shelducks (plus an Australian Shelduck and a hybrid Ruddy x Australian) I noticed some of the Ruddies showed a little grey in the head.  Although I was not aware that pure Ruddy Shelduck could show this I noted that there were no other features suggesting South African influence so felt there was insufficient evidence to point to them being hybrids.  Subsequently a similar escaped bird has been at my local patch, again not showing sufficeint anomalies to make me feel it should be a hybrid.  Now I'm wondering though - are these birds with grey in the head really pure Ruddy Shelducks, or could they have South African Shelduck influence (not necessarily F1 hybrids)?

Here is the escaped bird - this one shows a grey patch on the centre of the crown, a bit like the Bittering bird above, though less clear.  In these photos it also seems to show a little greyish patch on the ear-coverts and slightly greyish out webs of the tertials.  Subsequent photos of the same bird (probably taken after a moult) don't show these features. 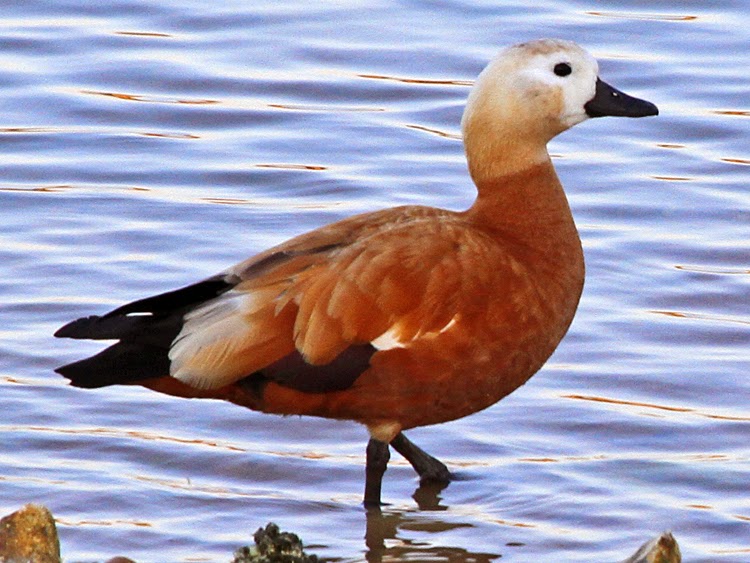 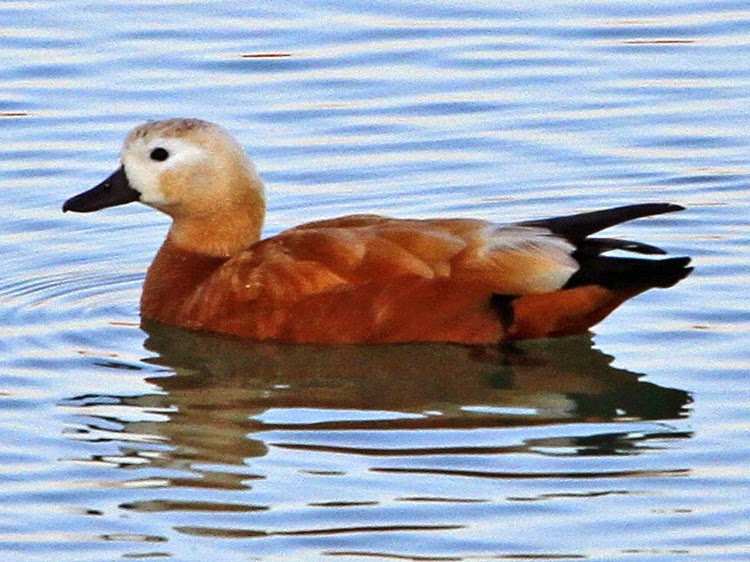 
By the time the next photos were taken the patch on the crown remained but there is no sign of any grey elsewhere on the head or on the tertials. 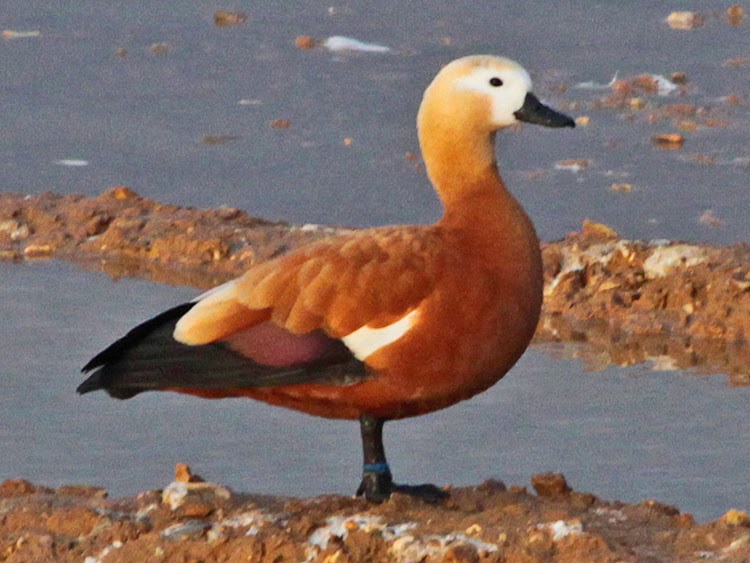 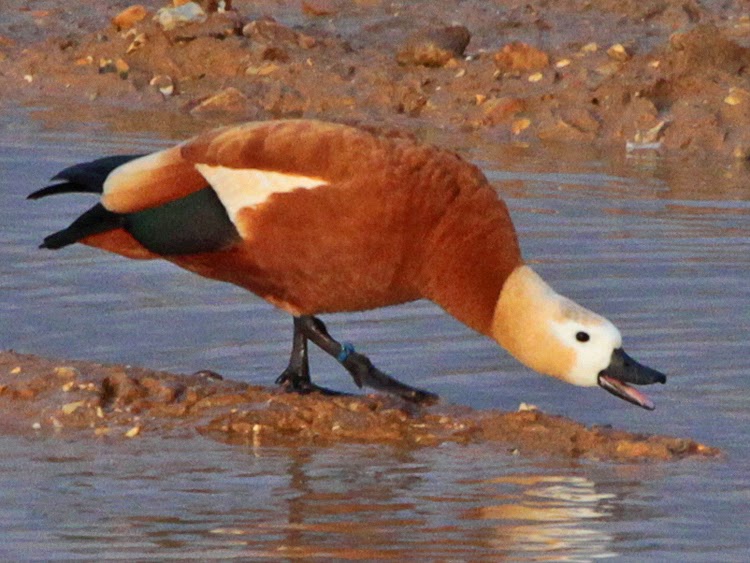 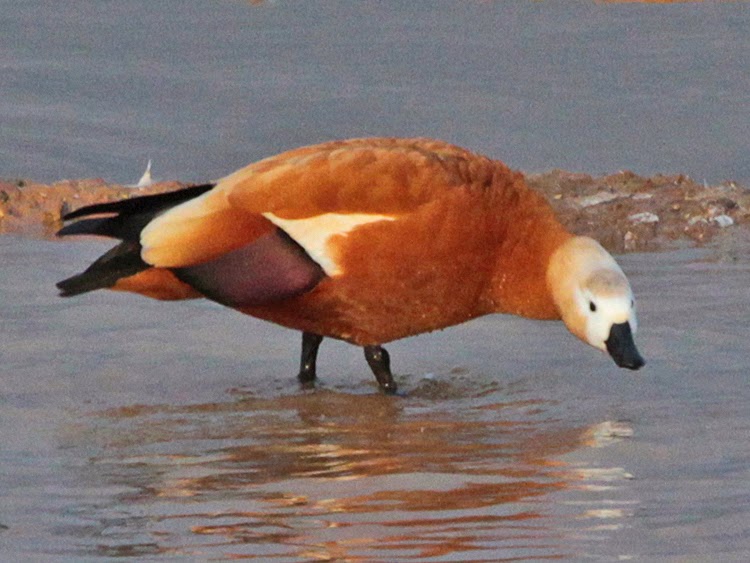 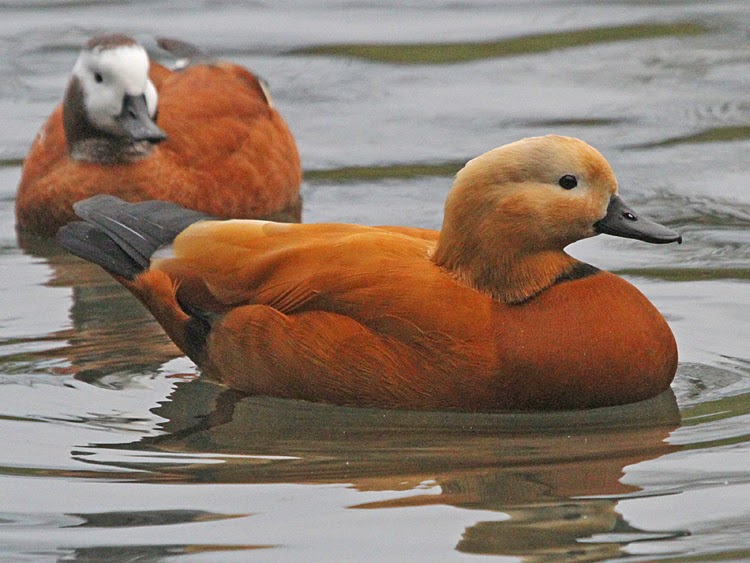 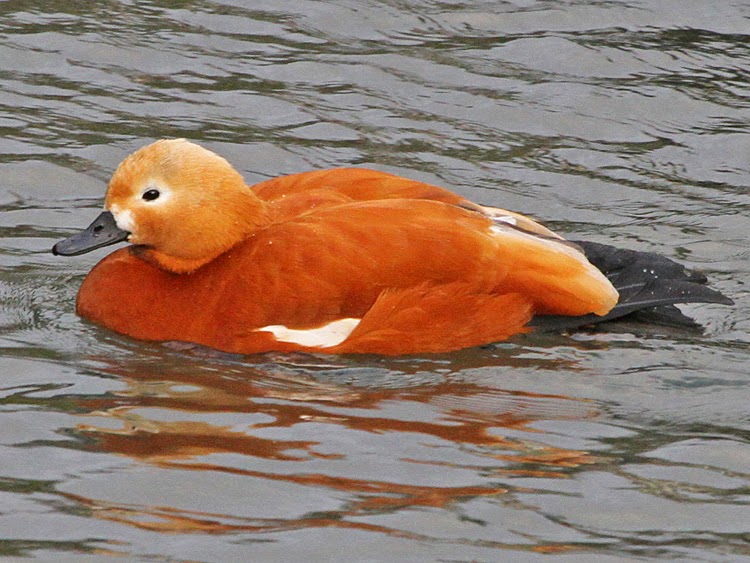 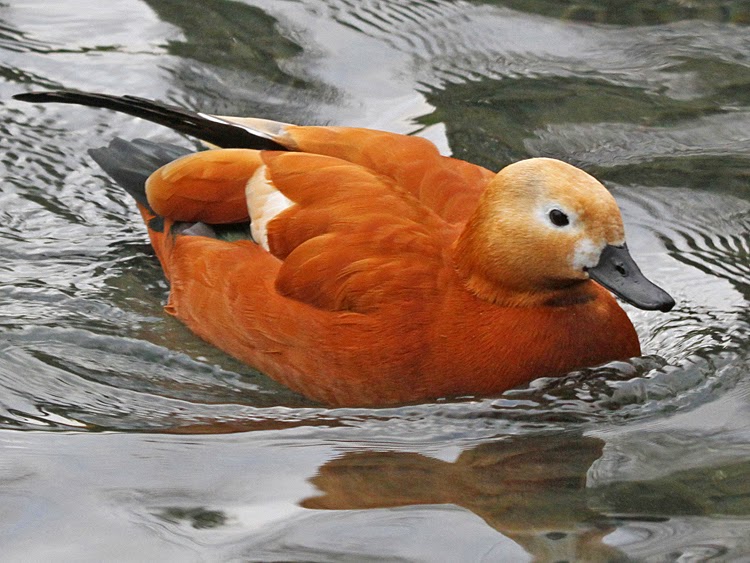