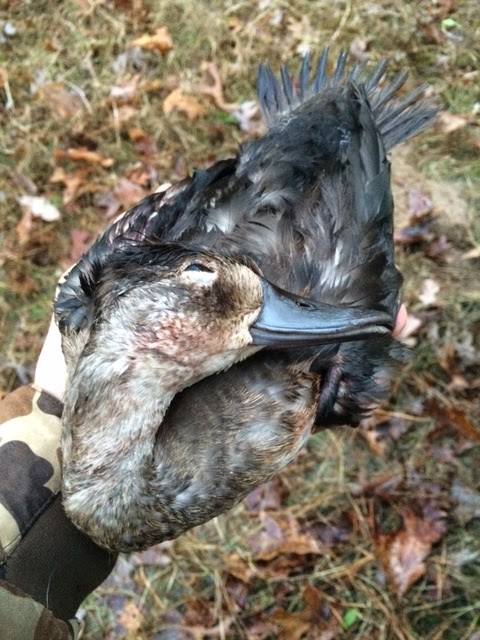 
Unusually I've been sent two sets of photos of hybrid ducks that have been shot in America.  The first one came from Don Terrell and Austin Braddock.  It possessed a stiff tail making Don wonder if Ruddy Duck was involved.  He'd wondered about Ring-necked Duck x Ruddy Duck but felt the narrow black bill was unexpected.  My initial thoughts were that it might instead be a hybrid between a dabbling duck species (Anas sp.) and a diving duck (probably Aythya) but the more I look at it the more I am leaning towards Ruddy Duck being involved after all.  Maybe Don was right with Ring-necked x Ruddy?

It should be noted that cross-genera hybrids involving Stifftails are very unusual.  Only one, a Greater Scaup x Ruddy Duck hybrid, is listed Eugene M McCarthy's Handbook of Avian Hybrids of the World (listed as questionable but to be firmed up in the second edition - big thanks to Eugene McCarthy for getting in touch about that).  I've not seen any reference to any others (although I did once get an all-too-brief view of a bird I suspected may have been a Tufted Duck x Ruddy Duck hybrid).   The photo above does seem to show a very Ruddy-like stripe across the face, although this isn't obvious in the photos below.  The plumage with its mottled appearance below and dark back and upper wings are perhaps consistent with a Ruddy Duck hybrid - and of course the tail seems that way.  The pale around the eye and behind the bill, plus the pale band on the bill, are consistent with a Ring-necked Duck hybrid, and the bill shape is certainly more Aythya than Ruddy Duck.

Austin is hoping to get the bird mounted so may have an opportunity to get some spread-wing photos.  Perhaps that will help us resolve this conundrum. 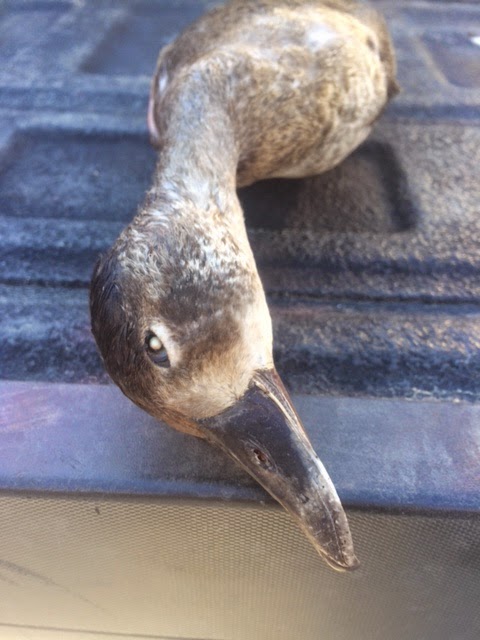 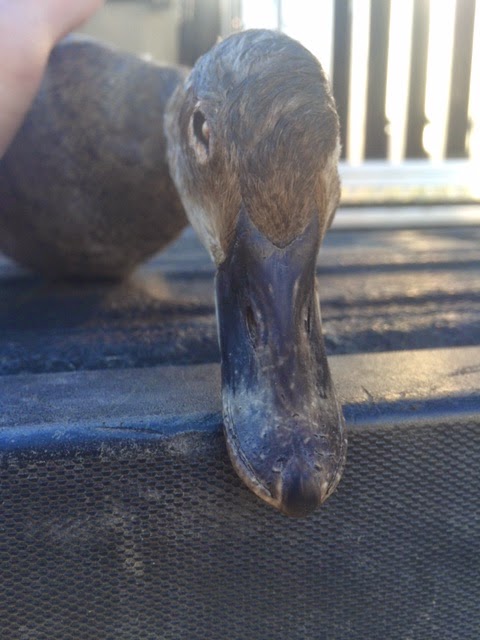 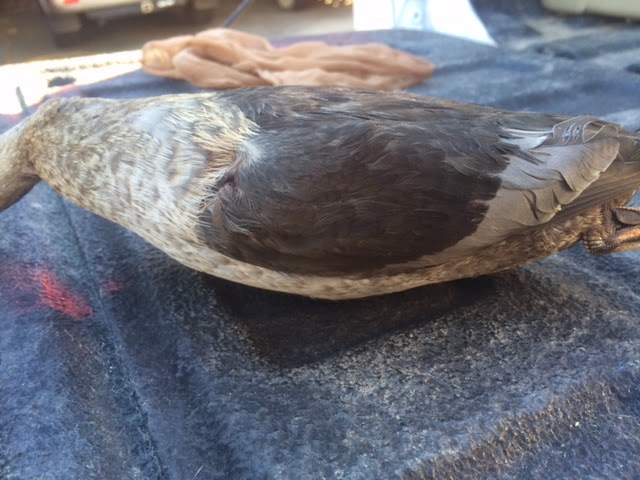 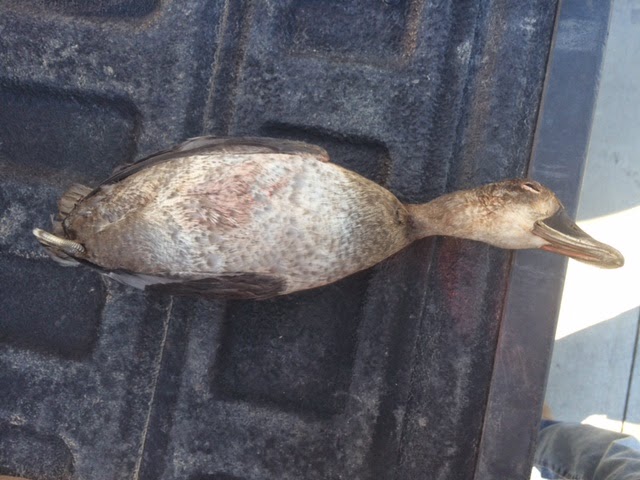