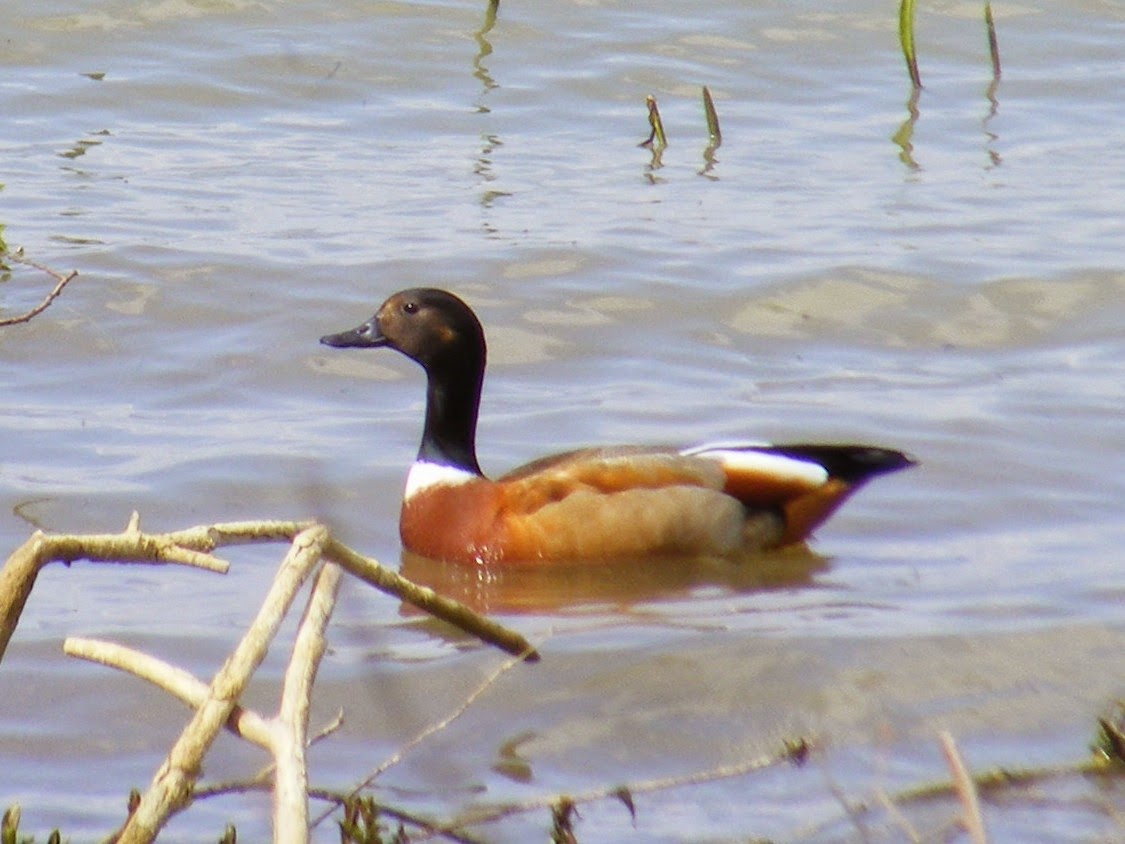 
Some examples of this hybrid look much closer to Ruddy Shelduck in appearance, but birds like this one, superficially resembling Australasian Shelduck, are quite typical. 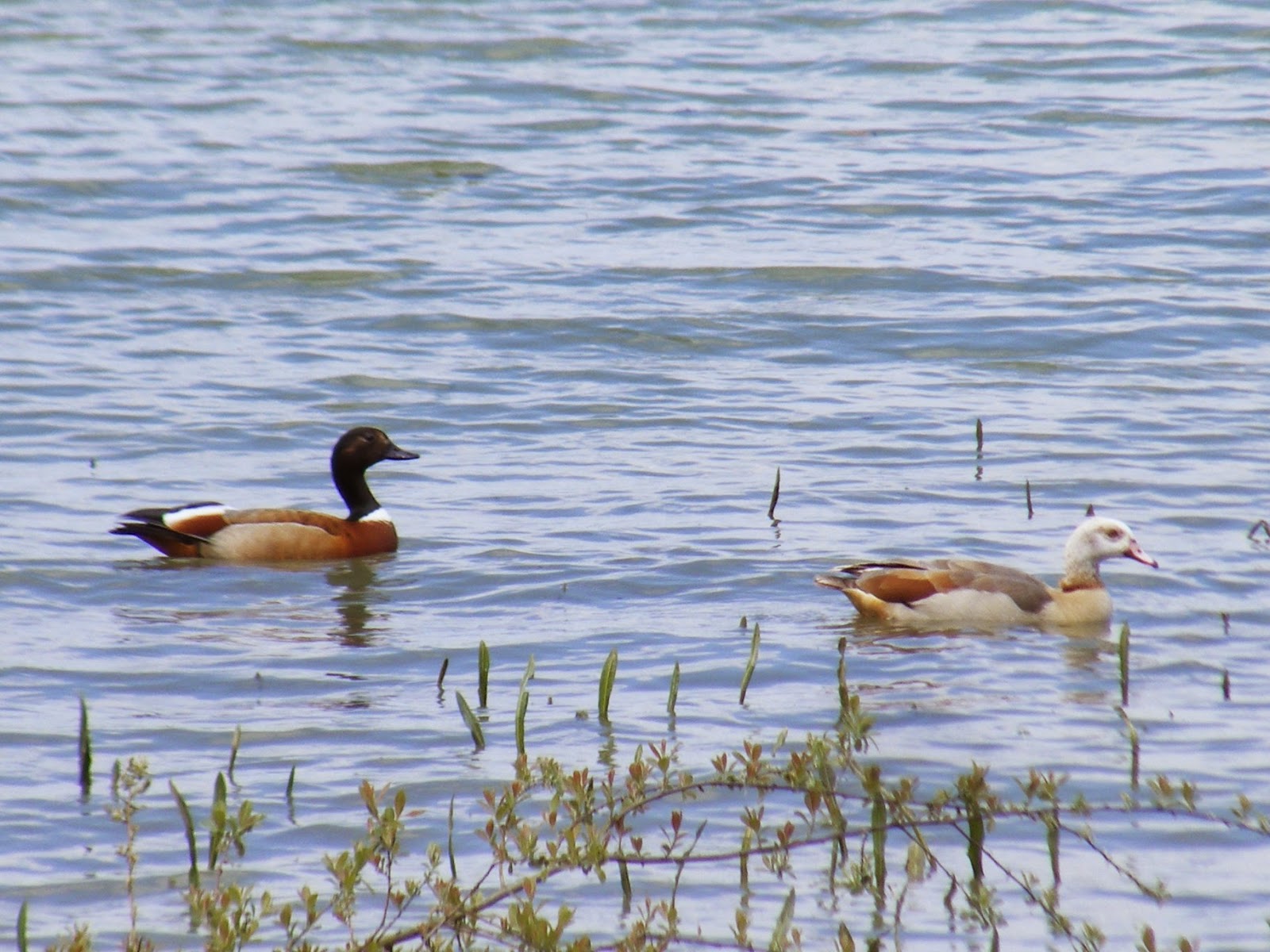 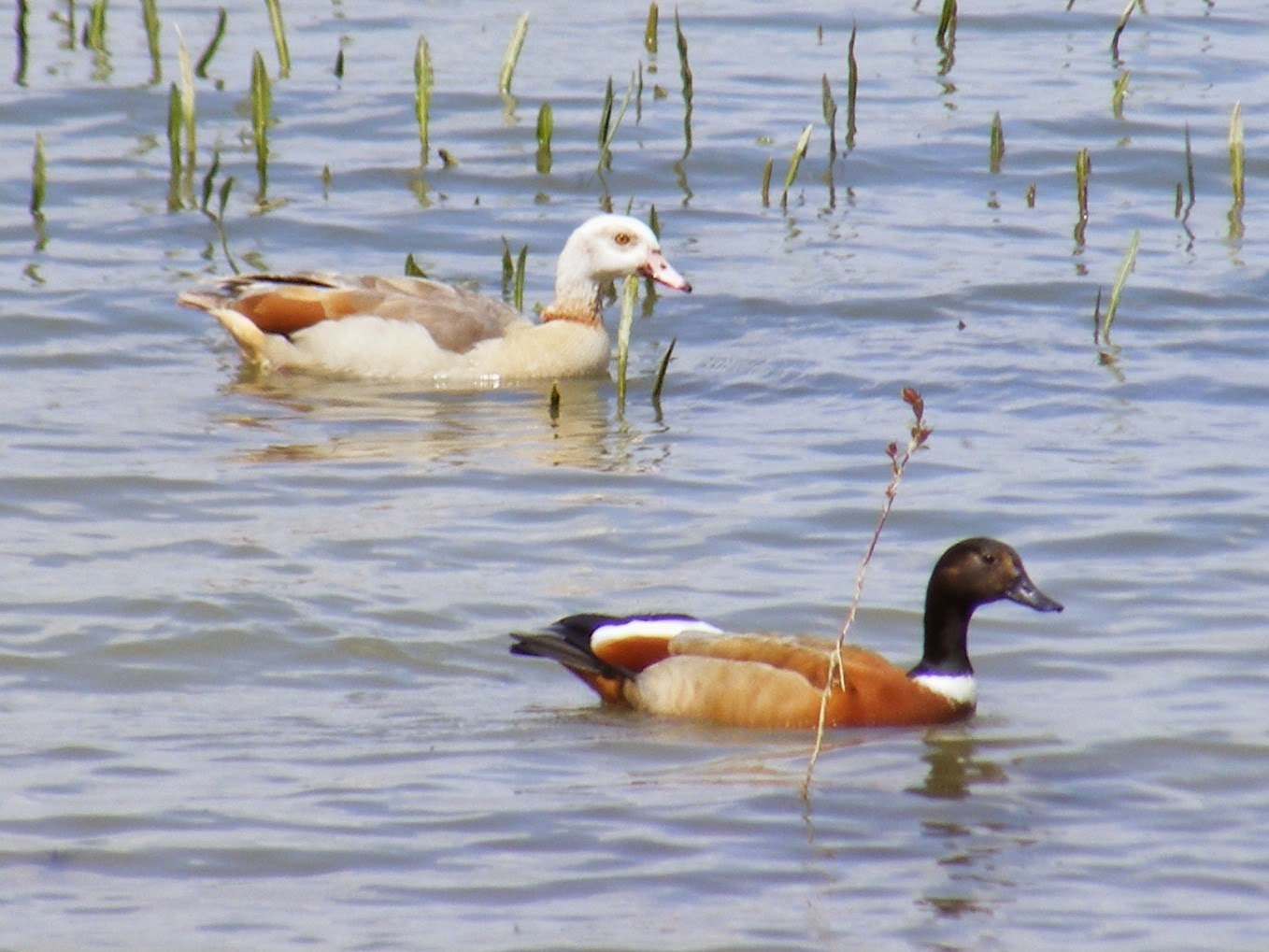 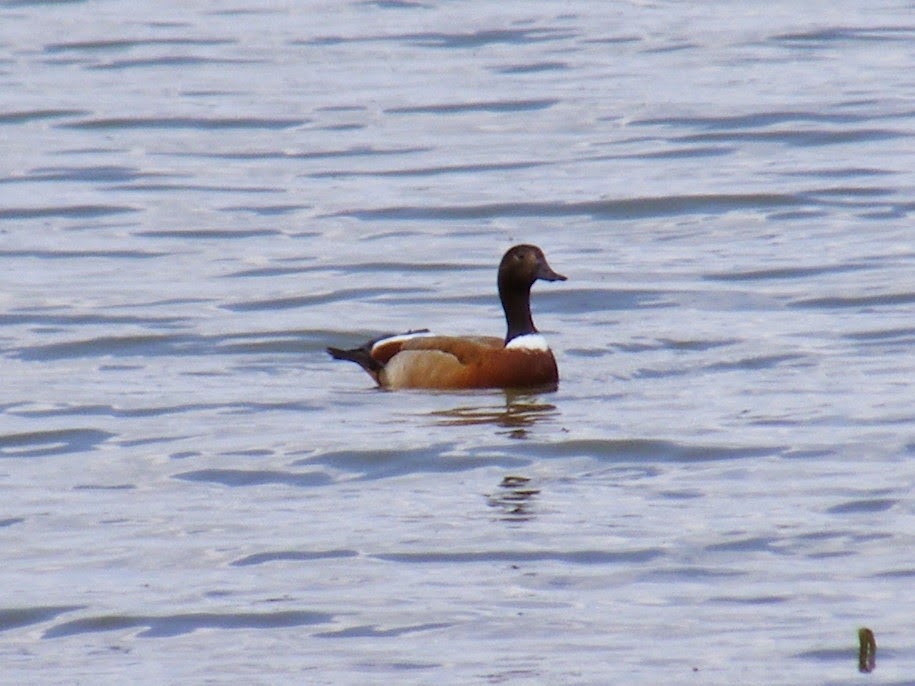 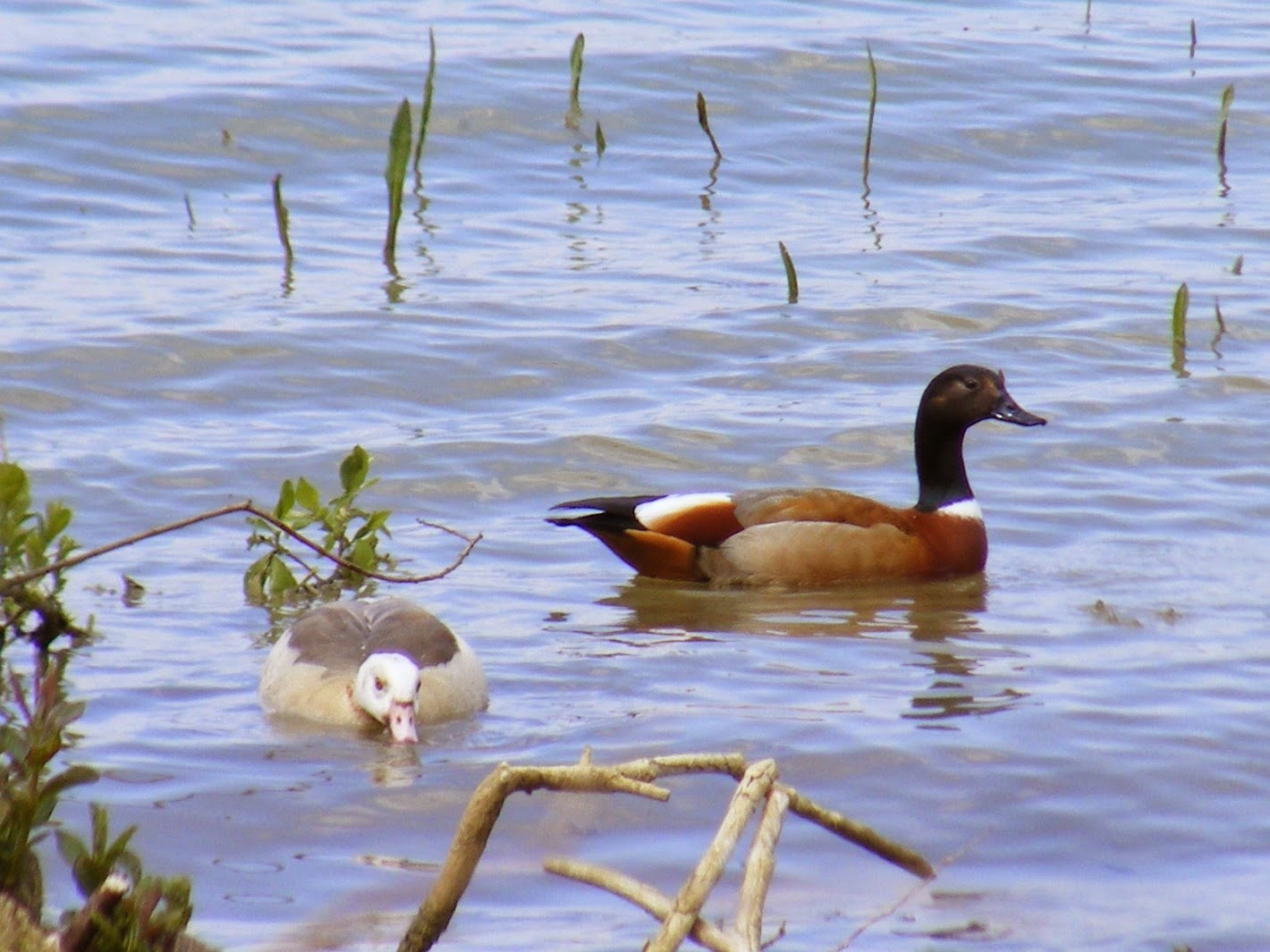 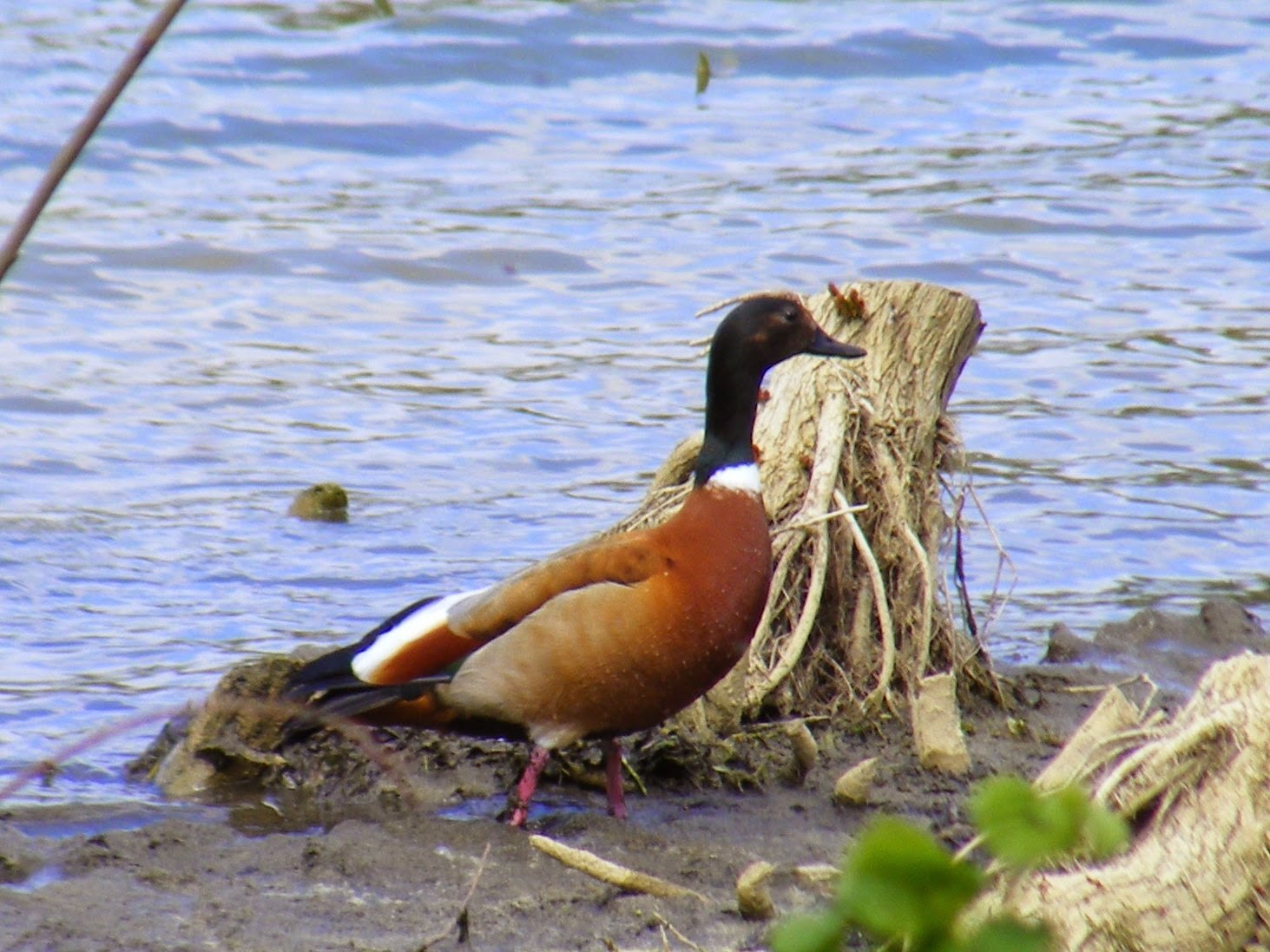 
Here is another bird, rather similar to the last but with perhaps greyer flanks. 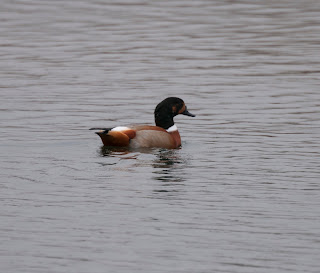 
The next bird's identity is not certain.  I am struggling to come up with any alternative, though I have not seen an example looking quite like this before.  Joern also finds it odd and hasn't seen a Shelduck hybrid like it before, so we must retain some doubt over its identity.  Nevertheless my rationale for feeling that Ruddy x Common Shelduck is the best-fitting (if imperfect) solution is as follows...

The extensive orange colouration presumably points to Ruddy or South African (Cape) Shelduck and the fact that this extends on to the head (and the breast and vent are quite dark) seems to point to Ruddy rather than South African.  The legs have a strong pink element which probably counts out any dark-legged species for the second parent, but leaving Common Shelduck (among others).  Most examples of Ruddy Shelduck x Common Shelduck hybrids look quite different, often showing a white collar and often showing grey flanks, but both of those features can be absent on this hybrid.  Other ideas are welcome though - please comment if you have any thoughts.

Something I didn't notice when I first looked at these photos is that there is a tiny patch of pink on the culmen of the bill, and also a slight hint of a raised knob at the base of the bill.  Both of these features would be compatible with Common Shelduck involvement.

One possible explanation for its unusual appearance is that it could be a backcrossed bird (Ruddy Shelduck x Common Shelduck hybrid as one parent, Ruddy Shelduck the other).  But Ian Gereg has raised another possibility.  There is a new colour mutation of Ruddy Shelduck called 'red' known in captivity which apparently looks like this bird.  At the moment we are not clear how this mutation is produced, but we suspect that it does not come simply from mutation in Ruddy Shelduck and no input from Common Shelduck, but perhaps the Common Shelduck input was some generations back?  We hope to find out more - if you are any clearer on the origin of this "mutation" then please get in touch. 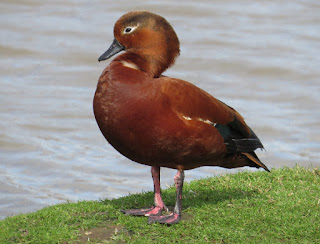 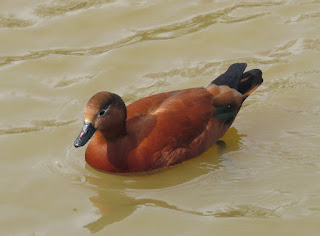 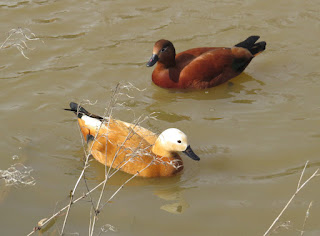 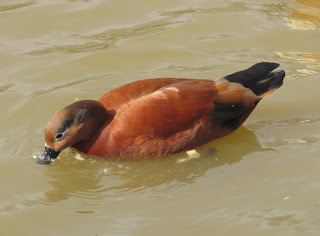 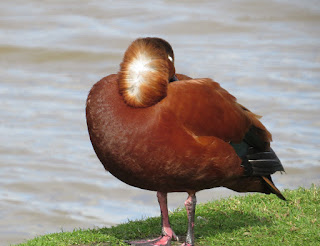 
The next one is probably the same bird. 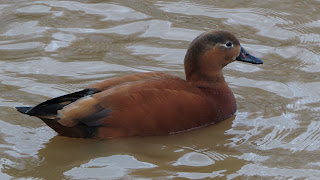