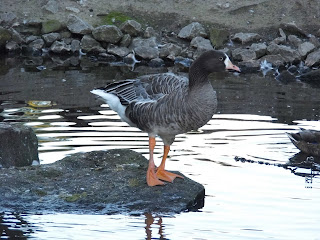 
I found this bird a challenging one to identify and started off down the wrong path, but Joern came to our rescue and came up with a good argument for an answer I had not considered.  I had suspected Snow Goose involvement but Joern pointed out that the scaly pattern, the white tail and the uniform dark neck coloration rather point to an Emperor Goose hybrid instead.  As he says, the scapulars appear very straight, without much curve as in many Snow Goose hybrids, but also fitting to Emperor.

Joern also pointed out that the white blaze does not necessarily indicate one of the White-fronted Geese were involved, as Steve and I had both imagined.  Joern reminds us that it can also appear in the cross between a mainly white-headed species (in this case Emperor) and a grey-headed species.  Joern's attention to detail also came of assistance here as he spotted the orange on the bill visible in one or two of the following photos, but which I had overlooked.  This rules out the White-fronted Geese and brings Greylag Goose in to play.

There remains the possibility that the grey goose parent was a domestic bird of mixed Greylag Goose/Swan Goose ancestry, rather than a pure Greylag Goose. 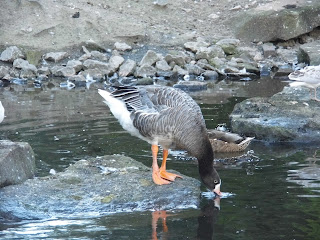 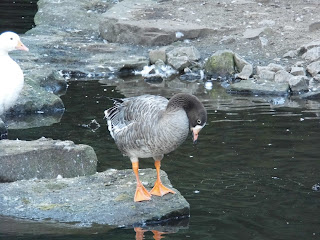 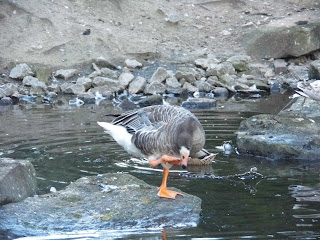 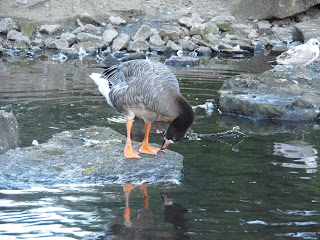