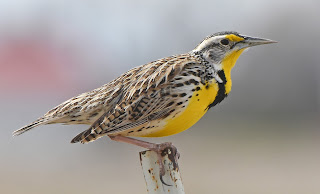 
"This bird was making a continuous burbling noise (not the flight song of Western Meadowlark) that doesn't fit either species, though I gather can be given by either.  The call was much like that of a Western Meadowlark.

These photos were shared with 3 excellent and well-respected field-ornithologists. One said "Eastern Meadowlark" even after examining specimens, another said "Western Meadowlark", and perhaps the wisest, said "ugh!"

Since ~1% of meadowlarks at the zone of contact are hybrids, and we are not far from said zone of contact, occasional hybrids in Colorado are not unexpected. 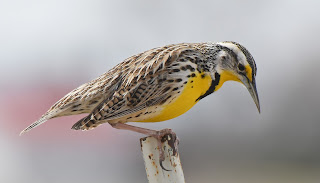 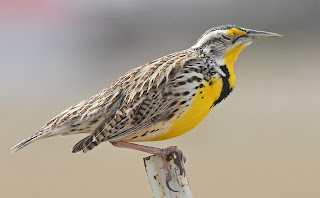 
Steve photographed the next bird, a juvenile (or juvenile transitioning to first-winter plumage), in an area where nominate Eastern Meadowlarks used to breed.  He says, 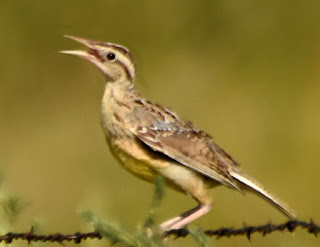 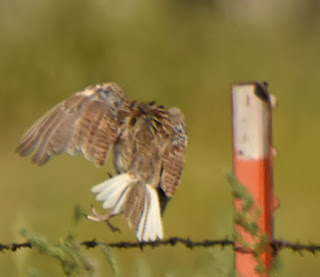 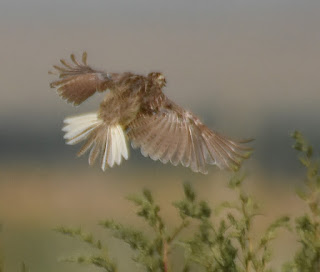