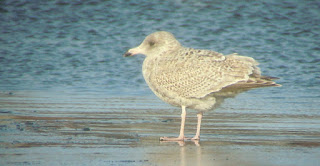 
We already have a page for American Herring Gull x Glaucous Gull so good now to have some photos of birds from the other side of the Pond.  This first bird looks like it had a long pale-based bill recalling Glaucous Gull and seems to be a lot bigger than the accompanying Herring Gull. 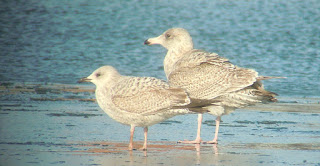 
The next bird looks subtler to me, though of course I didn't see it in the field. 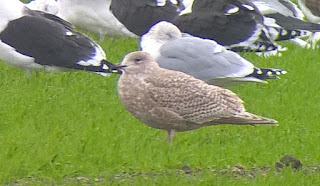 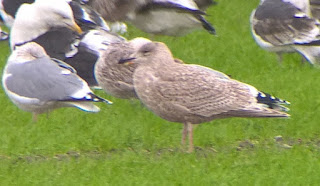 
Personally I find some of the less obvious examples of this hybrid (assuming they are correctly identified) rather tricky to separate from pale Herring Gulls, especially those with bleached primaries.  We would welcome discussion on this point - how do you distinguish them?

This one is a scan from an old print... 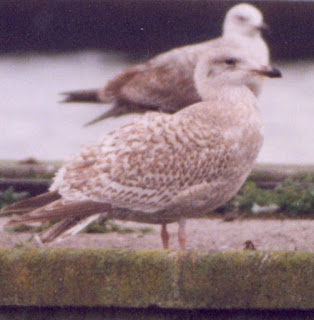