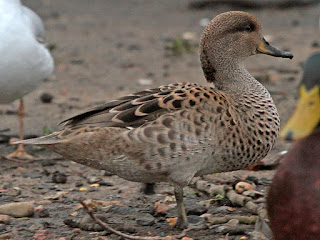 
I suppose in some ways it's a bit embarrassing that I started off thinking this was a Yellow-billed Teal x Marbled Teal hybrid, then saw the bird in the flesh, did some research and analysis before settling on Yellow-billed Pintail x Marbled Teal hybrid instead, but now find myself persuaded that it is (probably) a Yellow-billed Teal x Marbled Teal hybrid after all.  But then again that's the point of the Bird Hybrids project - sharing thoughts, pooling knowledge and learning collectively, knowing that along the way we're bound to make the odd mistake.  And I've certainly learned a few things in the process of working this one out - for example that Marbled Teals can have yellow at the base of the bill... did you know that?  I'm hugely grateful to Joern Lehmhus for his input on this bird - his expertise with hybrid ducks is surely unrivalled!

These are the features we have considered in relation to this bird:
I said before that I welcome comments and corrections as I may have overlooked something, and that proved to be the case!  Further comments are still welcome of course.

Any hybrids involving Marbled Teal appear to be quite scarce. McCarthy's Avian Hybrids of the World only cites Marbled Teal x Ferruginous Duck (though I suspect the upcoming second edition might have more...).  Apart from that I know of a Marbled Teal x Ringed Teal hybrid and maybe more will come to light in due course, but they do seem to be very thin on the ground given how commonly they are found in collections.

Note that in some of my photos the overall plumage appears greyer than in others.  The brighter more gingery toned photos are more accurate with respect to how it appeared in life.  The difference was mainly due to the ISO setting on the camera - the lower ISO setting produced more accurate colour tones but the higher ISO produced sharper photos! 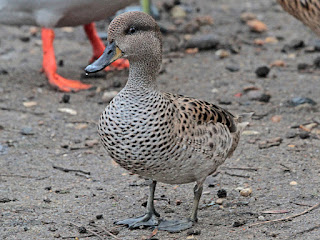 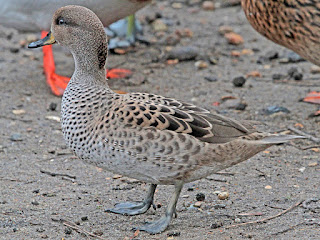 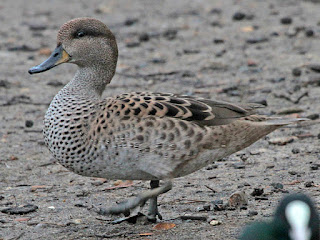 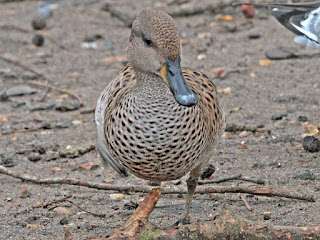 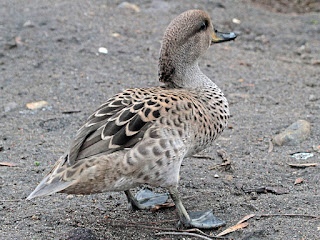 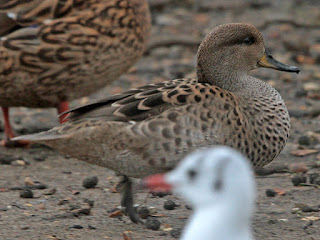 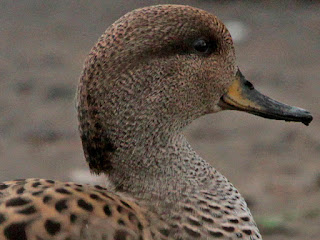 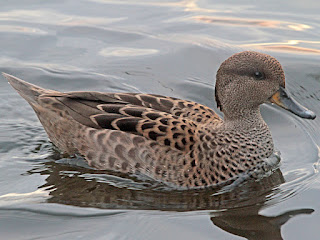 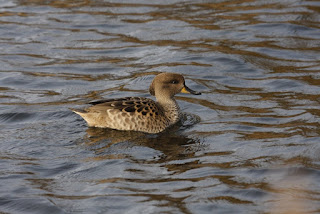 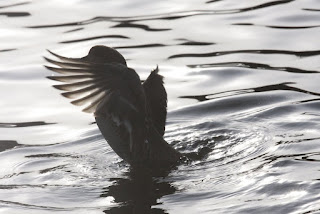 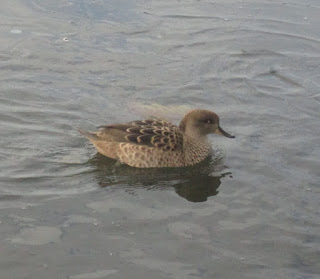 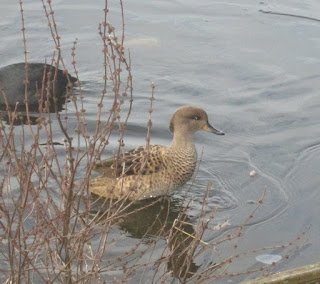 
This bird was still present in early April: 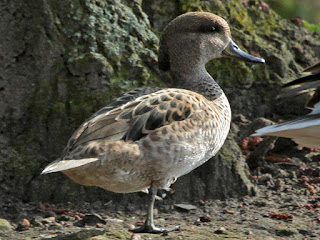 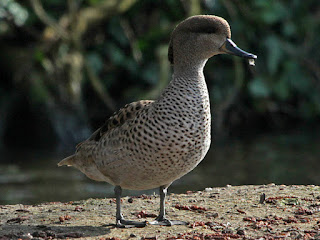 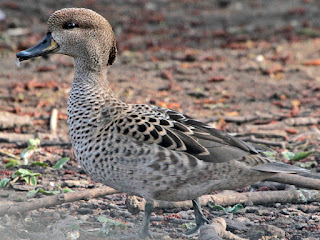 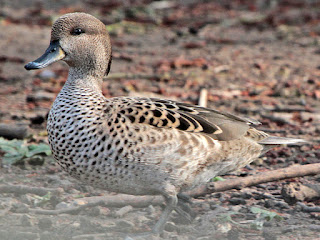