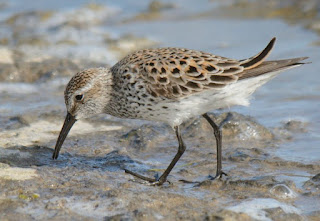 
There have now been quite a range of hybrid shorebirds recorded but this is the first calidrid hybrid we have featured in the Bird Hybrids project.  Hopefully others will follow soon...

Apparently Chris's excellent set of photos were reviewed by two published shorebird authors, an OFO (Ontario Federation of Ornithologists) and EBird reviewer and confirmed as this combination by all. This spring bird appears to be in breeding plumage - juveniles moult out of juvenile plumage during their first winter and the patterning and freshness of the feathers in May mean these are not retained non-breeding feathers.  Once that is understood it becomes clear that no pure species fits the bill.  The head pattern and the breast spotting running down the foreflanks recalls White-rumped Sandpiper whereas the rufous in the scapulars is too extensive for that species.  The bill is intermediate between the two species and Chris reports that the rump was generally white. 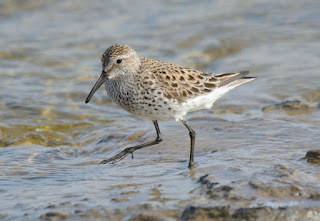 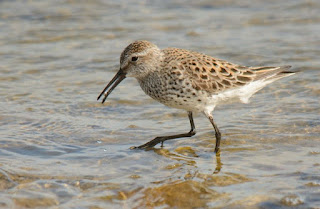 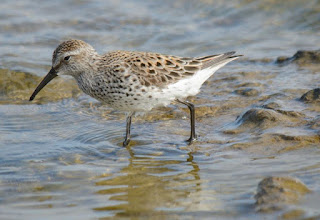 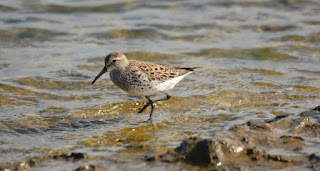 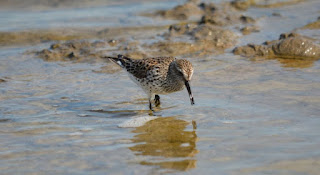 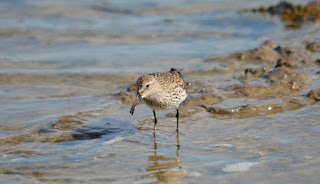 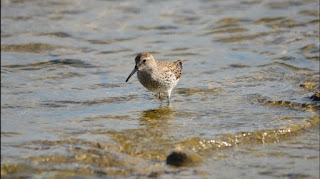 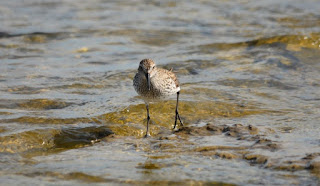