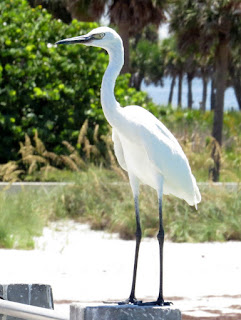 
Dave says this bird seemed intermediate in size between Great Egret and Snowy Egret.  Structurally it seems to have an intermediate neck length and shape - you can see a hint of the kinked shape of Great Egret in some of the photos but it's not as clear as in a pure bird.  The bare parts also seem to be consistent with expectations for this hybrid.  Certainly the legs are wrong for Snowy Egret being entirely black right down to the bottom of the feet.  The gape line only extends back to below the cetnre of the eye, just like it does on Snowy Egret.  On Great Egret it would extend right back to beyond the back of the eye.  The only pure species I could possibly turn this into is Intermediate Egret, which in some respects it quite closely resembles.  However, although the Asian form of Intermediate Egret apparently does adopt a black bill in breeding condition (I don't believe the African form does) this bird is showing no sign of being in breeding condition.  I don't think the bill structure is quite right for Intermediate Egret either, and of course an Asian Intermediate Egret is rather unlikely in Florida - there are one or two ABA-area records but only from the Aleutian Islands in western Alaska so far as I know. 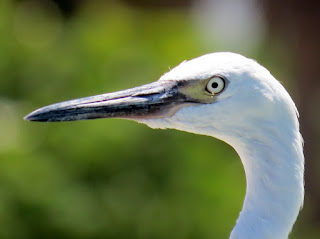 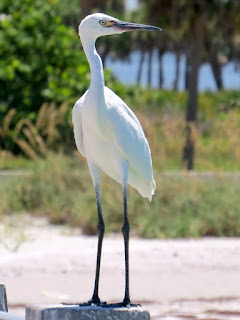 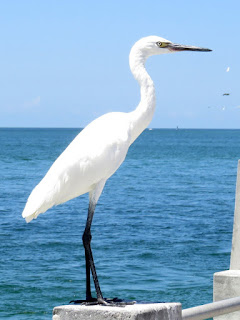