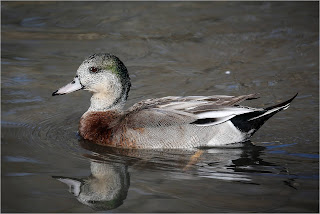 
The first bird featured here is rather different from the dark-headed and more Mallard-like birds that make up the majority of birds on this page, but it seems to be a regular type for this hybrid.  The pale cheeks represent Wigeon influence but the breast is very Mallard.  The length of the tail may reflect American Wigeon but the curve in the central feathers is inherited from Mallard.  The bill is more Wigeon-like, and notice how there is a pinkish hint to it.  This seems to be a common feature in many Wigeon hybrids (not just American Wigeon) when neither parent has a pinkish bill.

The Mallard influence in the next bird is pretty obvious, though the depth of colour in the breast is less than in many Mallard x Wigeon hybrids.  The partly-curled central tail coverts are typical of Mallard hybrids. The wing-coverts (especially the median & greaters) look quite whitish which suggests a Wigeon species rather than e.g. a Teal, although they are not as white as in some examples of this hybrid.  The vinous brown tones on the scapulars and to a slight extent on the flanks suggest American Wigeon over Eurasian Wigeon, but of course that is to be expected anyway given the location. 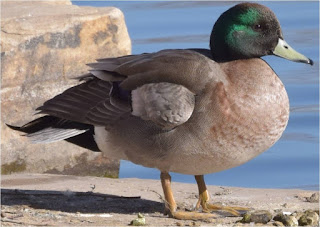 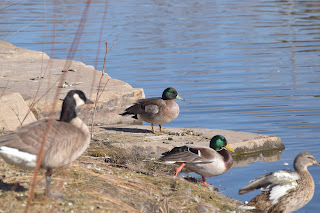 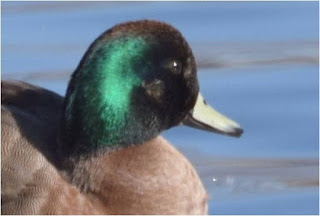 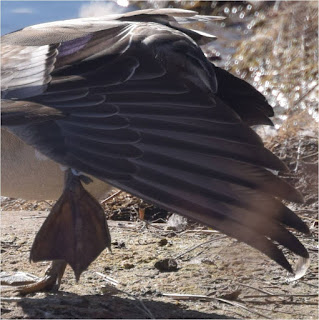 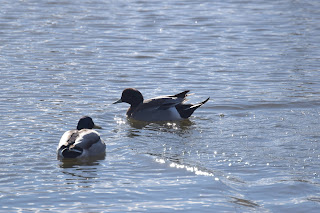 
The next bird is more like Patty's at the top of this page: 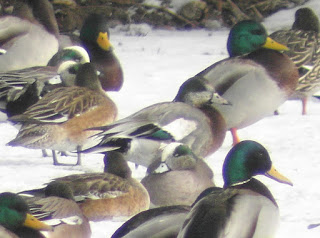 
Here is another darker-headed bird: 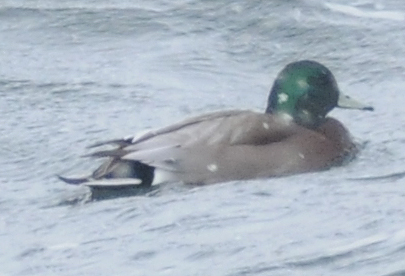 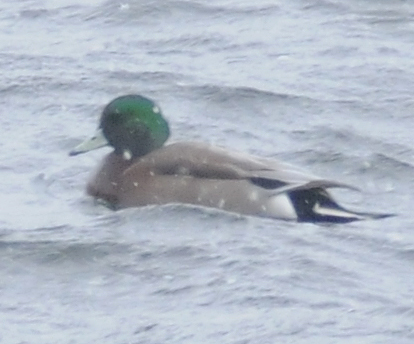 
This bird is more Mallard-like than these hybrids usually are, which is perhaps best explained by it being a backcross. 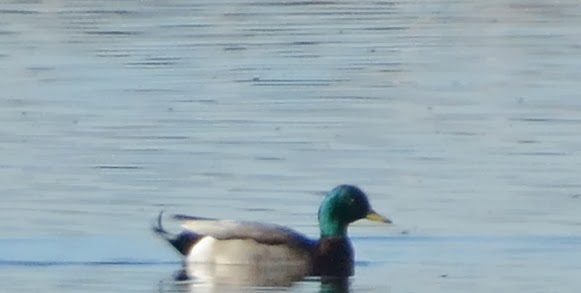 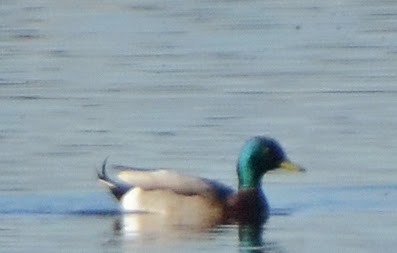