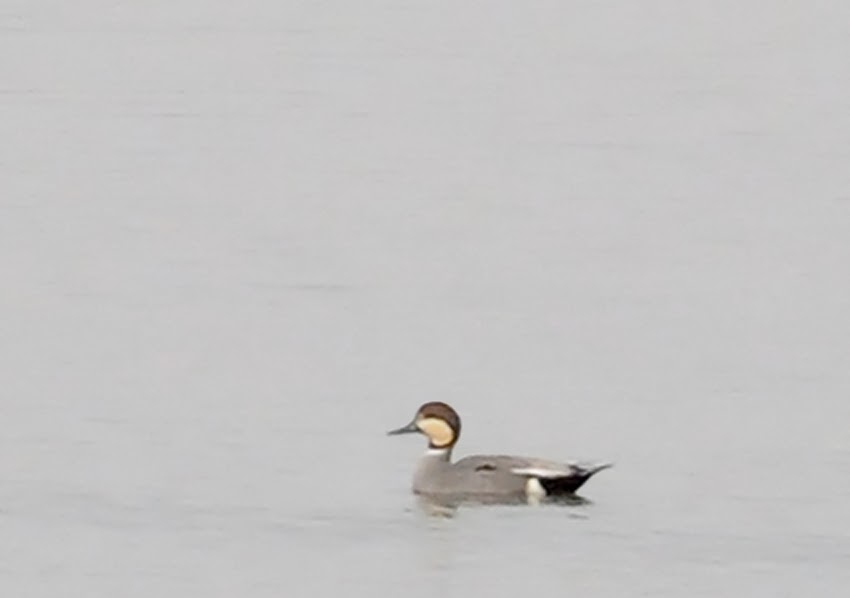 
A smart-looking hybrid.  Steve tells us that in flight this one had reduced (about 50%) white patches on its secondaries. 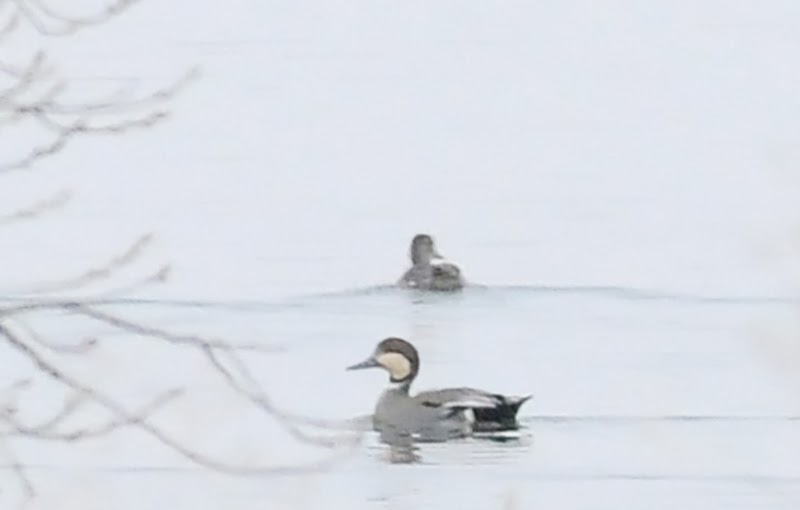 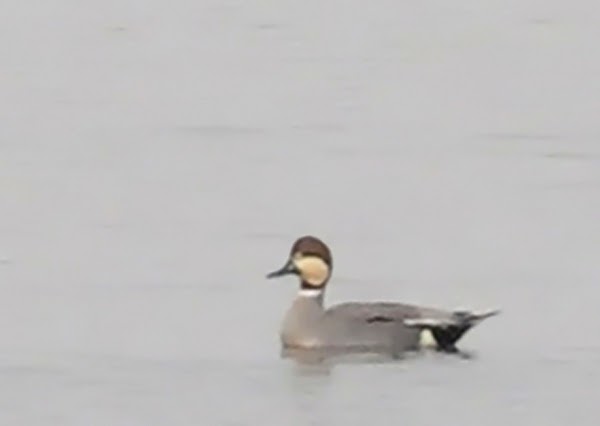 
The next bird looks a little different with a less well marked head pattern, but head pattern seems to be quite a variable feature in Anas hybrids so I don't think that should be a problem for the ID.  Other commentators have suggested this bird might be Pintail x Green-winged Teal, but Joern and I agree that Gadwall x Pintail is a better fit.  The former would typically show a bimaculated head pattern and I would expect grey legs.  Len's initial thoughts were Gadwall x Pintail and in the field the structure recalled Gadwall.  Apparently it wasn't much smaller than nearby Pintails.  Some may be surprised by the green on the head with this ID, but in fact green often shows through on Gadwall hybrids and can show on pure Pintails at certain angles, so this is not really all that unexpected. 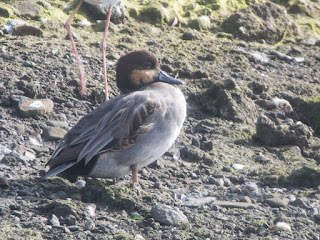 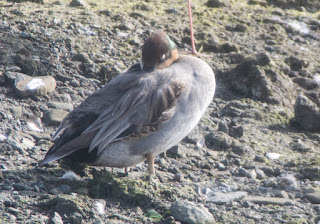 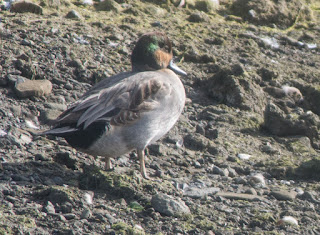 
This bird was still present in December by which time its moult had progressed - there are no longer any brown feathers along the flanks and scapulars. 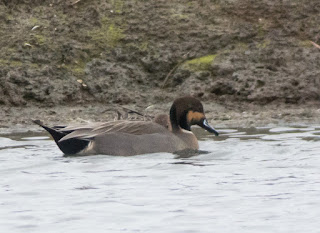 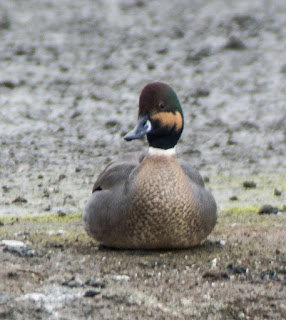 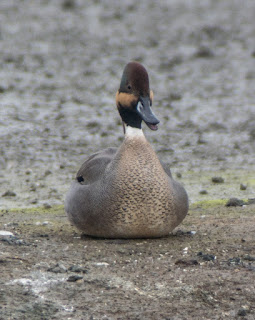 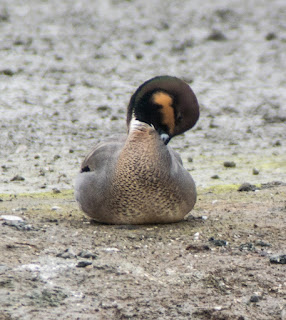