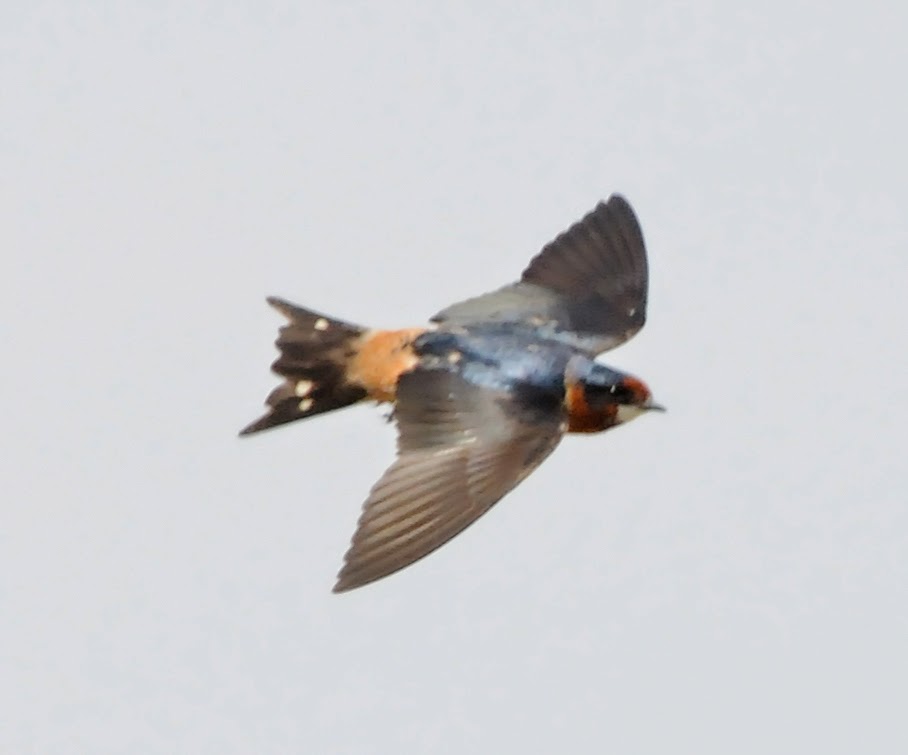 
Steve tells us that this bird was among a flock of about 1000 birds, mostly Cliff Swallows, but also a fair number of Barn Swallows.  They were near a bridge under which both species breed.  The hybrid heritage here is pretty obvious.  When the bird spread its tail more widely, even more white spots could be seen.

Steve had seen two Barn Swallow x Cliff Swallow hybrids previously but neither had the odd (and slightly asymmetric) white throat shown by this individual. 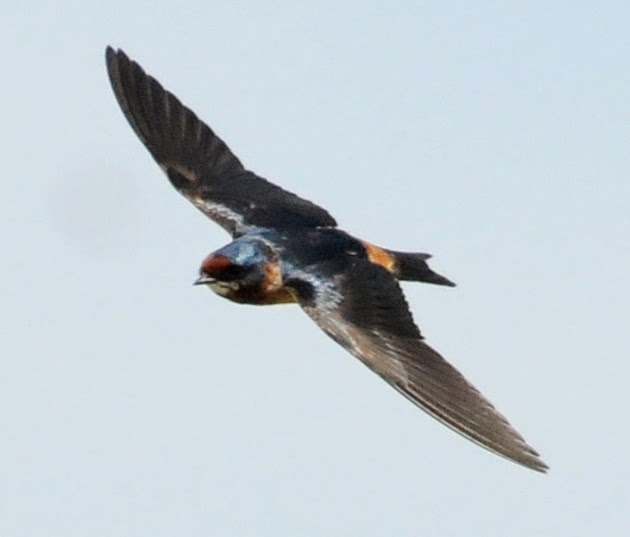 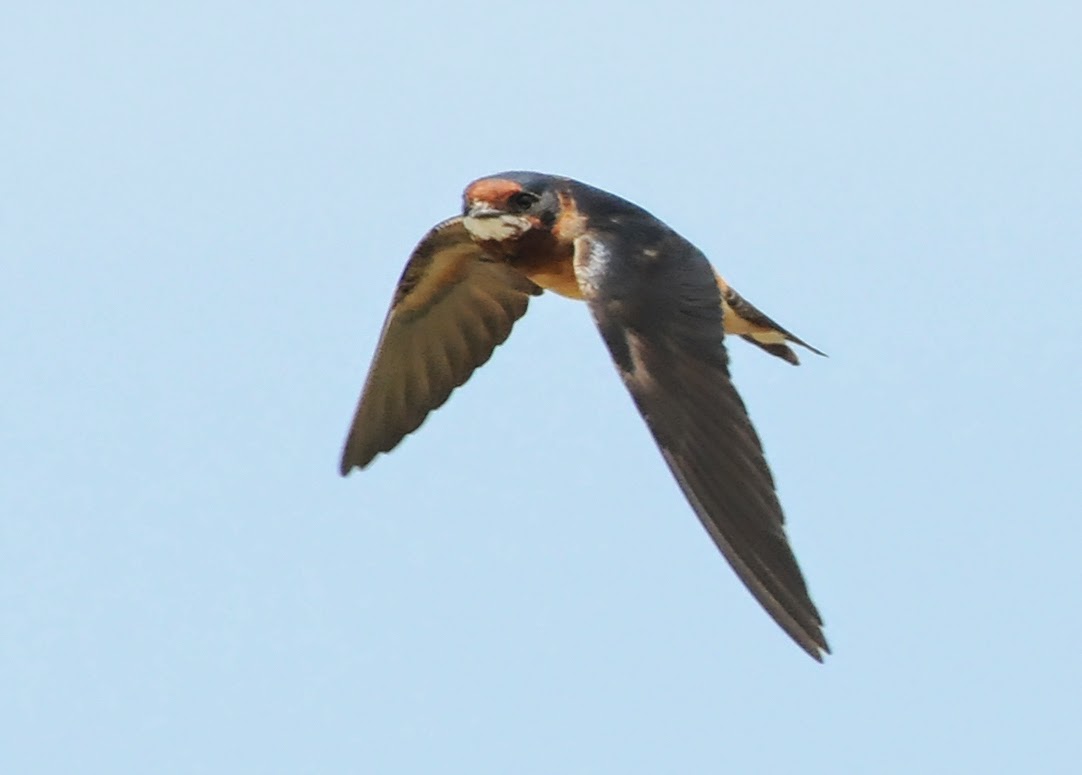 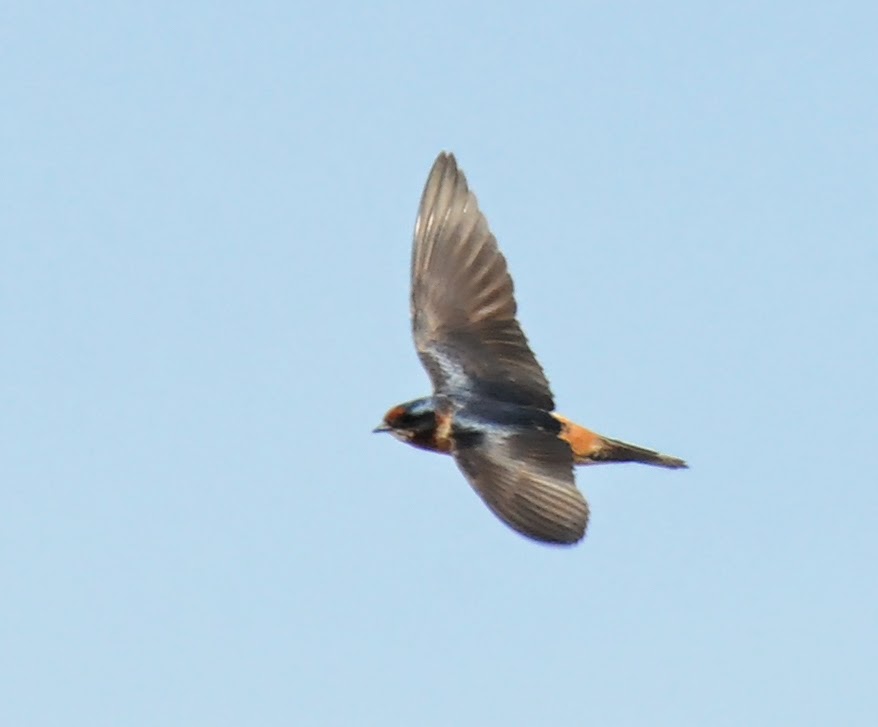 
Barn Swallow is pretty clear in the next bird too, though whether the other parent was Cliff Swallow or Cave Swallow is less obvious.  Steve thinks the dark blue on the throat indicates Cliff Swallow. 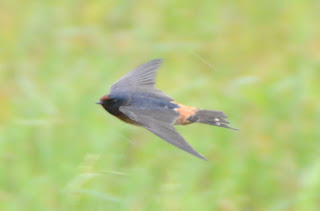 
Steve didn't find the next one quite so easy at first:


"I initially glanced at this bird and thought 'Cliff Swallow' given the nicely demarcated dark orange throat.  Of course, it was at some distance, on a wire, lined up with a bunch of Barn Swallows and one Tree Swallow.  It took me quite some time to realize how dark the forehead was, that there was only light streaking on the undertail coverts, and that there was some buff down the flanks.  That sent me off in the Cave Swallow direction.  But the throat was wrong for Cave Swallow.  And I stood stuck.  Michael O'Brien and Peter Pyle kindly unstuck me with the Duh (nicely put) revelation that it was a Barn x Cliff/Cave Swallow.  That would explain the rather extensive buff beneath, the tail nearly reaching the wingtips (whilst perched, of course), and the minimal dark throat markings.  The dark throat, with a hint of dark markings at lower edge, strongly suggests Cliff x Barn Swallow." 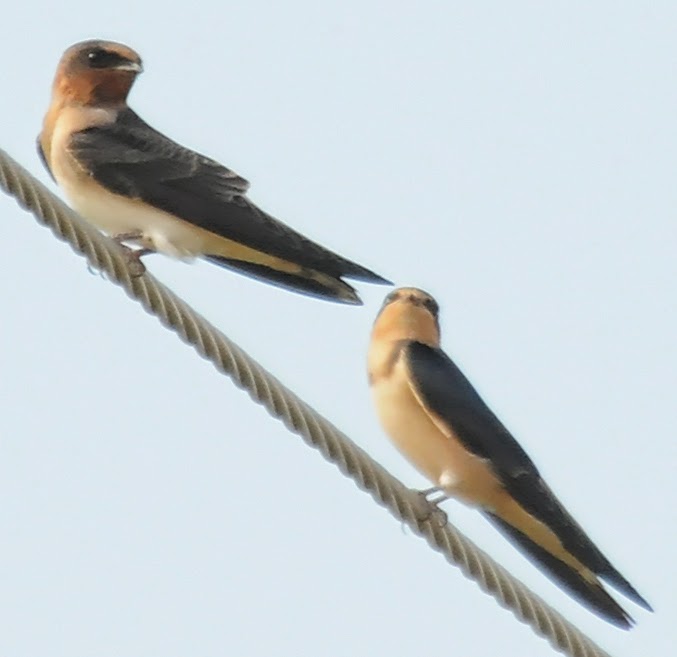 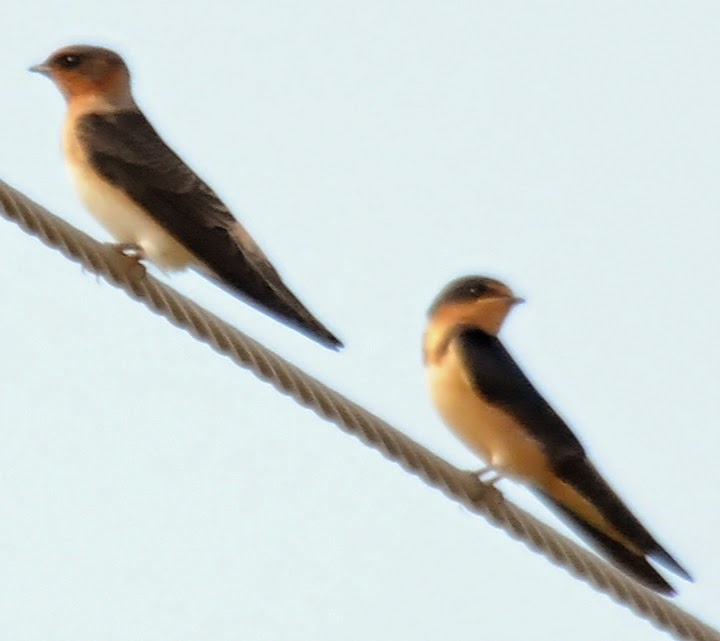 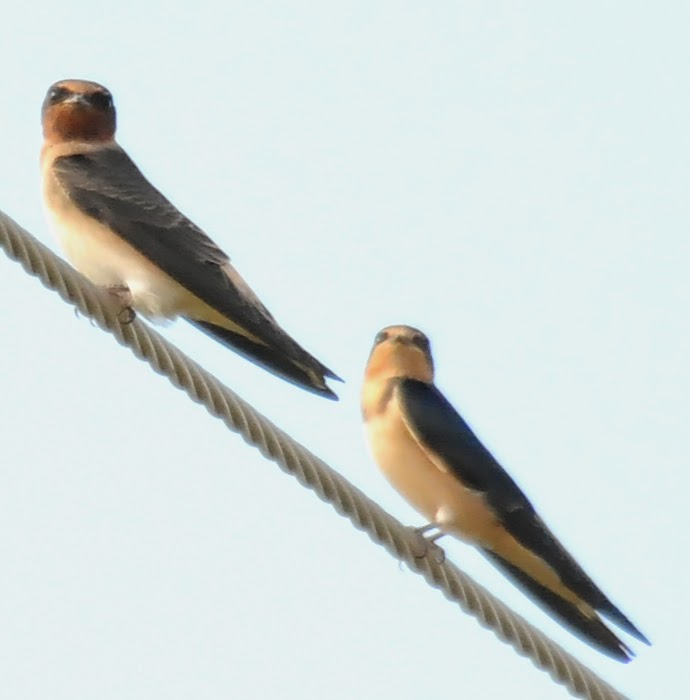 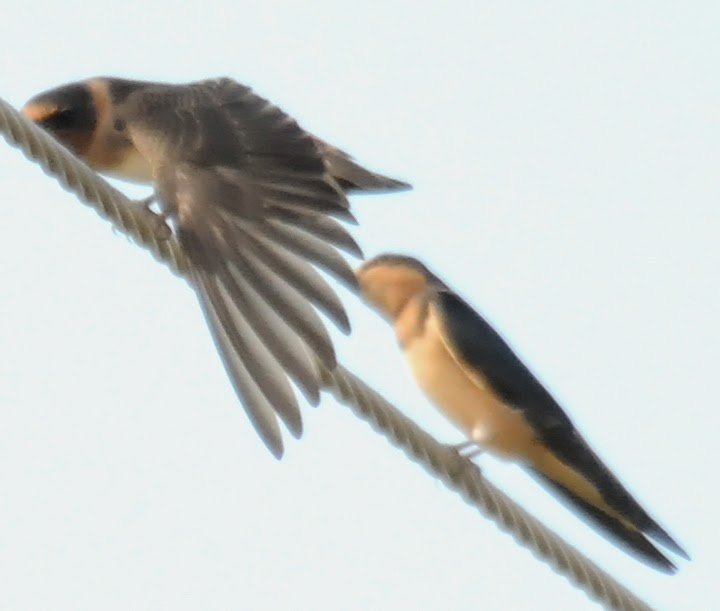 The next bird is another tricky one.  Dave thinks it may be a hybrid on account of (1) the white forehead recalling Cliff Swallow, (2) the under primaries and secondaries appearing white like Cliff Swallow not dark like Barn Swallow (and not merely made too translucent by sunlight) and (3) the wide breast band possibly showing Cliff Swallow heritage (unlike European Barn Swallows, American birds have only a very narrow and incomplete breast band). 
Personally I find the underwing colour quite a difficult feature to use as it can look quite pale on Barn Swallow too, depending on the angle and light.  Of interest and possible relevance this link shows a North American Barn Swallow with a not dissimilar forehead patch and a broadish breast band (admittedly not as broad as Dave's bird).  That link came from a discussion about a brown-backed Barn Swallow on the ID-Frontiers listserve and I see that bird also shows a broad breast band, though it differs from Dave's bird in other ways.  I'd be interested in other people's views about this bird... please use the comments to let us know what you think.