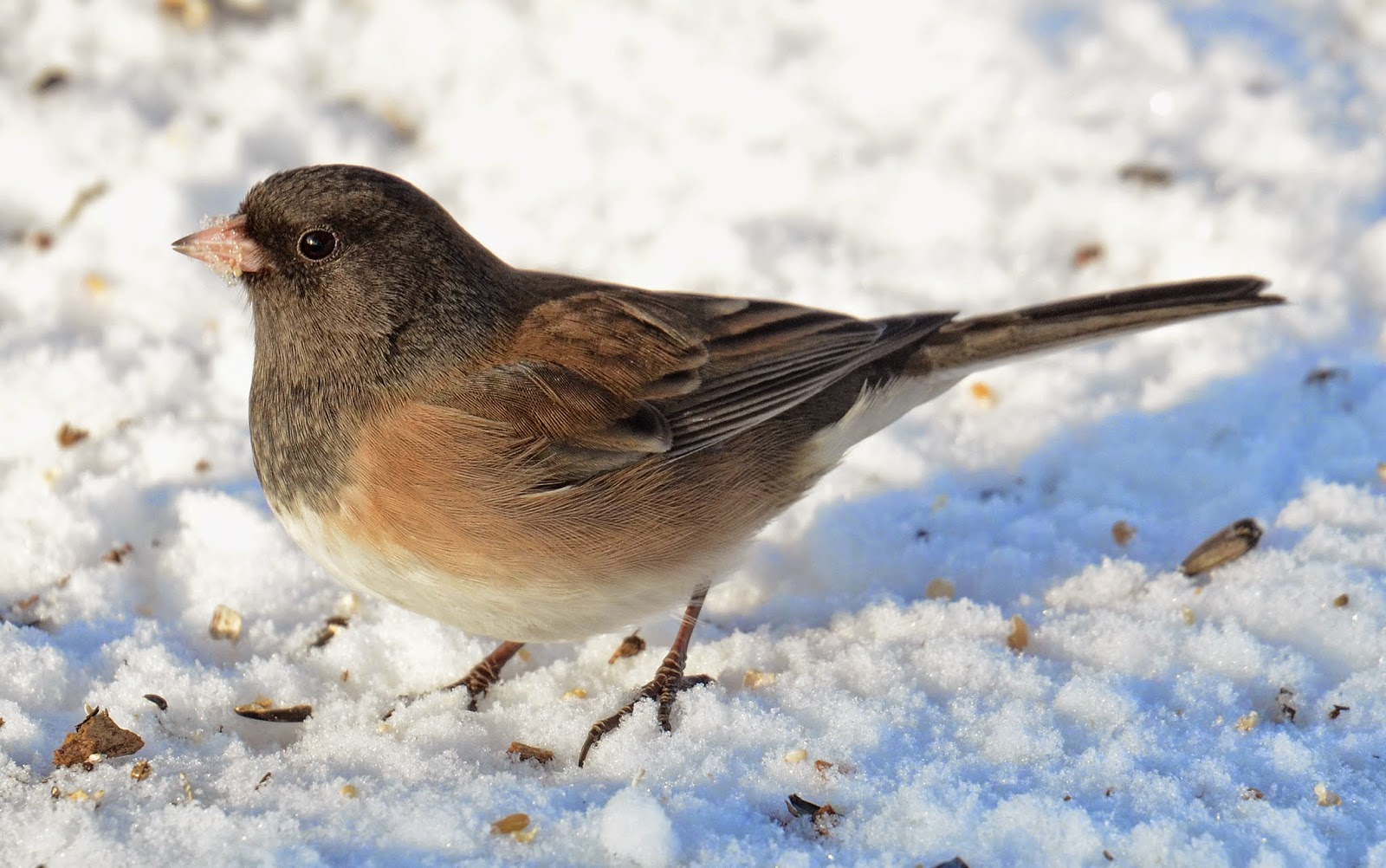 
Steve's comments on this bird are:


"This junco fits Oregon x Pink-sided Junco well.  Given their extensive zone of contact, one would expect such intergrades to be relatively frequent, but I would guess that most of us place them in the Pink-sided or Oregon Junco bin as we ID them (myself included).  This bird's sides are much like a Pink-sided Junco, but the head is darker than typical for that taxon and the face mask relatively weak.  The back is more Oregon like."