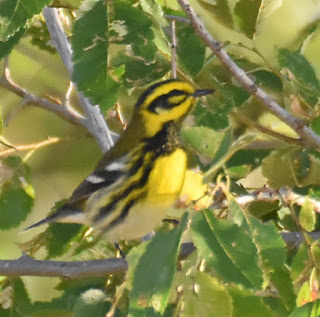 
Best I let Steve explain this one...

Steve refers to a paper in the Journal of Avian Biology, "Hybridization between Townsend's Dendroica townsendi and black-throated green warblers D. virens in an avian suture zone" (Toews, Brelsford and Irwin, 2011) (Journal of Avian Biology 42: 434-446).  Steve tells us that the authors found that only 4 of the 137 birds scored to phenotype by were “intermediate” with most largely resembling one parent or the other.  And there's apparently more information on this hybrid in "Two recent records of apparent Black-throated Green Warbler x Townsend’s Warbler in Colorado" (Mlodinow, Walbek and Leatherman, 2014) published in Colorado Birds 48: 102-106. 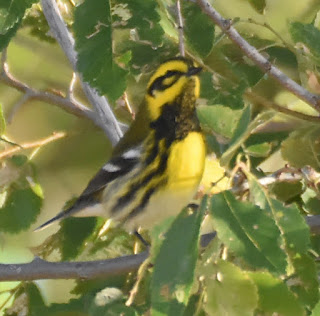 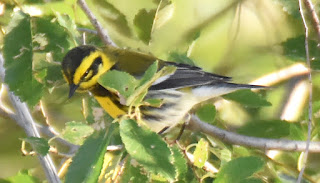 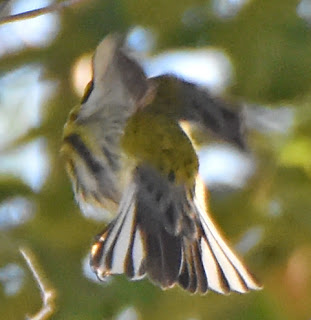