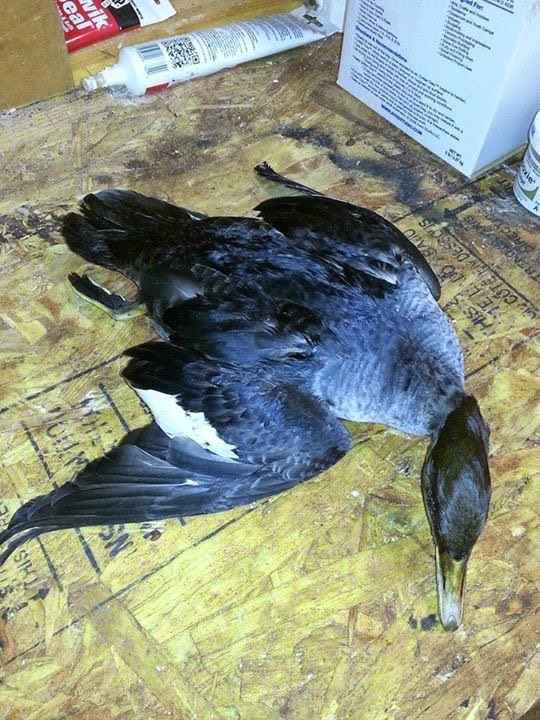 
This is the second of the shot ducks I've been sent photos of in the last few days.  The correspondent (Bunn Boddie) wondered about Wood Duck x Goldeneye, but while I can certainly see Goldeneye in it I suspect the thinness of the bill may point to Hooded Merganser as the second parent.  This is a more likely hybrid - one that's known to occur regularly in the wild - and the wing pattern is more as I would expect on such a hybrid.

To my eyes the photos seem to show a hint of green plumage on the head, especially at the rear of the crown.  I'm not sure if this is real, but if so that would suggest it is not a female Goldeneye x Hooded Merganser hybrid, but it may be ok for a first-winter male (or alternatively it could be an intersex female). 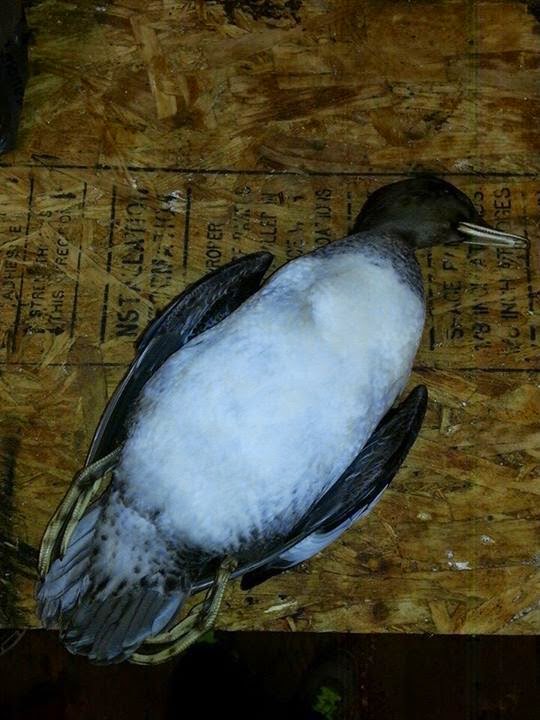 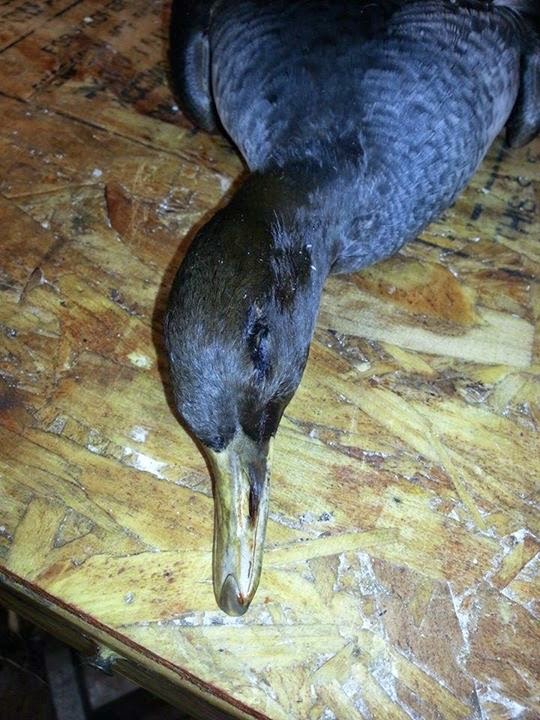