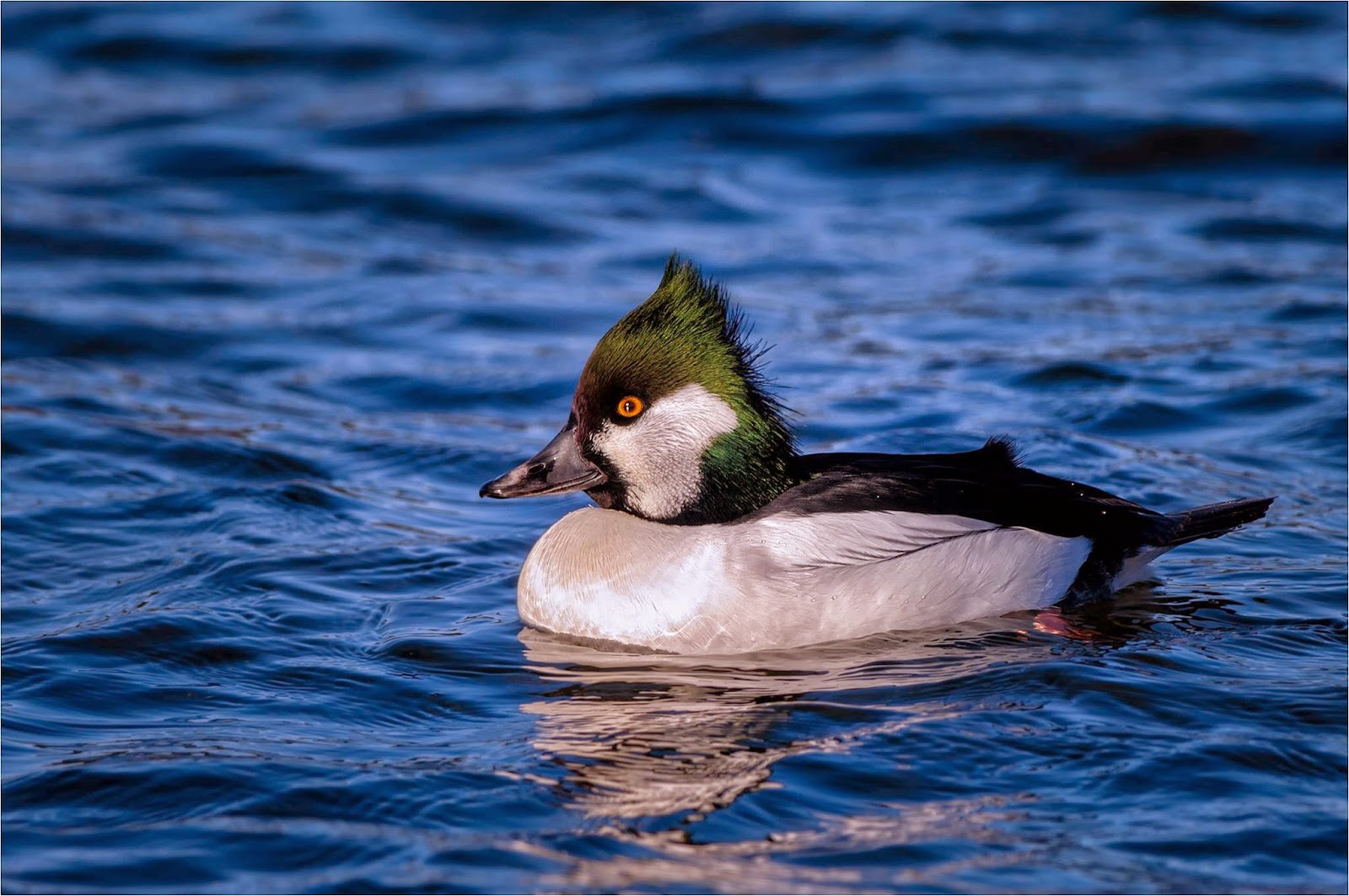 
What a smart bird!  And now who says hybrids are ugly?!  This one so superbly captured by Jim was among Bufflehead and Goldeneye wintering on the lagoon.

I have labelled all the birds on this page simply as Bufflehead x Common Goldeneye without any qualifier, which could be open to challenge.  I believe at least two of them were among Bufflehead and Common Goldeneye but the possibility that the Goldeneye parent was Barrow's is perhaps difficult to exclude with certainty.  Probably we need more experience of Bufflehead x Barrow's Goldeneye hybrids to be clear about the criteria for eliminating those.  I suspect that historically part of the rationale for identifying some such hybrids as involving Common Goldeneye rather than Barrow's was the head colour, Common Goldeneye having a green head sheen while Barrow's is more purple.  But we now know that head sheen colour in ducks is not necessarily helpful, for example Tufted Duck x Ring-necked Duck hybrids tend to show green head sheen despite both parent species normally looking purple.  Perhaps Barrow's hybrids might show other indications of different parentage in scapular pattern, head/bill shape, etc., but to me at least this is not yet clear. 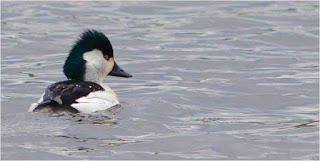 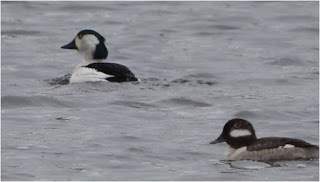 
Both presumed parent species were present with the next one below.  Matt tells us that it was slightly larger than the Bufflheads which is what it was mostly associating with. 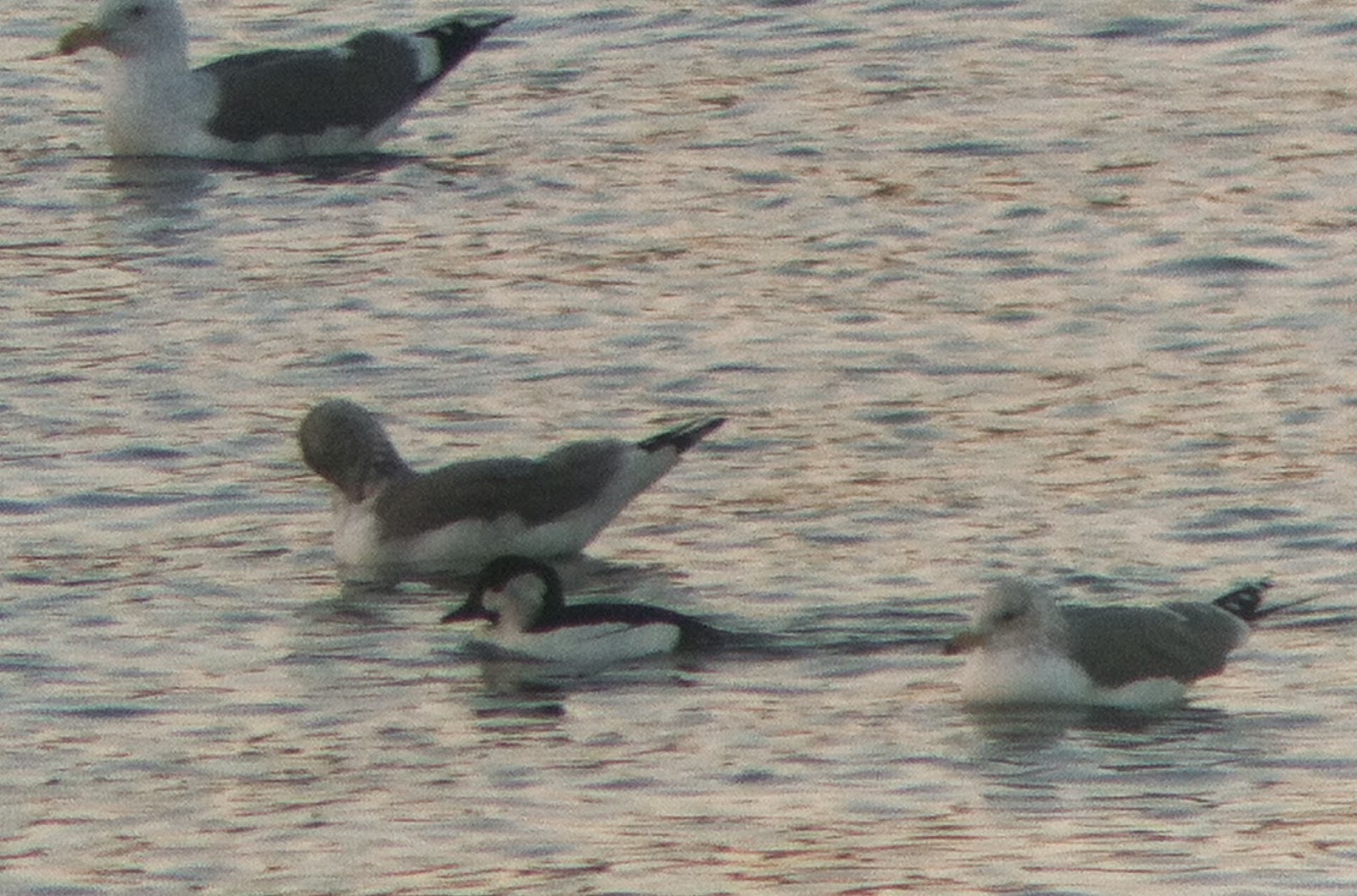 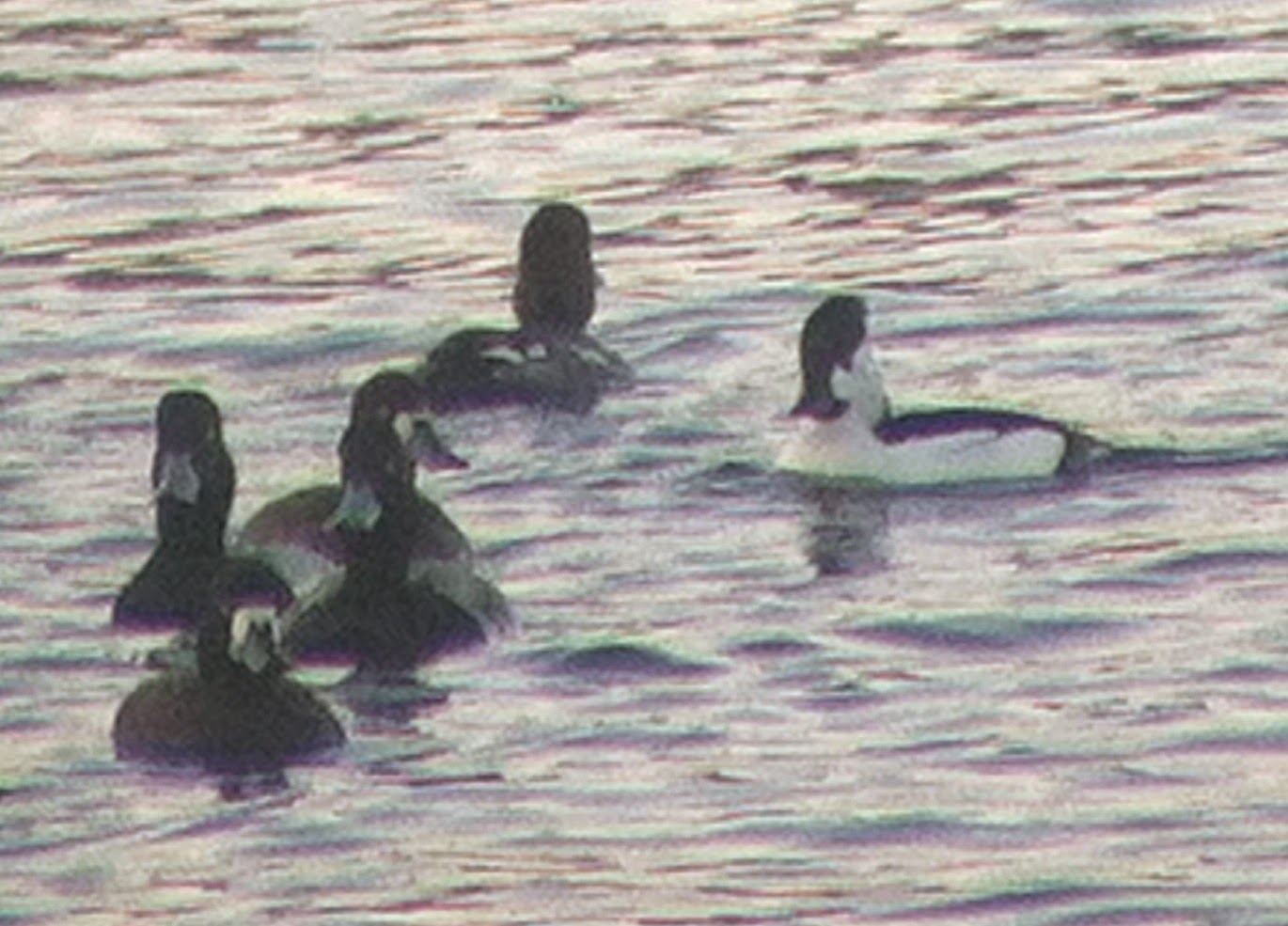