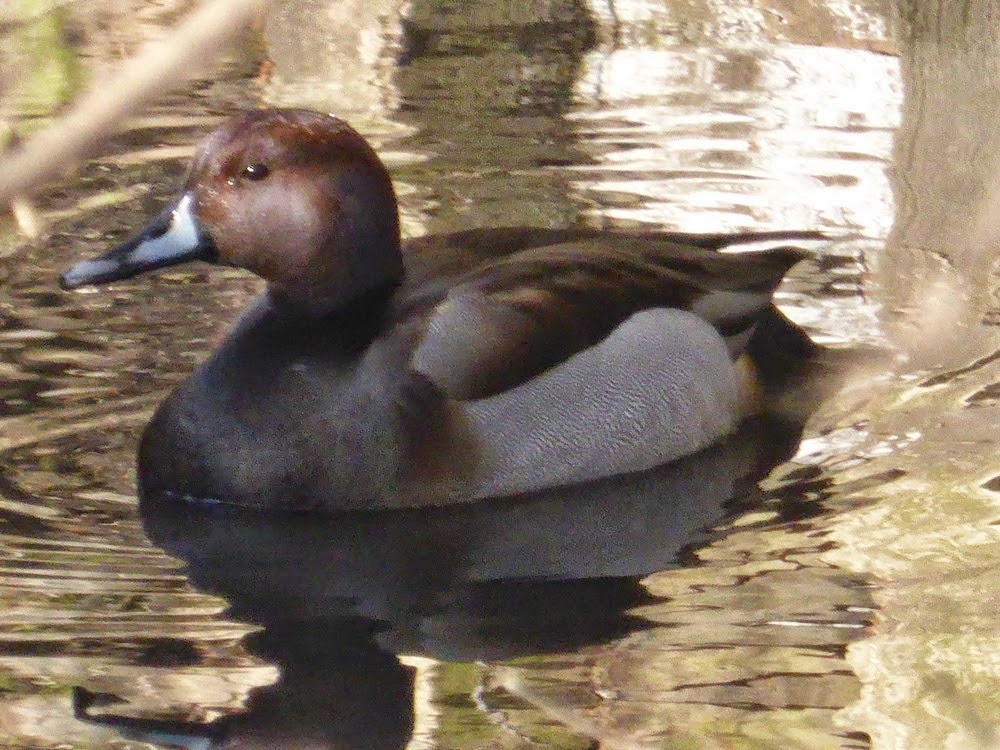 
It's reassuring when faced with a tricky hybrid duck when two people reach the same conclusion independently.  I saw these photos when Nick Crouch (@notbirdingnick) posted them on Twitter.  Pintail x Red-crested Pochard wasn't my first thought at all, but it's always worth flicking through the pages of the Gillham books when faced with an unfamiliar hybrid duck, and when I did so I came across a very similar bird, a Pintail x Red-crested Pochard.  I hadn't noticed the orange on the crown in Chris's photos but looking back at them I realised it did show.  I hadn't realised Nick had blogged about it too, and tentatively reached exactly the same conclusion.

And now Joern has added his weight to the ID too, based on his greater experience:


"A typical example of this cross in my opinion.  I have seen photos of at least 8 male birds of this cross (from France, from Switzerland, from Moscow, from UK), half of them with known captive origin.  Note that the brown of the head is variable, in most birds I have seen closer to Northern Pintail, but some appear more reddish, closer to Red-crested Pochard.  One bird had a marked pale area in the middle of the breast reaching upwads to the front of the neck but the sides of the breast were dark - this appeared as if the white breast of pintail came through.  All birds had a bill pattern closer to Northern pintail but the black was some more extended and below the blue-grey some red was coming through in the bill base or in the bill tip or both." 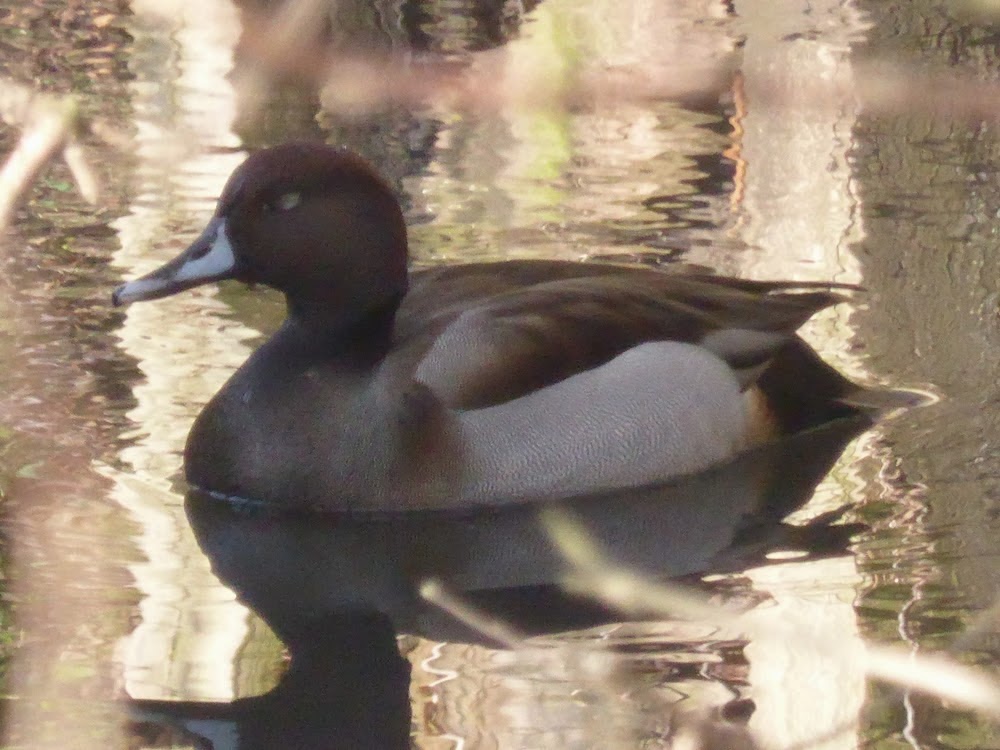