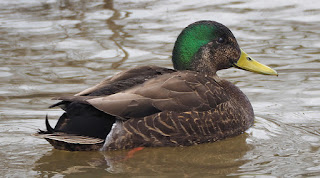 
The first bird shown here is perhaps as obviously intermediate as any on this page though Gordon pointed out the cheeks are darker than on some and it shows a dark crescent in the cheek area.  It seems that both characteristics are seen on this hybrid from time to time - a few examples can be found when searching through images online.

Black Ducks are a declining species in North America and at least part of the problem is linked to hybridisation with Mallard.  Steve Mlodinow tells us that at Everett (where he photographed the next one below), Black Ducks were introduced in around 1970 and initially the populating grew to hundreds.  Subsequently hybridisation with Mallards became so prevalent that in the end there were no pure Black Ducks remaining.

For the bird below the overall dark plumage and somewhat dusky tail indicate the presence of American Black Duck genes. 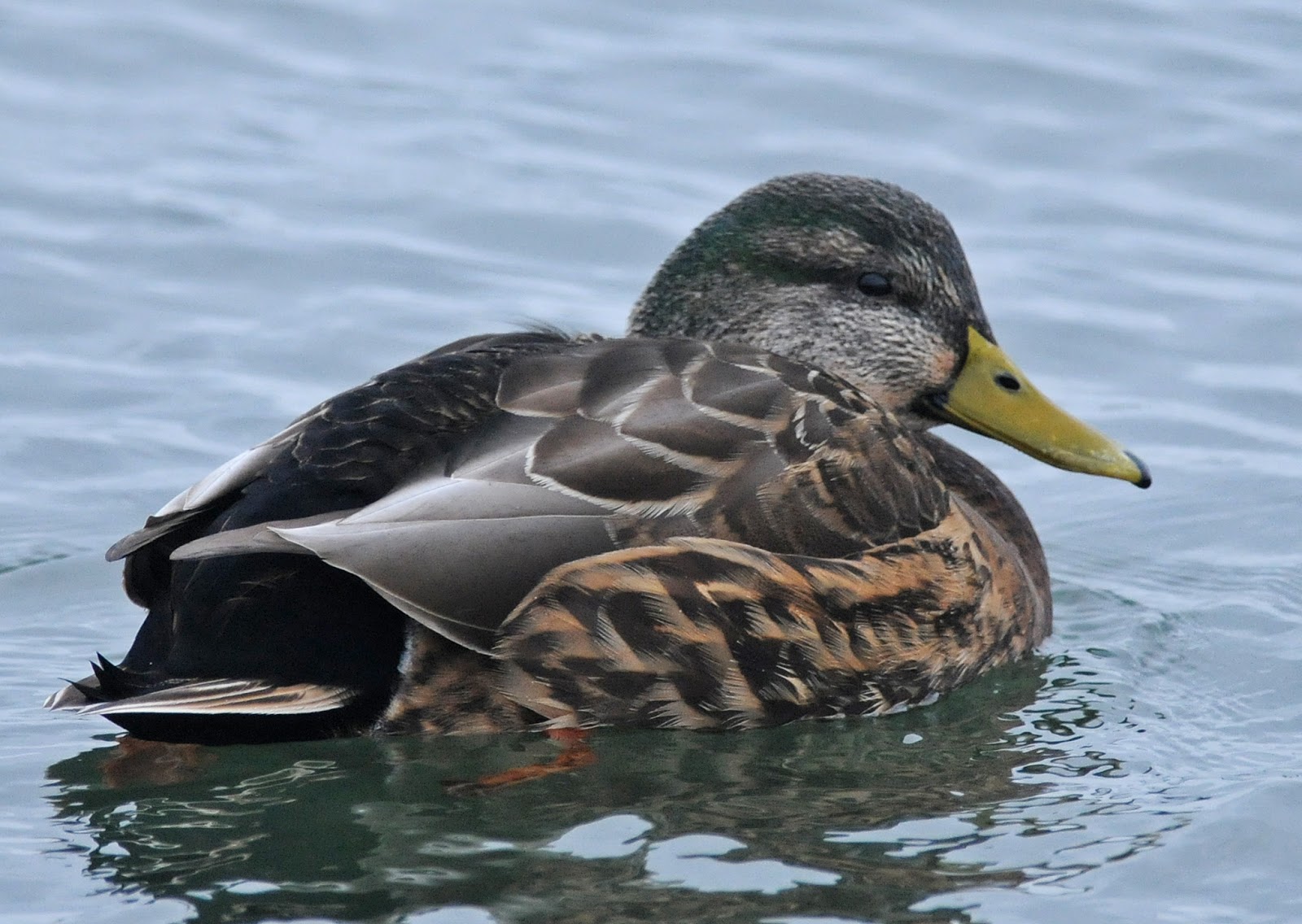 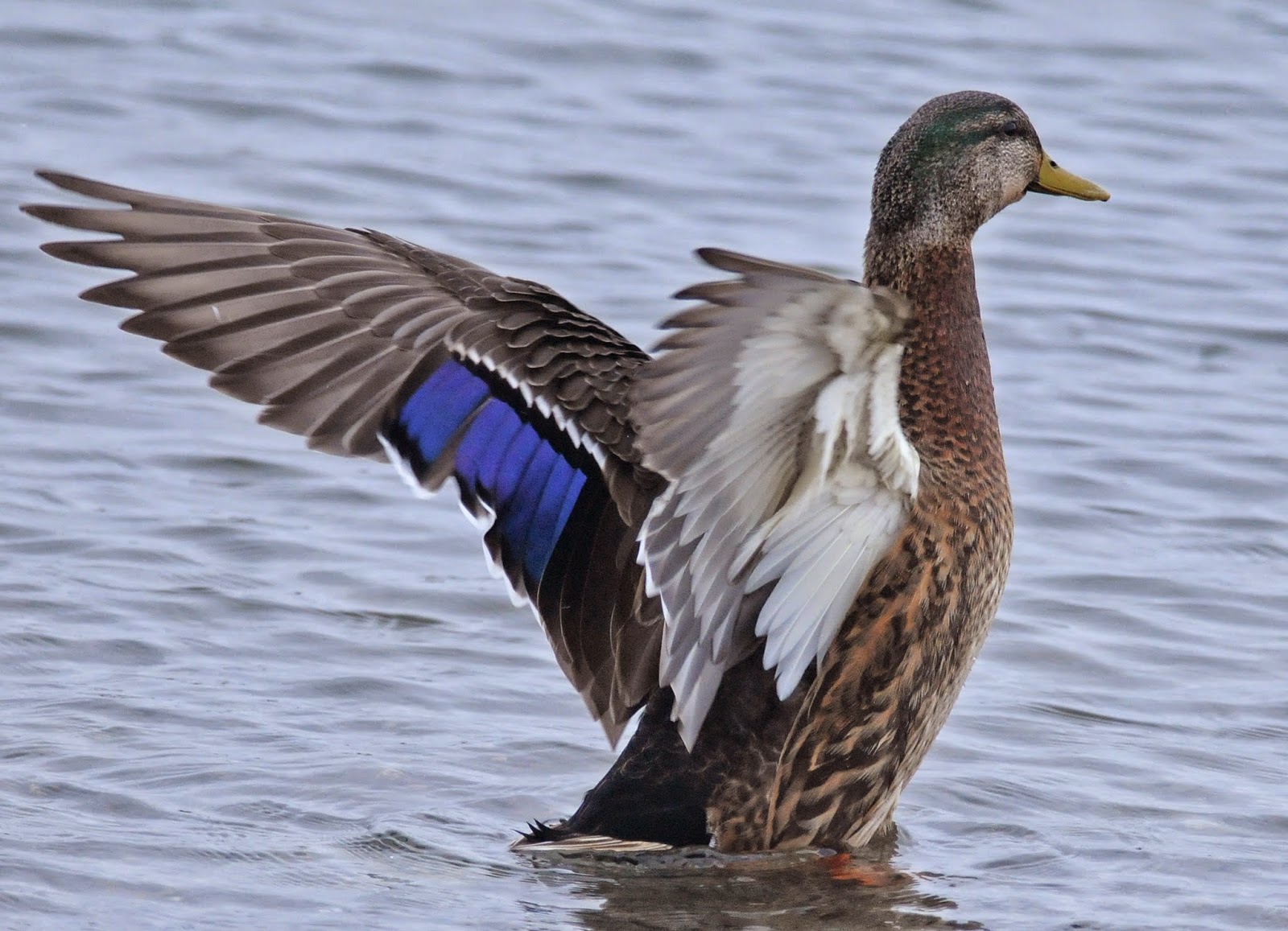 
Next is another male from the same area.  Steve draws attention to the dark plumage, green bill and dusky in the tail indicating Black Duck genes. 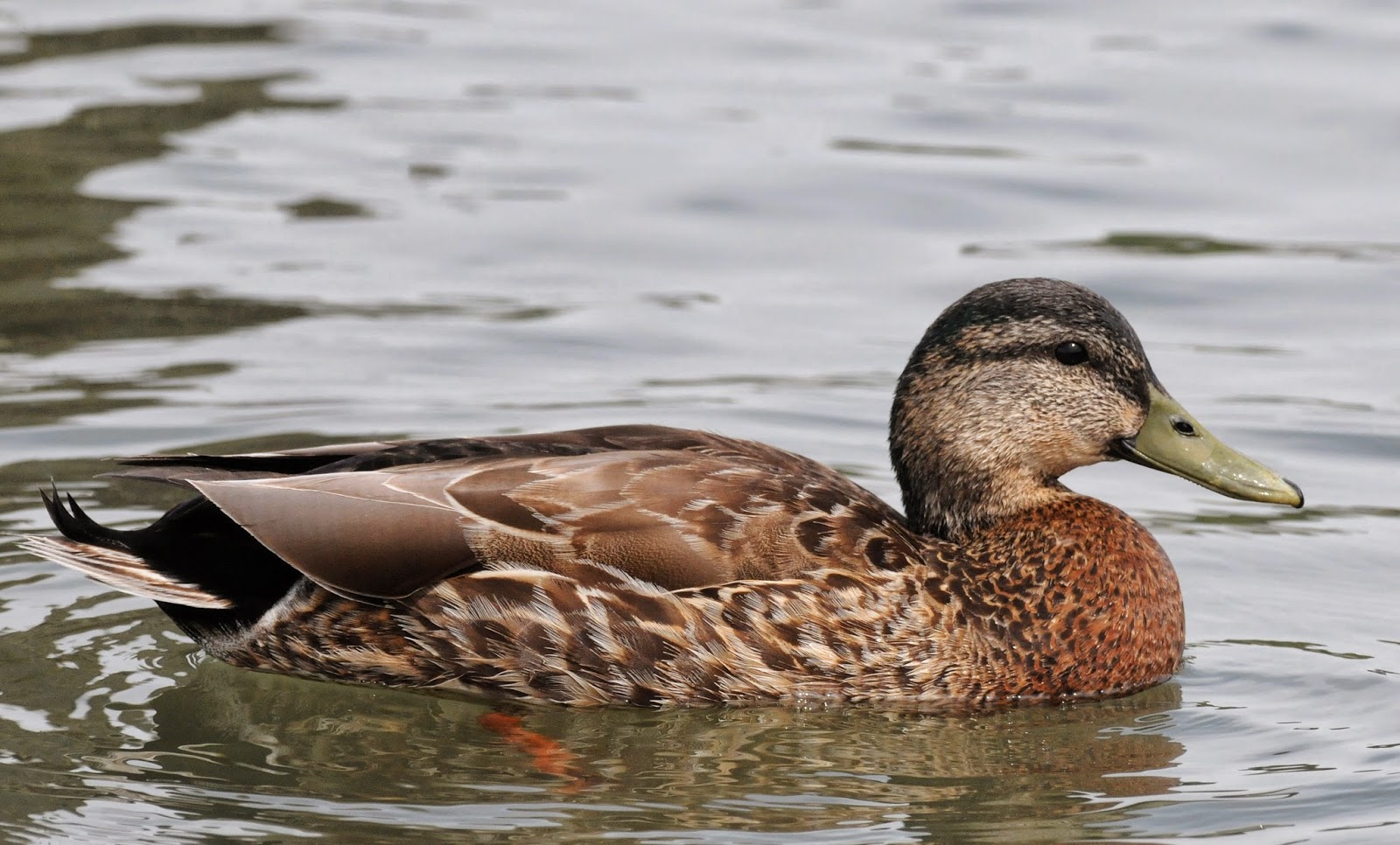 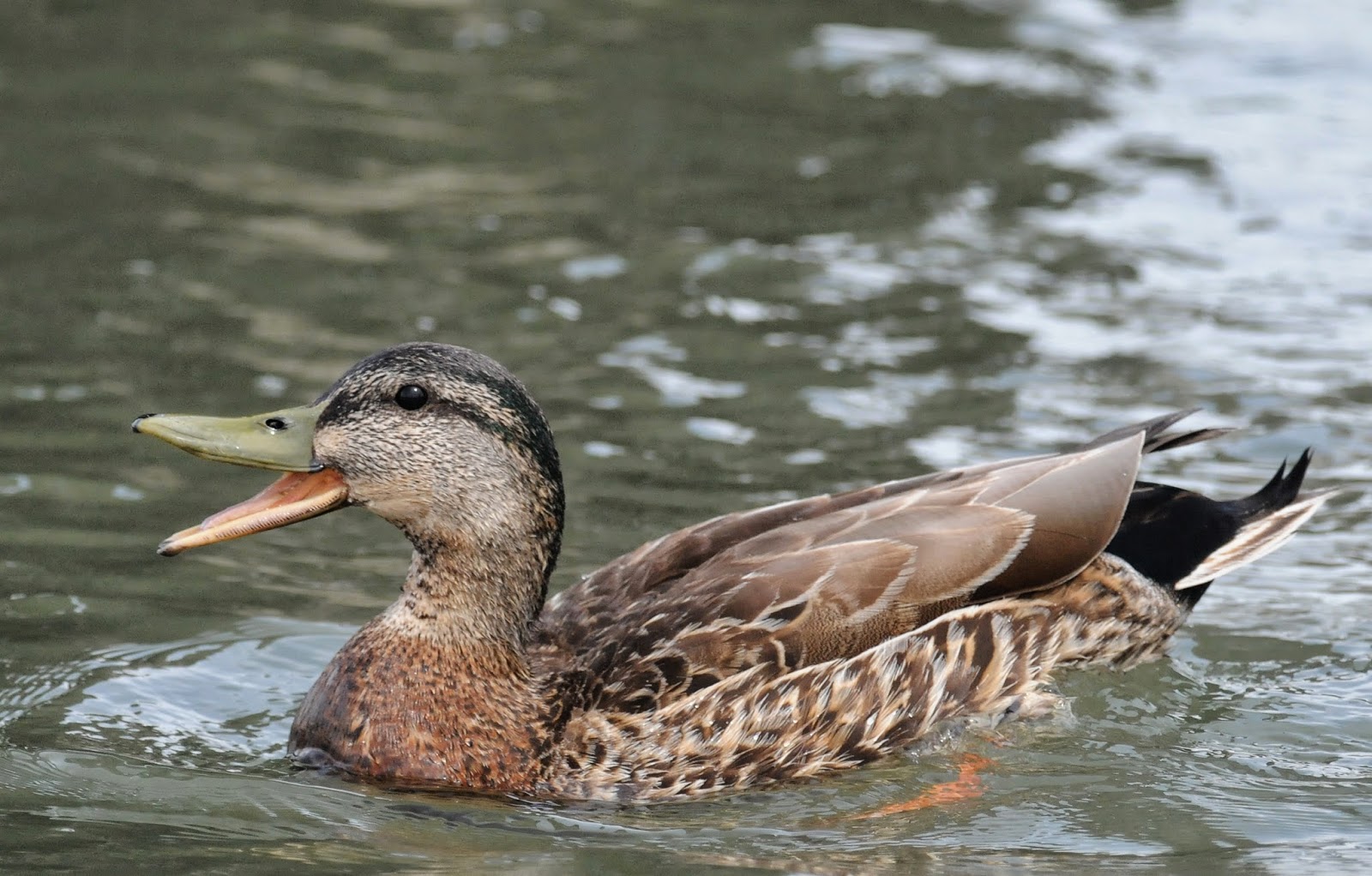 The next one's a female but the darkish tail and overall plumage seems to indicate some Black Duck genes. 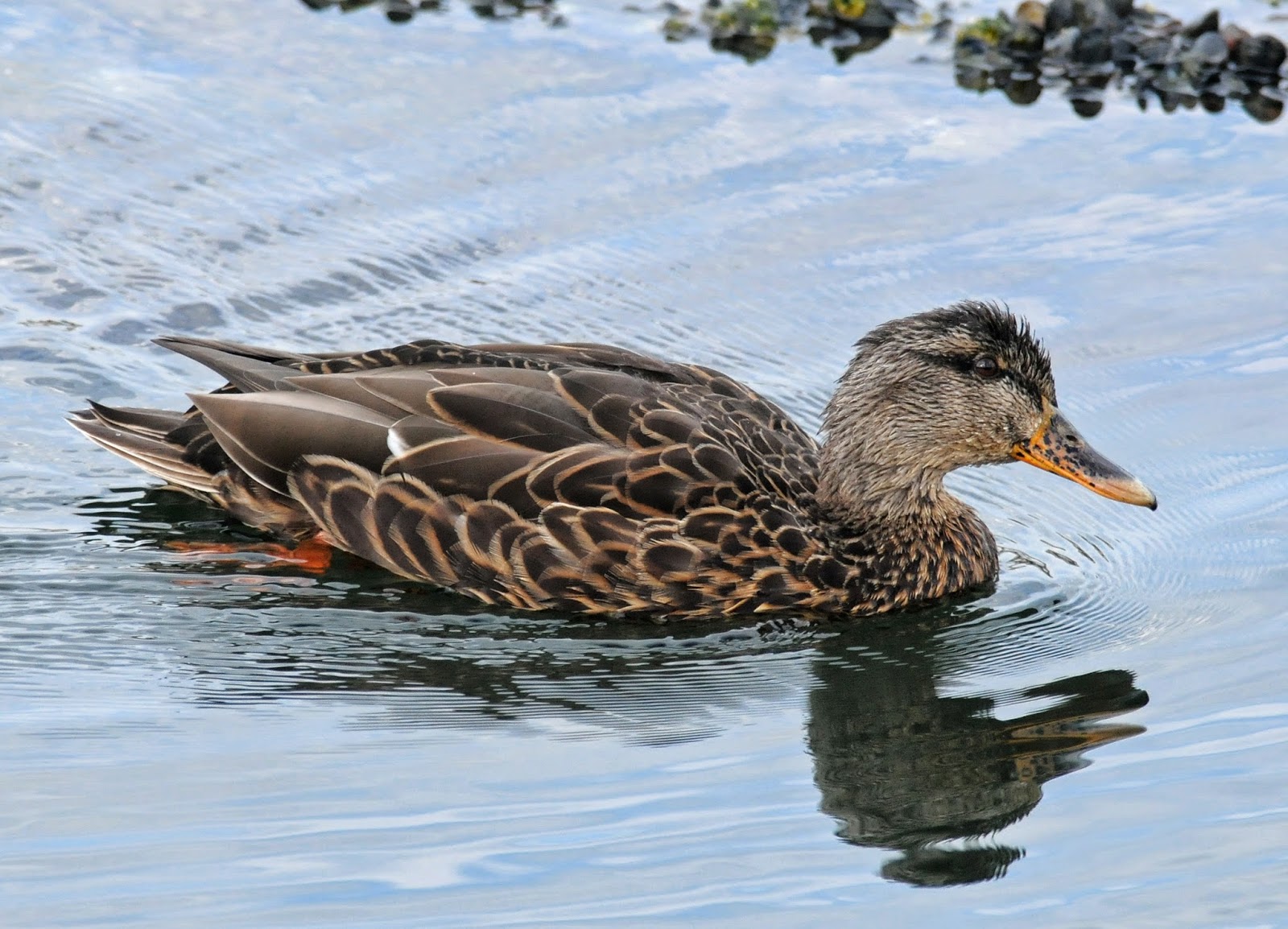 Cathy notes on the next bird say,

"The light was dim, but this bird still seemed much darker and less patterned than any of the Mallard x Mexican Ducks that I have seen.   The speculum also seems to have very restricted white around it. T ail was a bit 'brighter' than might be expected, but still think most traits point to American Black Duck as one parent." 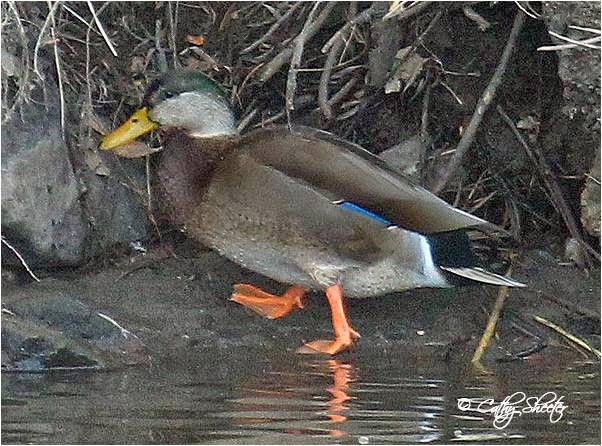 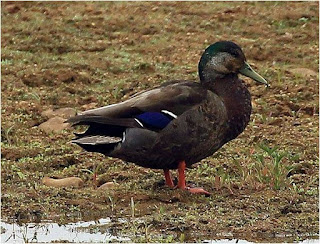 Steve writes about the next bird that it could easily be mistaken for a pure Black Duck (but notes partially curled tail feathers and warmer brown sides).  He also points out that Mexican Duck might look much like this bird but would also lack curl to the tail feathers, would have a blue (not purple) speculum and would have internal markings on the wings and scapulars.  A Mexican Duck x Mallard would also have those internal markings and would likely look paler.  Finally, Mexican Ducks usually show a darker/warmer brown chest contrasting with remainder of sides.

Steve also notes that the white edges to the speculum were narrower than it appears on the second photo below. 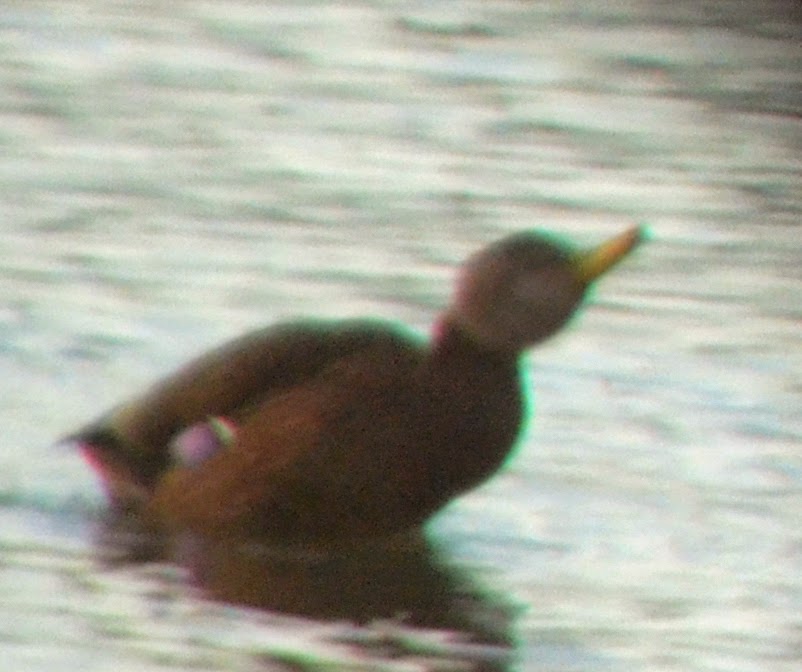 
The next birds are rather close to Black Duck in appearance but there is a hint of green in the heads and the flight shot shows clear white borders to the speculum. 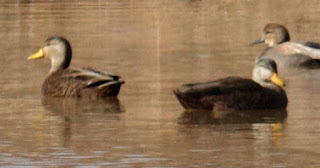 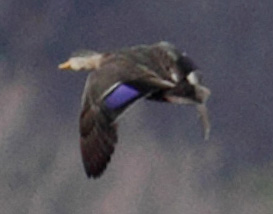