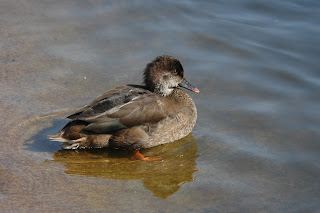 
Several photos of this type of hybrid on the internet appear to show a mixture of male and female characteristics and are believed to be intersex. Here is one which has predominantly female-like plumage but shows a distinct purple sheen on the head, a feature shown by other similar birds too.  This would not normally be expected on a female bird, so is it evidence that it is intersex?  We presume so, but it needs further study.

Some, like the next bird, have little or no suggestion of female plumage but the bill pattern is female-like with its dark base. It seems that with intersex ducks the bill becomes male-like more slowly than the plumage, so intersex is still a possible explanation, but I am not sure... can it be that some males of this hybrid have a bill like this?

The pale body and wings of this one are probably a sign that the two parents were not a typical wild-type Mallard and a typical Red-crested Pochard. Many Red-crested Pochards in captivity are leucistic, so this may be the source of the pallour, but the Mallard-like elements bear a striking resemblance to Saxony-type domestic Mallards (of which there were several on the same lake) and I suspect this is more likely the cause.


The next one is more clearly female.  It was at a site that is frequented by large numbers of birds released for shooting and that may well be its origin. 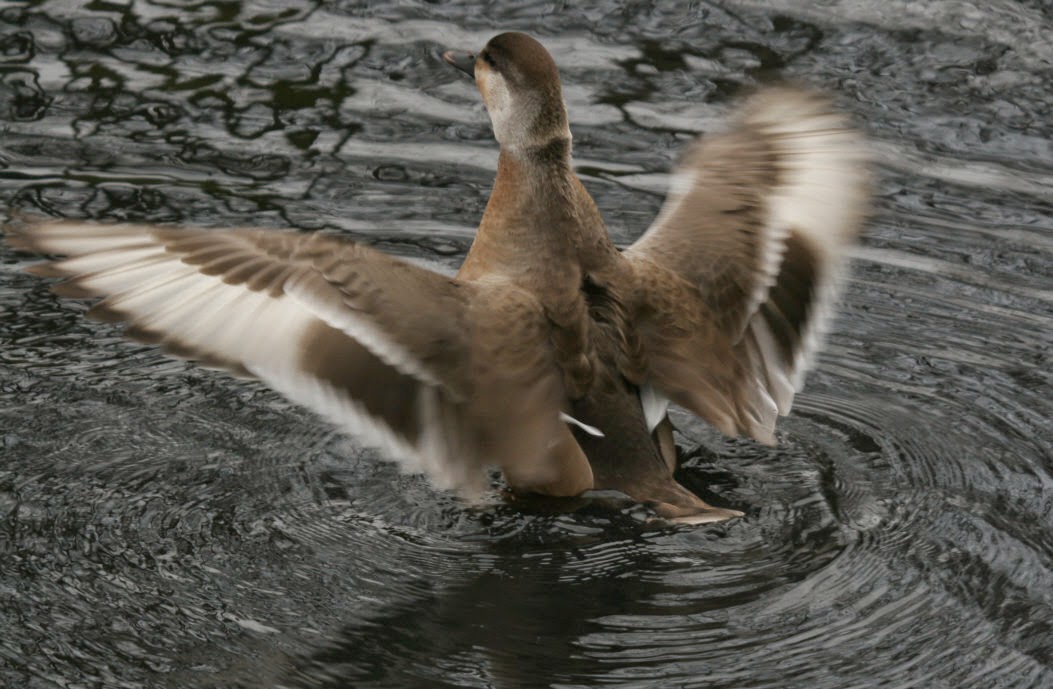 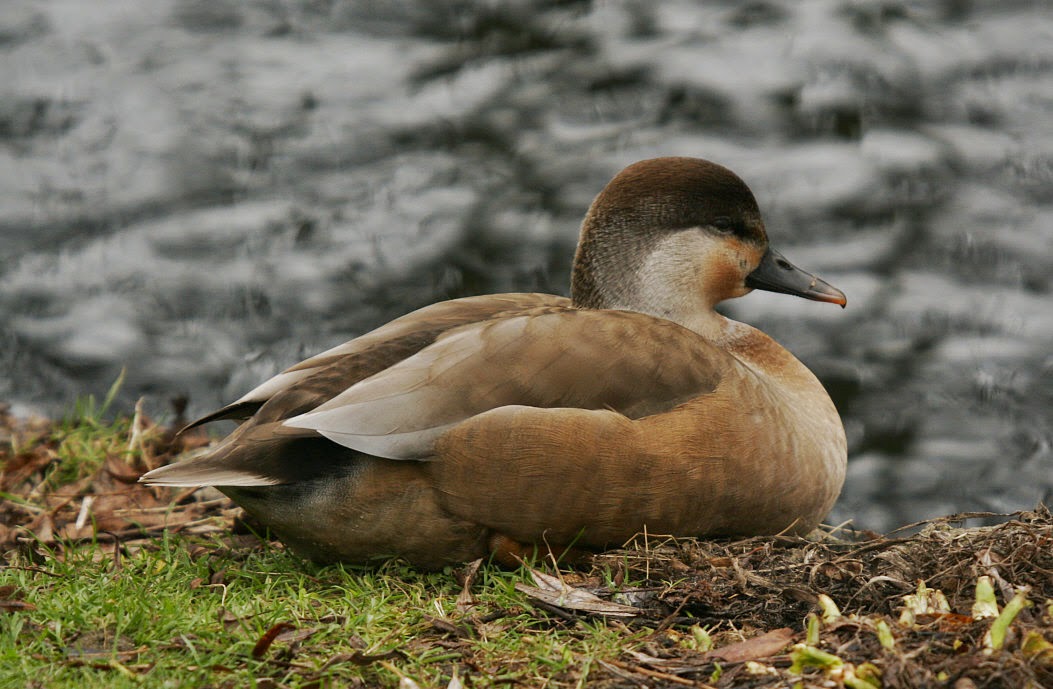 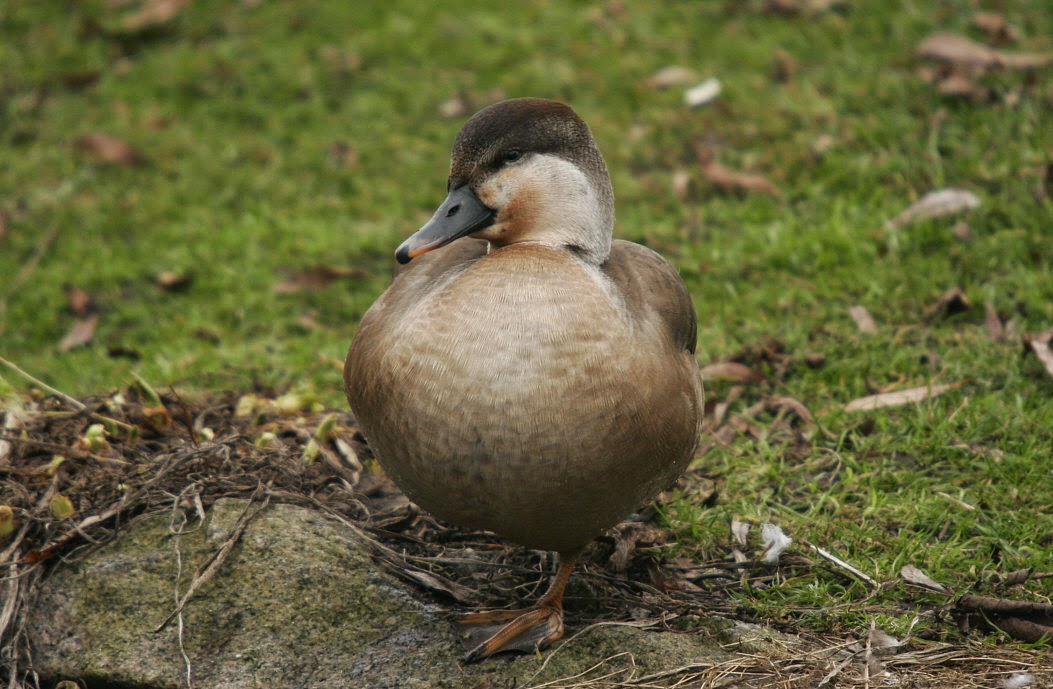 
Here's another one which as Andy points out, seems to show a mixture of male Mallard and female Red-crested Pochard features.  Another intersex? 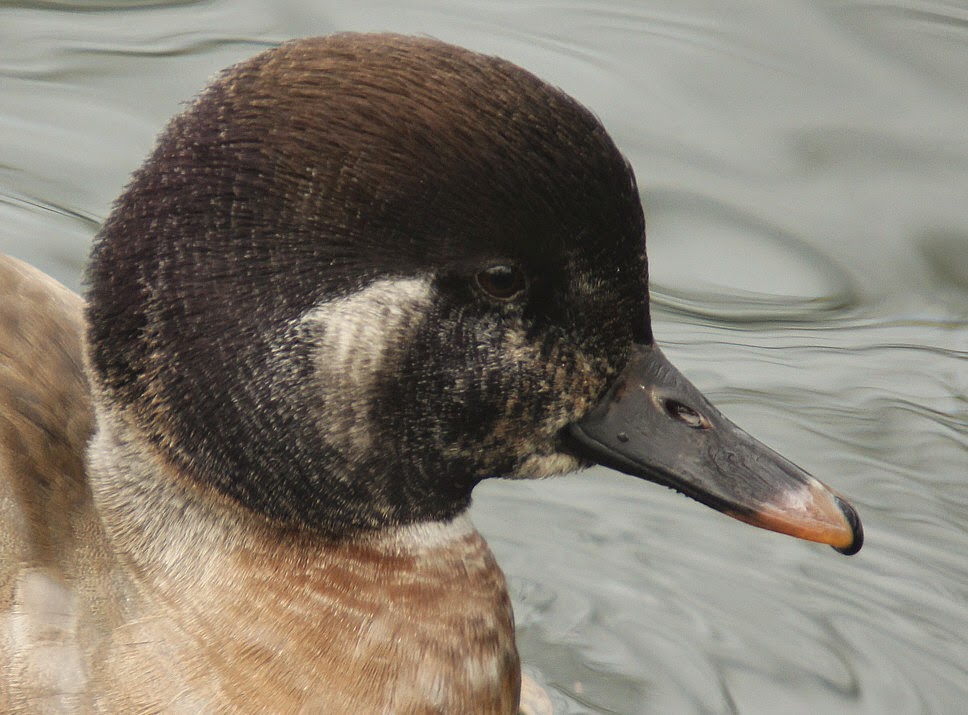 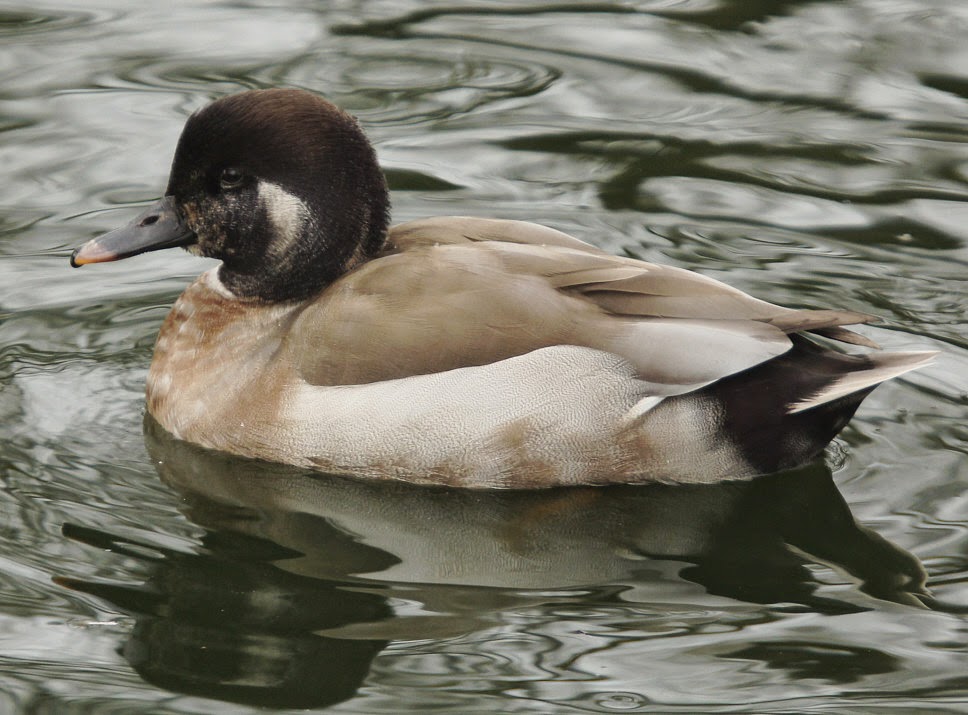 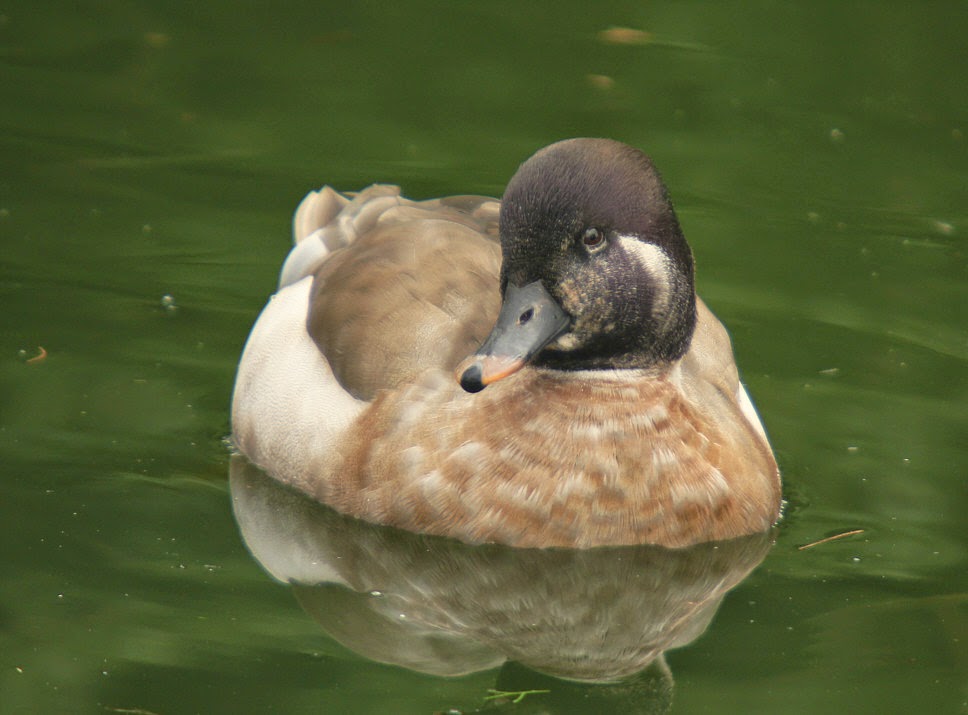 
When the first photos of the next bird appeared I didn't think the bill was a good match for this hybrid and wondered if Red-billed Teal might be involved, though others felt that Red-crested Pochard was involved.  However when Michael tweeted the photo of it standing I realised the others were right.  Perhaps not a typical example, but Mallard x Red-crested Pochard seems to be the best fit. 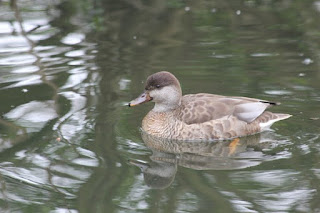 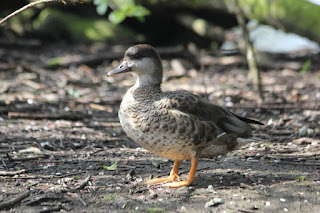