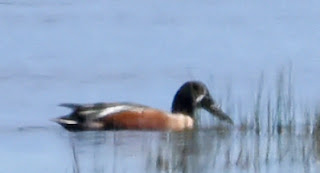 
This is quite an uncommon hybrid.  Steve highlights the Cinnamon Teal-coloured sides, reduced white in front of black vent (that was tinged rust in field) and lack of spotting or other marks within rust sides all pointing to Cinnamon rather than Blue-winged Teal as the non-Shoveler parent.


Joern's drawing below is based on 12 birds from North America and Europe, presumed to have this parentage and confirmed by a photo of a captive bred hybrid Shoveler x Cinnamon Teal from the Natural History Museum at Tring, England. That bird with known parentage matches the wild ones exactly.

Joern tells us that while plumage pattern and coloration was quite constant, iris colour in this cross seemed to vary.  Some of the wild birds had a yellow iris but other had an orange or red iris.  Also the width and length of the white facial crescent showed slight variation.  Several of the birds had a slight dark spotting to the breast. 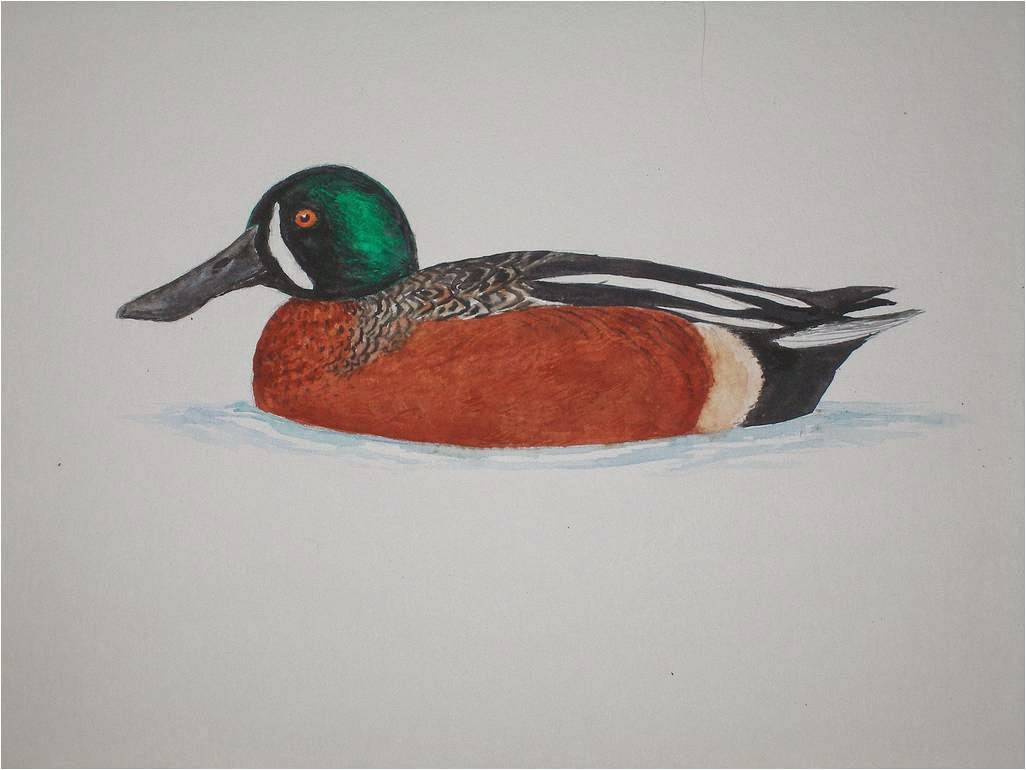