I've a hunch.  It really isn't any more than that, but let's see if it there might be anything to it. My hunch is that some hybrids may be more prone to vagrancy than non-hybrids.  In other words if a bird is a hybrid it may be more likely to turn up in an unexpected place than if it was not a hybrid.

Recognising that I don't have much evidence for my hunch, this article is to get discussion going and to encourage people to look out for evidence.  Let us know if you find any!

Hybrids are genetically a bit mixed up.  Apart from the obvious with their appearance being different from either parents, the fact that they're hybrids may also impact them negatively in a number of other ways.  Here are some examples we know about:
So it seems that being a hybrid can result in being a bit messed up inside as well as being messed up outside (excuse the simplistic way of expressing that!).  And so if that's the case, then it doesn't seem too much of a stretch to imagine that they might display odd behaviours or that this might effect their ability to migrate normally.

Well I described it as a hunch because I recognise that I don't have much evidence.  I share it because I'd be interested if other people can help gather some evidence - if it exists.  So far I've got just one story that might support my hunch, but in all honestly I'm not sure it really does.

In November 2002 a bird closely resembling Hermit Warbler turned up in New York State (USA).  A number of apparent anomalies were eventually discovered to be within range for Hermit Warbler, but one feature remained problematic.  Both Hermit Warbler and Townsend's Warbler occur in western USA and are extremely rare vagrants to the east (especially Hermit Warbler with just a handful of records).  But where their ranges overlap hybrids do occur and it seems most likely that the November 2002 record was a hybrid.  The final conclusion of the New York State Avian Records Committee in its annual report was, "In conclusion, although the Jones Beach warbler could possibly have been an unusual variant Hermit Warbler, the Committee concluded that a hybrid origin was more likely and certainly could not be ruled out."  If hybrids are as equally prone to vagrancy as pure birds then the odds of a hybrid turning up in a place where pure birds are extremely rare must be very low.  Of course - and this is why this isn't a perfect example - they will be higher if the two species hybridise relatively often.  Townsend's Warbler x Hermit Warbler hybrids do occur where their ranges overlap.  Here's one for example: 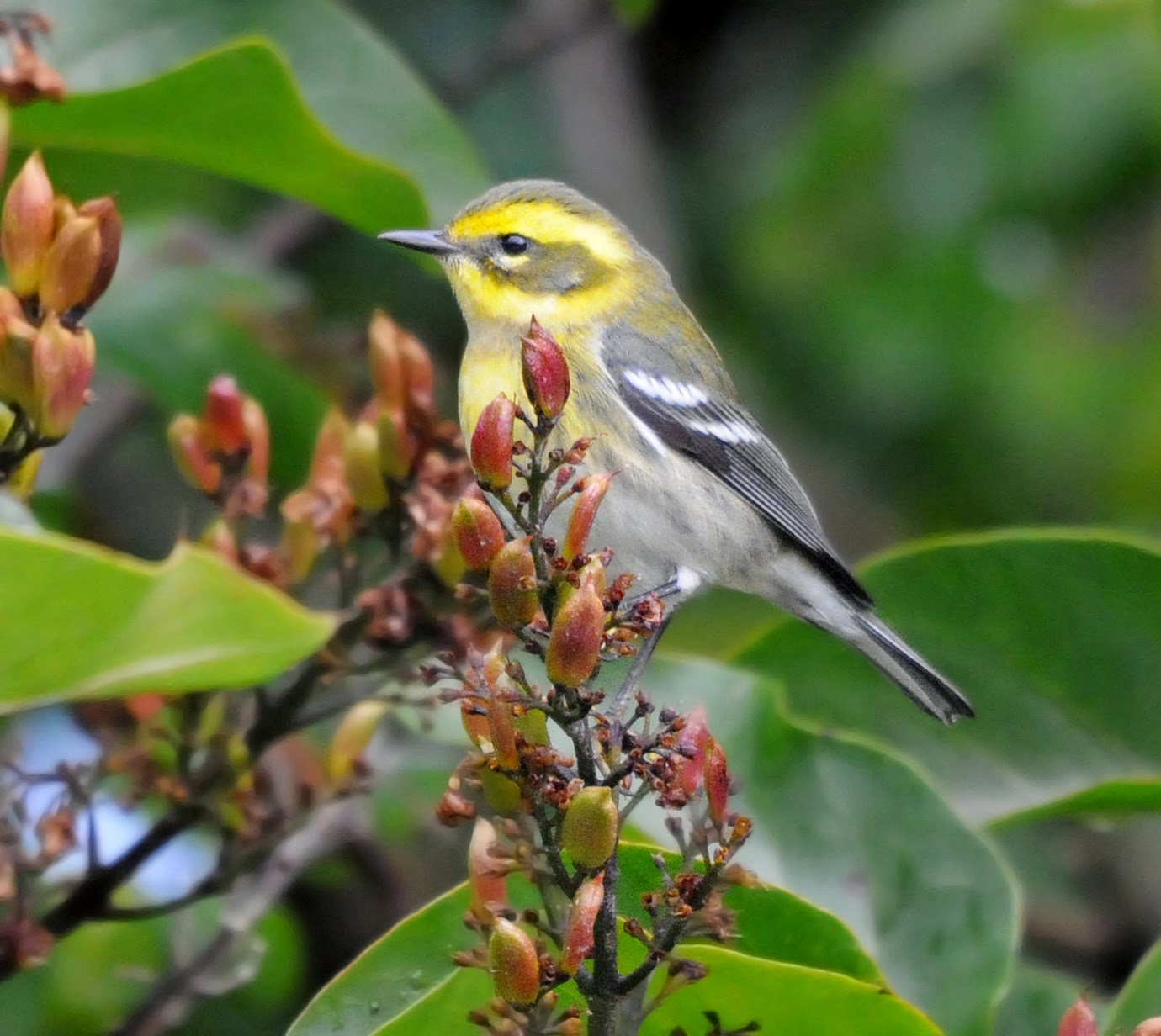 
Moreover the hybrids are fertile meaning backcrosses also occur (and meaning that impure birds form an even higher proportion of the population).  The New York bird, assuming it was indeed a hybrid, resembled Hermit Warbler much more closely than Townsend's Warbler, so could possibly have been a backcrossed hybrid.  I don't have any data as to what proportion of the Townsend's Warbler/Hermit Warbler populations consist of hybrids and we'd need that to know if this was a good example to support my hunch or not.  My impression is that it's reasonably low and if so then this story probably does support my hunch a little, but if it's in fact a moderately high proportion then it's completely irrelevant!


Is there any counter-evidence?

There's plenty of evidence that some hybrids do migrate normally with whichever parent species they grew up with.  But is that counter-evidence?  I don't think so.  There is plenty of evidence that some hybrids are fertile but it doesn't mean they all are.  I'm not sure what other counter-evidence to look for?  I'm open to suggestions but I think it will only come in the form of a lack of evidence for the hunch - if lots of people interested in hybrids fail to come up with any supporting evidence over a period of time, then it will start to look less likely.


Why does it matter?

Well I'm not sure it has to matter to be of interest, but I think it might help to understand when assessing records sometimes.  I can think of a couple of scenarios:

My alternative (and very tentative) theory that this might be a genuine wild vagrant seems very far-fetched, but it isn't if my hunch about hybrids being more prone to vagrancy is right.  The breeding ranges of wild Emperor Geese and Ross's Geese don't overlap, but Emperor Geese have been recorded well outside their normal ranges and inside the (wintering) range of Ross's Goose.  So far as I know hybridisation between the two species has not been recorded in the wild, but it doesn't seem very unlikely that a wild Emperor Goose could find itself among breeding Ross's Geese at some point.  And if it did, especially if it was a male, it doesn't seem very unlikely that it would breed with one of those Ross's Geese.  We know from captivity that hybrids are viable.  Ross's Geese very rarely make it to Europe - we don't really know how rarely as the picture is clouded by escaped birds - but they're at least rare.  If out of all the hundreds of thousands of Ross's Geese only a tiny number at most have ever made it to the UK, what are the odds of a rare hybrid making it here under its own steam?  Well, if hybrids are more prone to vagrancy, then maybe they aren't as low as you might first assume?

None yet - we need more data.  But please let us know if you have any insight, or any examples that might throw some light on this subject.

Email ThisBlogThis!Share to TwitterShare to FacebookShare to Pinterest
Labels: vagrancy