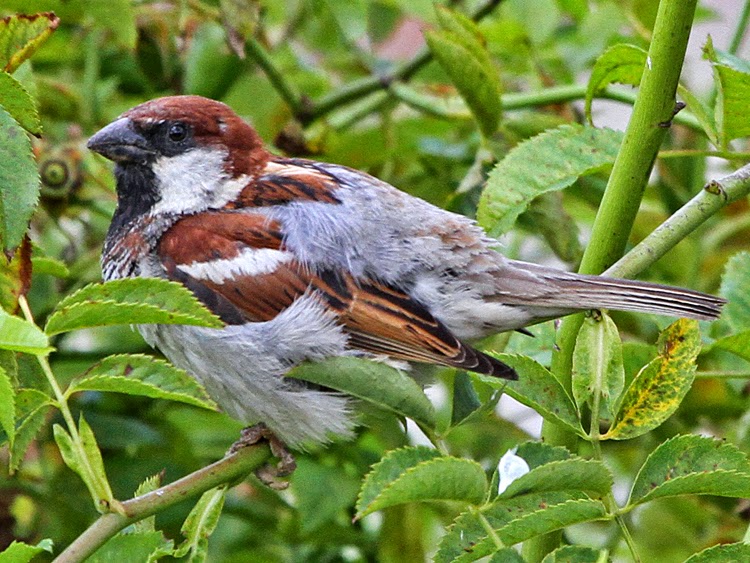 
When this curious bird was found the possibility that it was an Italian Sparrow was mooted.  Indeed it has been submitted as such but the British Birds Rarities Committee have effectively pended the record until taxonomy or identification criteria are resolved (British Birds 108: 630).  A 'classic' Italian Sparrow should not have any grey in the crown but it seems that birds in the north of the range (presumably where introgression with House Sparrow still occurs?) may have some grey in the crown.

Another reason to doubt that was the almost complete absence of grey in the crown.  There were a few spots of grey in the forecrown - at the time we thought at least some of these were effects of moult - feather bases being visible where feathers were missing or loose - but as they appear in other photos taken later on including in 2014 when it reappeared briefly, they must have been a real plumage feature after all.  Most House Sparrow x Eurasian Tree Sparrow hybrids have more grey in the crown than this.

The bill was large, possibly suggesting Spanish/Italian Sparrow involvement and there were none of the buffy tones to the body that are often displayed by House Sparrow x Eurasian Tree Sparrow hybrids (actually some other poeple's photos do seem to show such tones, but not in all frames and covering a different area in different frames - I think those images may be showing the bird after it had been bathing in dust - I have seen House Sparrows with a similar effect from bathing in dust).  I wondered if it might instead by a House Sparrow x Spanish Sparrow hybrid.  It looks a lot like an Italian Sparrow and Italian Sparrows are meant to be the product of hybridisation between House Sparrows and Spanish Sparrows, so this does seem a realistic possibility.  A few Spanish Sparrows have turned up in the UK and spent time - even whole summers - with House Sparrows.  None have been known to produce hybrids but how many others have been overlooked or not even seen - especially if they were females?  It doesn't seem a terribly implausible explanation. 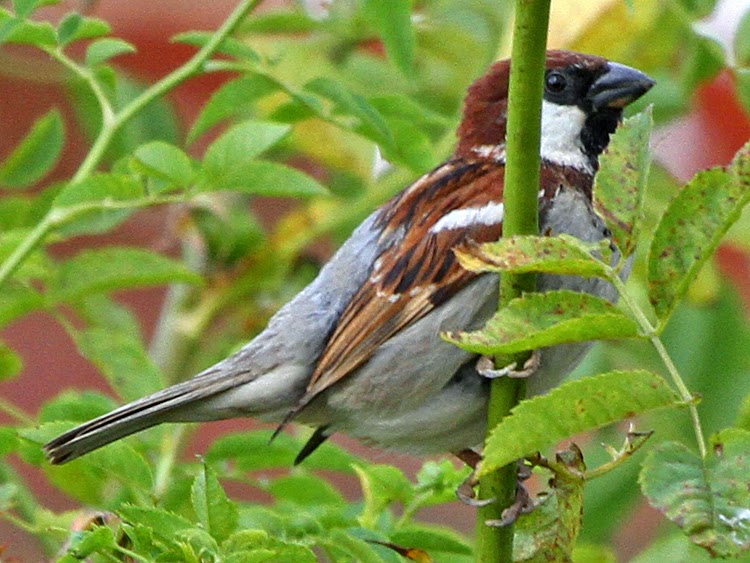 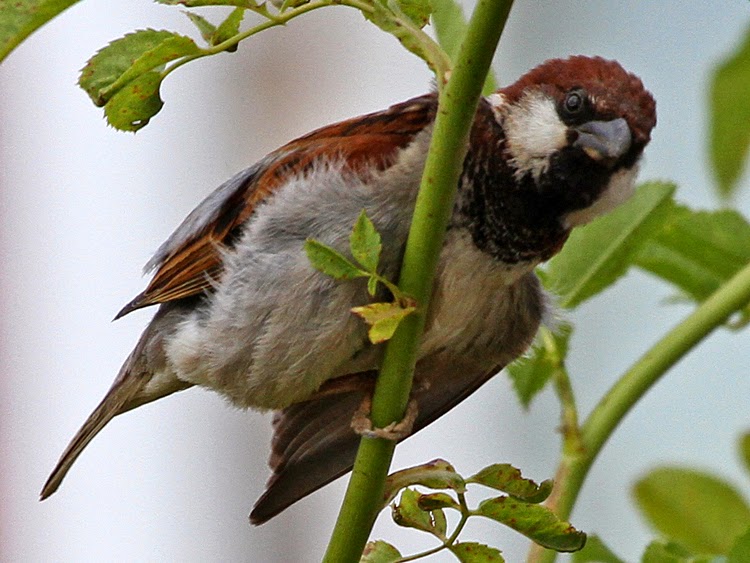 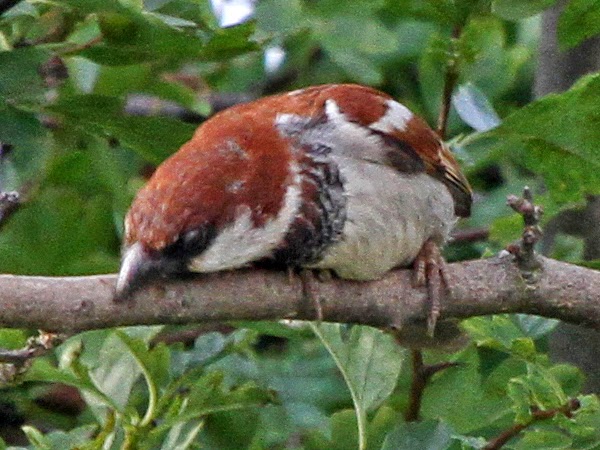 
My original analysis of this bird, along with extra photos, can be found here.  More images of this bird from other photographers and on other dates appear here and here.


Note that Italian Sparrow taxon is now considered to be a result of hybrid speciation.  A population of House Sparrow x Spanish Sparrow hybrids have eventually become stabilised and more-or-less reproductively isolated from their ancestor taxa.