What is a hybrid? (hint: it's not a cross-breed) 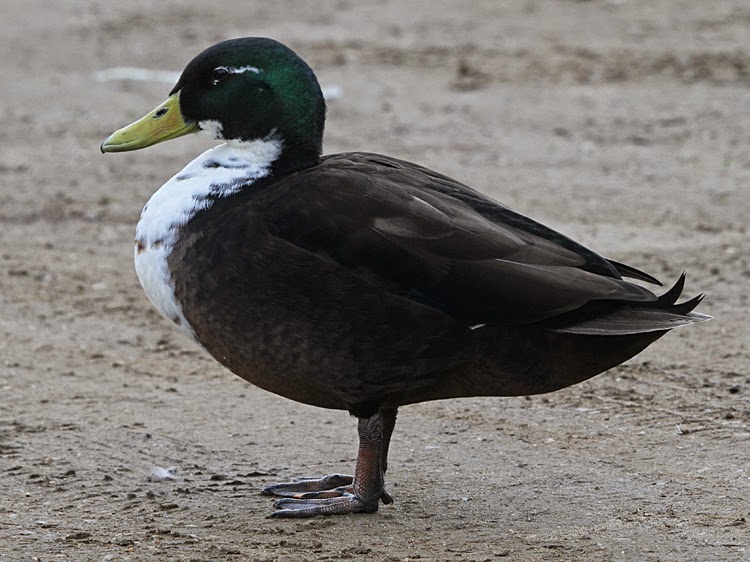 
For the purposes of this project, a bird hybrid is defined as a bird that is the offspring of parents that do not both belong to the same species.  Both parents of the duck shown above were the same species, i.e. Mallard.  One or both of them may have been a domestic variant of Mallard, but both parents were some sort of variant of Mallard even though it looked quite unlike a wild Mallard.  Below is another duck, but this one is a hybrid.  One parent was a Mallard and the other was a Pintail, two different species of duck. 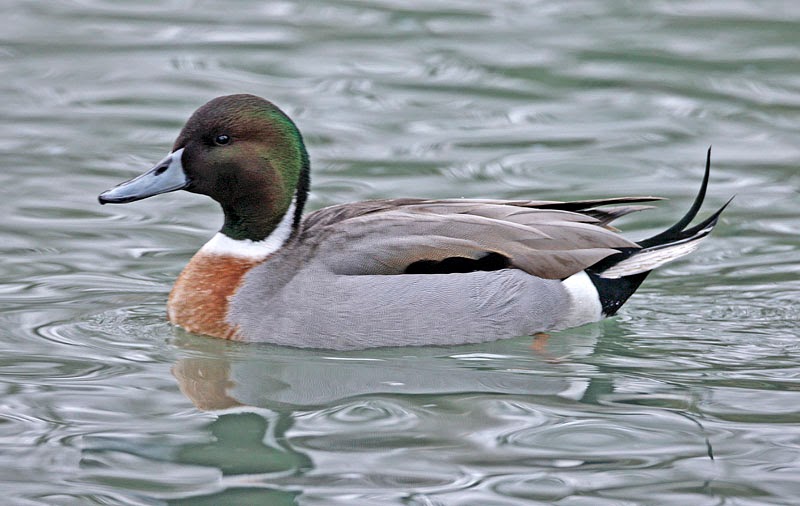 
Different domestic breeds of birds (ducks, geese, poultry) are not (usually) different species.  They have been produced artificially with human intervention through selective breeding.  Nearly all domestic ducks (Muscovy Ducks being the single exception) are derived from Mallards, thus they are all the same species as Mallard - they are domestic variants of Mallard.  So crosses between these breeds of domestic Mallard, and crosses between domestic Mallards and wild Mallards, are still Mallards.  For the purposes of this project, such cross-breeds are NOT regarded as hybrids.

You will find people referring to them as hybrids, but that can be easily explained.  The average person on the street may recognise, for example, Mandarin, Ringed Teal, Fulvous Whistling-Duck, Aylesbury, Cayuga and Rouen Clair as six different types of duck.  They will probably refer to them as breeds of duck.  People who keep ducks, or at least some of the ones I have met, would also refer to them all as six different breeds of duck.  But this doesn't recognise the fact that Mandarin, Ringed Teal and Fulvous Whistling-Duck are three different species of duck, species that occur naturally and in the wild, whereas Aylesbury, Cayuga and Rouen Clair are three different domestic breeds of duck that are all the same species (Mallard).  If people don't make the distinction between different breeds of domestic duck and different species of wild duck, they cannot be expected to make a distinction between cross-breeds and species hybrids.  And so it is little wonder that the terms hybrid and cross-breed are often used interchangeably.  Biologically there is a big difference between a cross-breed and a species hybrid and so it makes sense to understand the distinction.

Bird hybrids, that is hybrids between different bird species, should be of great interest to most serious birders.  They're highly relevant to identification conundrums, they're hugely relevant to conservation issues (e.g. American Black Ducks, White-headed Ducks, etc.), they're central to many taxonomic questions (what's an Italian Sparrow?) and they're very relevant to population dynamics and range expansion/contraction.  There can't be many serious birders whose particular interest in birds isn't in some way impacted by hybrid birds. And yet, in my experience in the UK (I think it's less marked in some other countries) the majority of birders look upon hybrids with disdain.  Why should that be?

In my experience many birders unconcsciously fail to make a mental distinction between cross-breeds and hybrids, even if they understand the difference technically.  Perhaps that's encouraged by a listing mentality - you can't count hybrids on a life list after all - but it seems to stem from an unthinking and non-deliberate muddling of domestic mutts on a farmyard pond and hybrids. In many birders' minds hybrids are dismissed and despised in the same way as domestic ducks. Perhaps that attitude isn't helped by the fact that in many parts of the world, the hybrids most often seen (or at least identified as hybrids) are feral or escaped wildfowl.  Of course plenty of hybrids don't involve ducks and geese, like these ones for example: 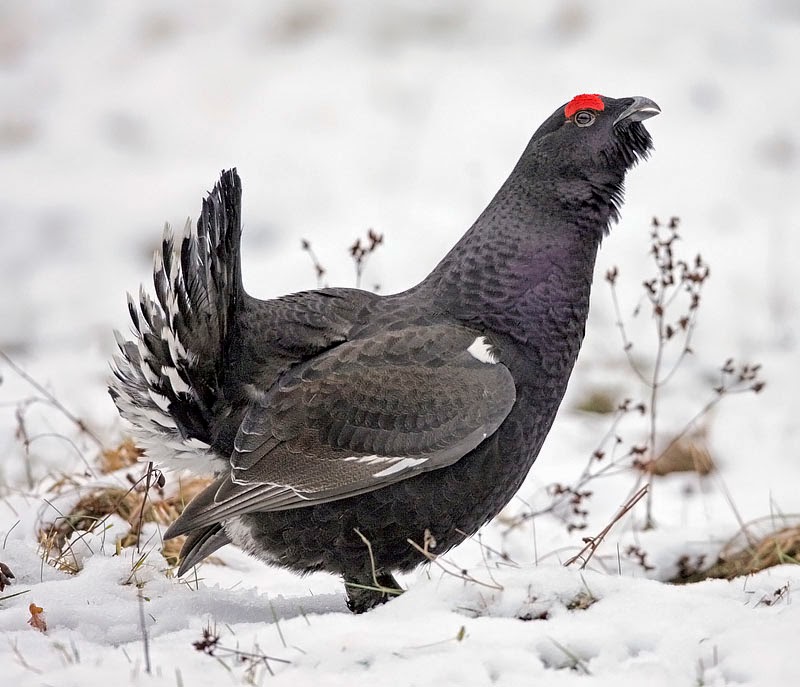 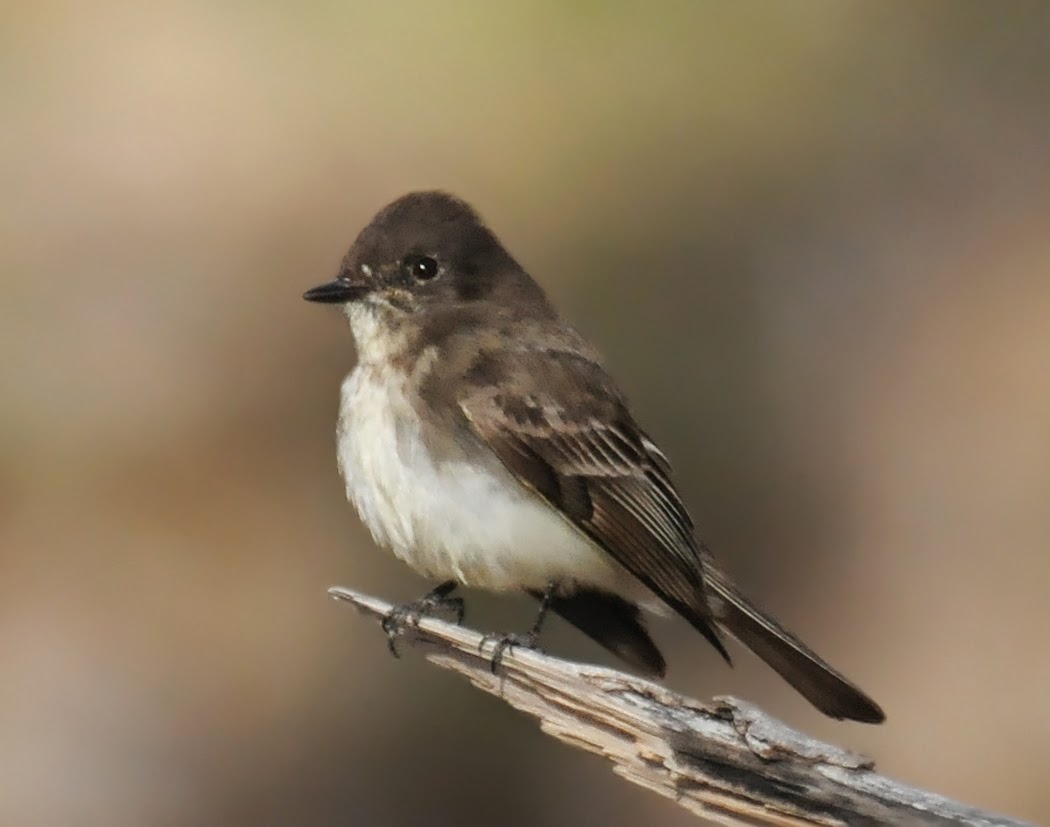 
I believe that the birding community has failed to pay sufficient attention to hybrids and as a result we have missed out on opportunities to to better ourselves when it comes to identification advances, conservation initiatives, taxonomic understanding and much more.  Our understanding of hybrid birds is rudimentary at best and our failure to distinguish between hybrids and cross-breeds is, I believe, contributing to that dearth of knowledge.  I hope this project will go some way to putting that right.