A large proportion of vagrant Blue-winged Teals in spring in Europe are found consorting with Northern Shovelers, so the occurrence of this hybrid is not entirely unexpected.  The above individual was first seen in April 2000 but identified then as an escaped Australian Shoveler.  That error was understandable as this hybrid does closely resemble that species (which occurred in captivity in north Norfolk).  John Kemp, who later discovered and correctly identified it in November 2000, described the differences in an article published in Birding World 13: 460-461.  Structurally he noted that it was slightly less heavy and smaller-headed than both Shoveler species, and with a shorter slimmer bill that was narrower in side profile with less of a 'grinning patch'.  The eyes were dark, unlike Australian and Northern Shovelers which both have yellow eyes, and John described the legs as "rich yellow, not as orange as in Shoveler".

The hybrid occurs fairly often in North America where of course both species are common.  Picking out a female hybrid is a much more impressive, but Steve seems to have done just that - more than once!  The first shot of one below looks a lot like a Blue-winged Teal with a Shoveler's bill!  Steve notes that the relatively cool colour tones make Blue-winged Teal more likely than Cinnamon Teal as one parent. 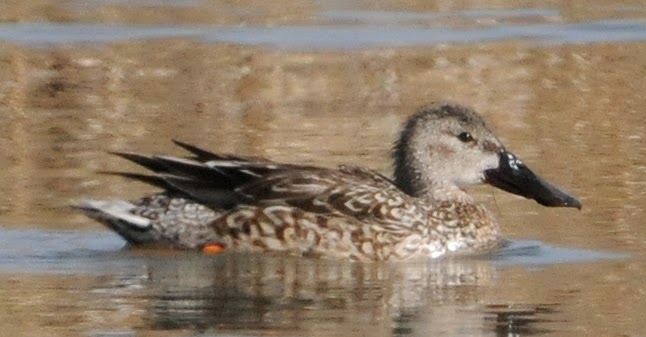 In the next two photos you can clearly see the small size - Steve tells us it that it was nearly as small as a Blue-winged Teal.  He adds: 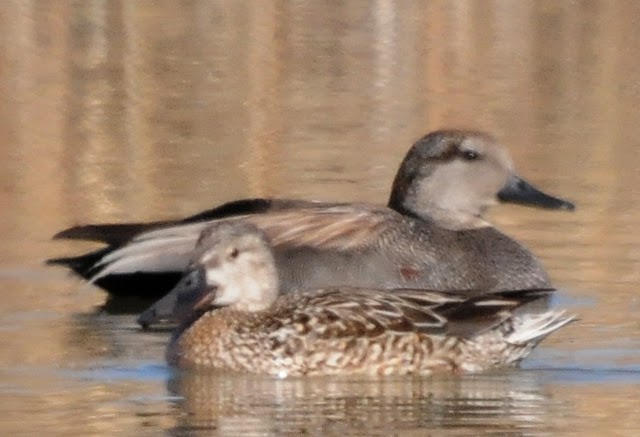 
Steve managed to get some good flight shots of this bird and draws our attention to the white trailing edge to secondaries and pale belly, more typical of Blue-winged Teal than Shoveler. and the limited dark leading edge to underwing coverts, classic for Northern Shoveler. The white bar anterior to the speculum is like that of Shoveler.  In these photos the bill appears a bit smaller than that of male Shoveler, though this is hard to assess. The leg colour seems more like that of Northern Shoveler. 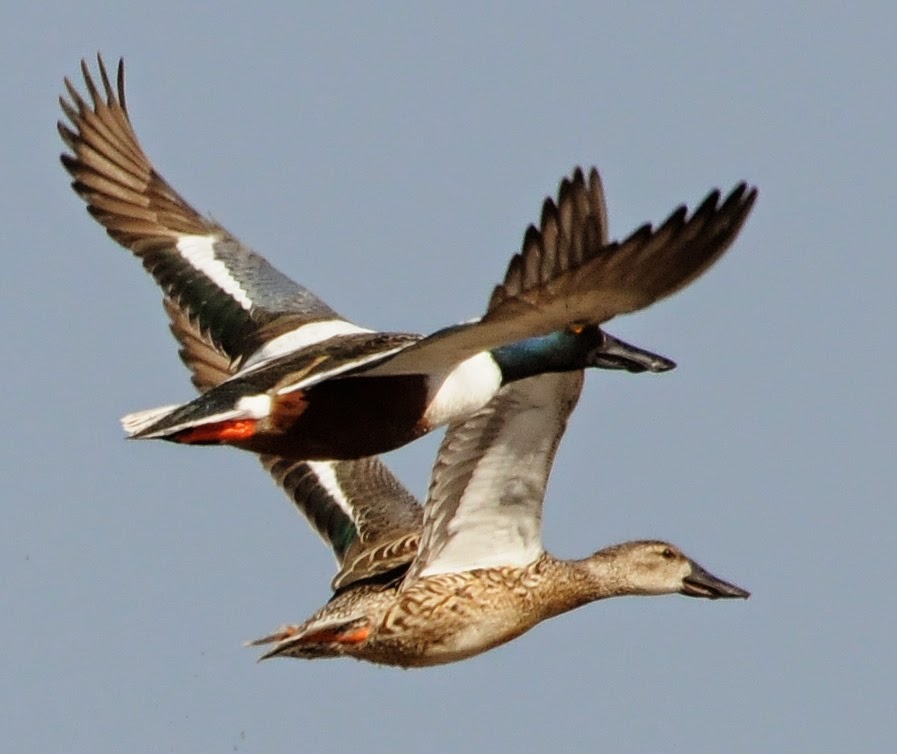 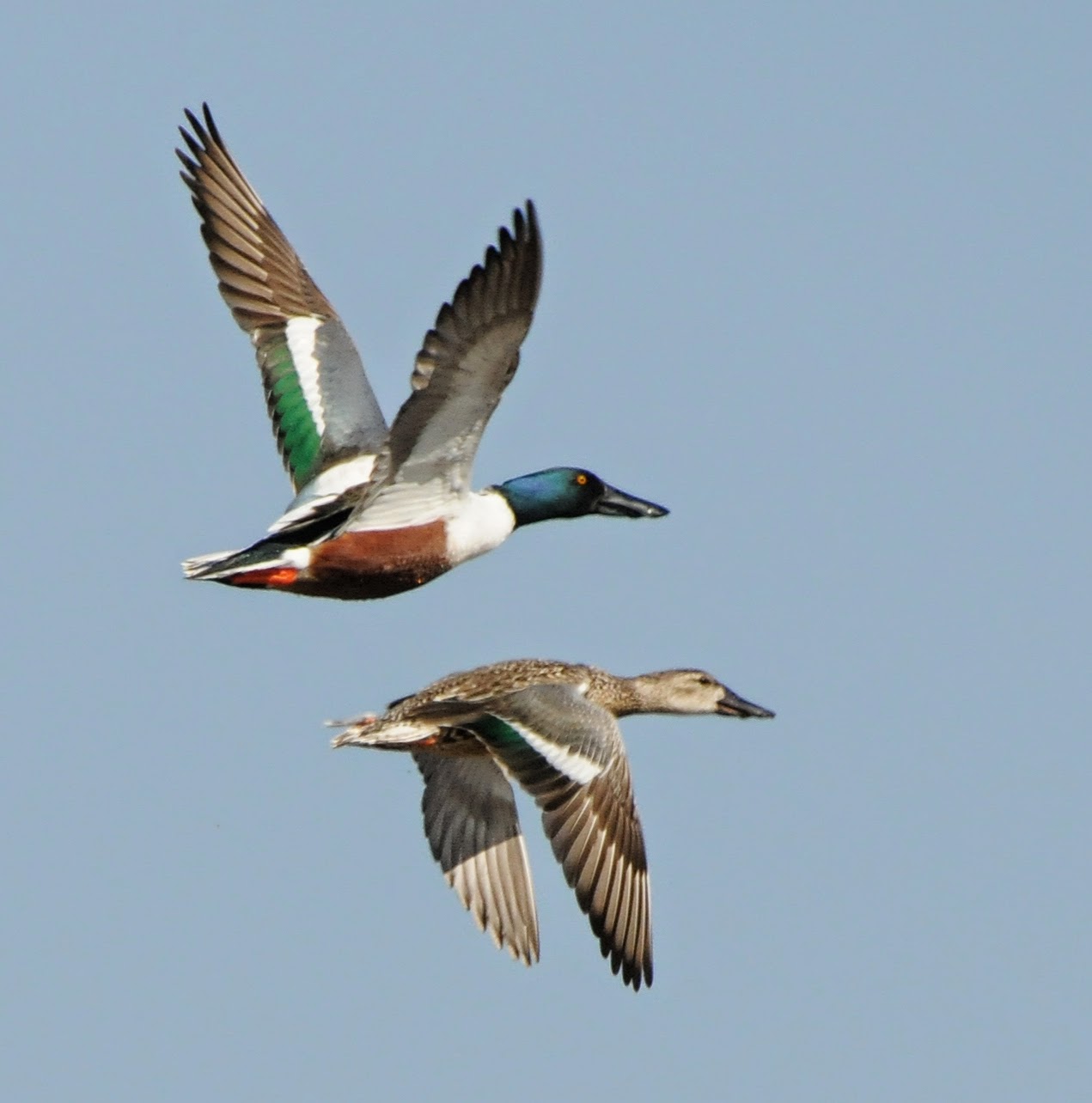 Steve's next one was quite similar.  He describes how it was in between Cinnamon Teal and Northern Shoveler in size, though closer to the teal in that regard.  Its face pattern was like that of a Blue-winged Teal, but not quite as prominent.  The eye showed yellow (yellow-orange?).  The bill was hefty and black, looking much like a Shoveler's in size and shape, though a bit less spatulate (clearly more so than nearby Cinnamon Teal).  In the end, the bird looked like a small Shoveler, with a proportionately smallish bill, very black bill (which some Shovelers will show, though not commonly) and a somewhat Blue-winged Teal-like face pattern (not as evident in these photos as in the field).  The bird was viewed for many minutes near Cinnamon and Blue-winged Teals and looked a bit larger than these photos suggest. 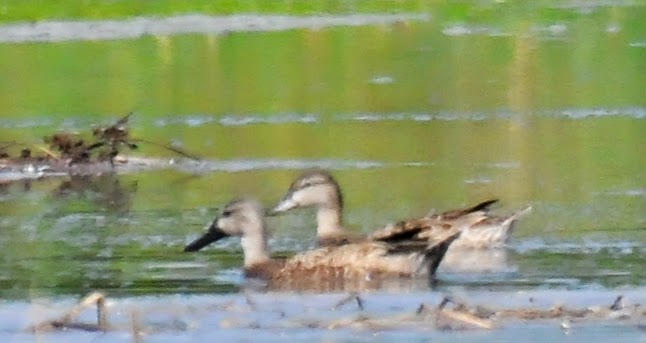 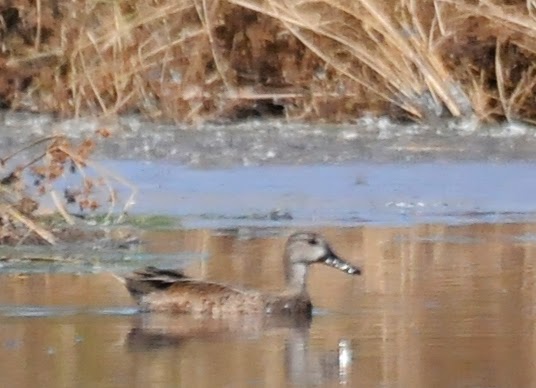 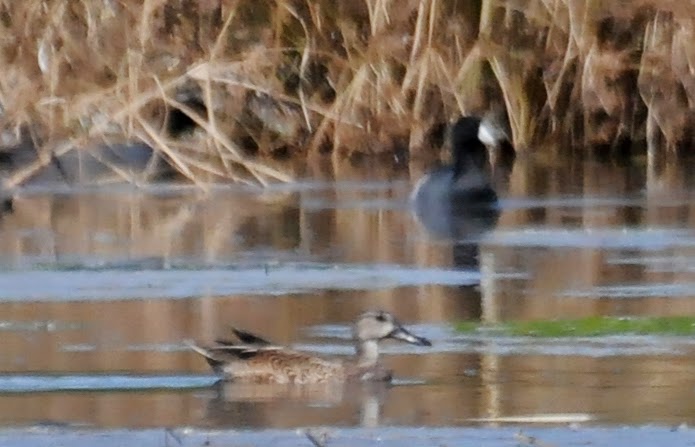 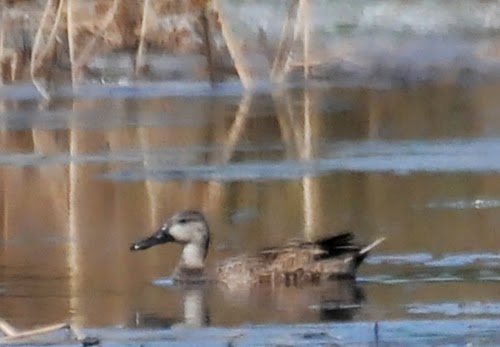 
The next bird was in captivity. Also in the collection were single drake Cinnamon Teal and Blue-winged Teal (the latter apparently a first-winter). On my first visit this was all I saw so this bird could have been paired with either (most birds in the recently re-stocked collection were young pairs), though on a subsequent visit I found a female Cinnamon Teal and also observed this bird keeping company with the drake Blue-winged Teal. 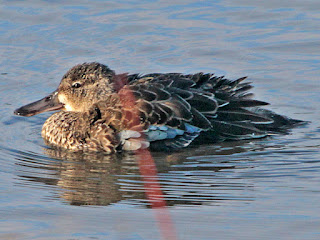 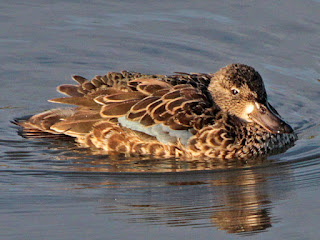 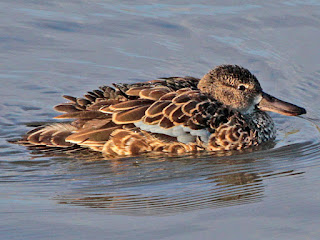 But on my next visit this bird - at least I'm fairly sure it was the same bird - appeared rather different to how it seemed from the photos the first time round. The bill didn't look so spatulate and the colour on it was more subtle. Could this be a pure Blue-winged Teal after all?  Comments welcome! 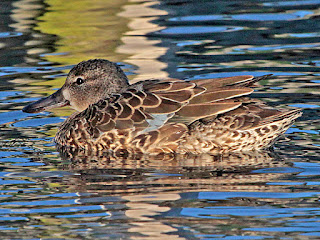 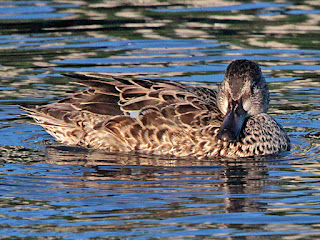 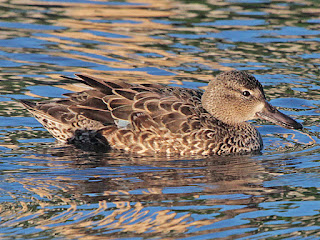 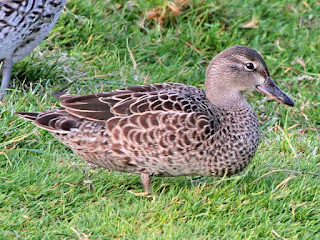 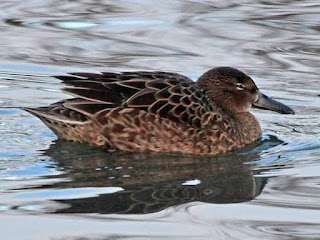 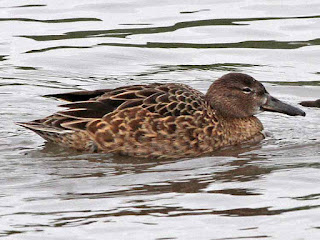 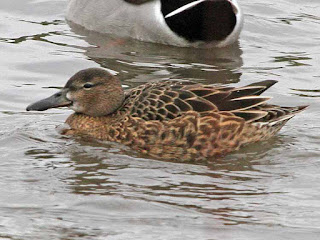 
The next bird has a more clearly spatulate bill which should have rung alarm bells, but nevertheless it masqueraded as a vagrant Blue-winged Teal for a couple of days before its hybrid identity was clocked (at least it was reported on the rare bird news services simply as a Blue-winged Teal into its third day before being corrected). 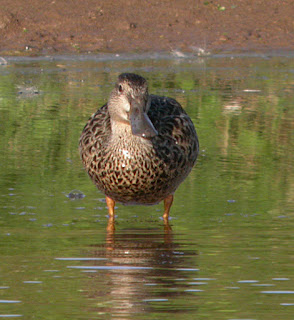 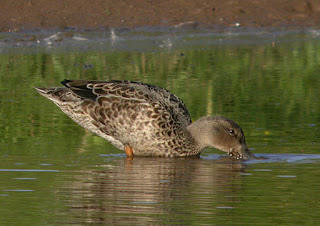 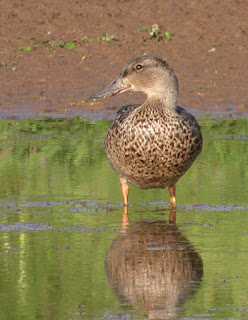 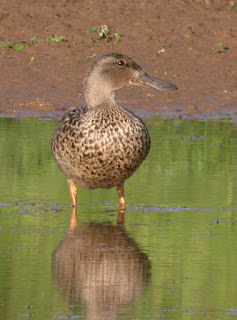 
This same bird reappeared the following autumn when it had developed a more prominent pale loral spot.  Notice how obvious the colour on the bill is when seen from underneath! 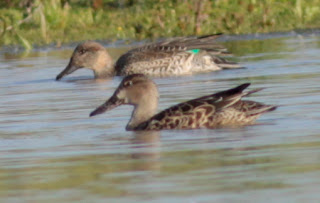 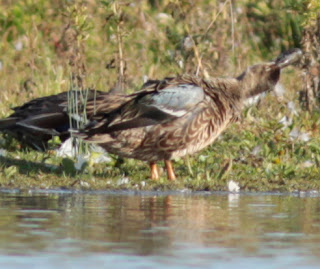 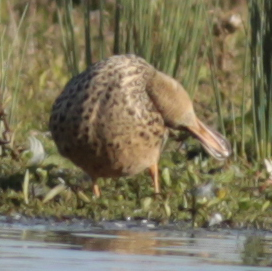 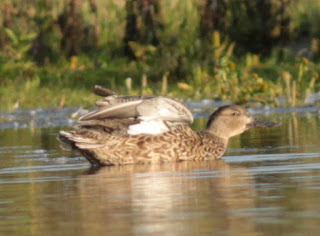 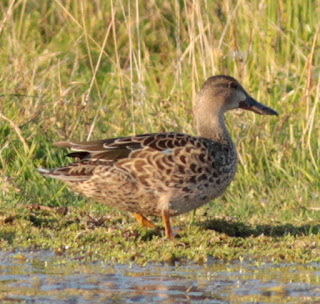 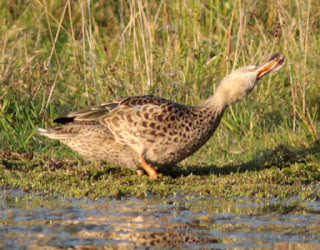 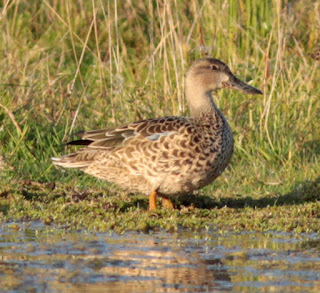